A timely shift in the Turkish-Iranian relationship 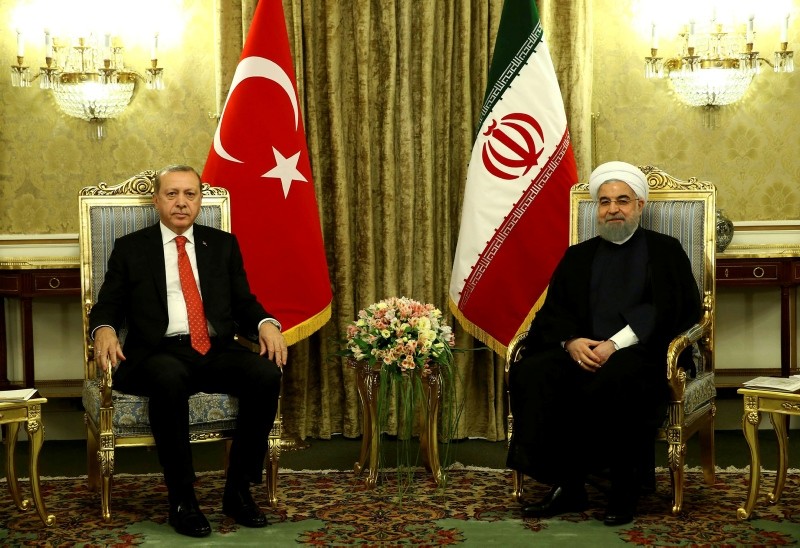 As the Middle East becomes immersed in new waves of unceasing insecurity, Turkey and Iran have not remained untouched. They have been subjected to the same coercive environment and challenged when adopting sustainable policies, both for the sake of bringing back regional stability and maintaining viability in their cooperative projects, all while readjusting their regional interests. Consequently, some major questions regarding the nature of their relations remained unanswered or answered falsely to create rumors about the two countries' relations that, I believe, originate from other super powers' attempts to keep Turkey and Iran off balance.Remember, since the Treaty of Zuhab, also called the Treaty of Qasr-e Shirin, which was an accord signed between the Ottoman Empire and the Safavid Empire on May 17, 1639, the two have not posed any threat to each other's sovereignty, national security and regional security despite geographical proximity, as well as military capabilities and posture.

How come? The will of the leaders from both countries have so far weakened or neutralized threats targeting the region; though, there are now tough challenges ahead of them. However, despite significant differences in terms of government systems, constitutional laws, geopolitical situations and thus in their positioning in regional and international levels, they have been able to successfully take the lead on sensitive issues that affect the collective interests of the region. This balance indicates that the previous rhetoric citing ideological differences, disruptive policy measures and security mistrust has lost its significance in their agenda; and the use of concepts like rivalry, frenemy, etc. in describing the nature of their ties have shifted to "mutual understanding of the threat" and "collective action."

They are now able to balance common threats rather than balancing each other's power. Proof of this progress is that they are, for the first time since 1639, forming an important coalition or alliance and have begun to share a common vision for how the region should be stabilized. Similarly, their alliance seems not to be based on a forced or obligatory dialectical interaction focused on the opportunities and challenges in the region.Academically, the shift in the nature of their ties is researchable through the balance of threat theory and securitization theory.

However, this opinion article only seeks to very briefly discuss the matter followed by a short review of the balance of power and threats.The level of threat one poses is affected by geographic proximity, offensive power and aggressive intentions. Accordingly, the balance of power theory suggests that states ally against threats rather than against a nation's power alone; that is, states form alliances to prevent stronger powers from dominating them and to protect themselves from states or coalitions whose superior resources could pose a threat to their independence.

Likewise, Stephen Walt's Balance of Threat theory suggests that states do not simply balance against another power but against perceived threats. Measurable factors, such as the aggregate power of a state, which is the combination of total military and economic power; geographical proximity of the threat; offensive military power; and offensive intentions all, affect state behavior.

In light of these definitions, their concerns of one another's policies are overshadowed by the ramifications of superpower polices in the region, namely, the U.S. This trend has both dragged Turkey and Iran into a war of words and worked as an incentive for closer cooperation in bilateral security concerns. This argument is supported by the description of "I" as the peace-seeker and "the other" as the tension-promoter in the region, especially since the beginning of the Syrian crisis and before the start of Astana Syria peace talks. This trend has been amplified through news and media outlets both in Turkey and Iran and also through official statements. Such rhetoric has inevitably led to new challenges for these countries while attempting to create a favorable environment for their own foreign policies in Syria and the region. Thus, the regional policies of Turkey and Iran and their concerns have partly intertwined with the policies of global superpowers and partly with the geographic and geopolitical situation.

It illustrates that for Turkey and Iran, the issue that drives the two together is coupled with the U.S.' offensive power and aggressive intentions as it poses a real threat to both their national security and sovereignty and the stability of the whole region. This has created the incentive for these countries to gather more keenly around the negotiation and consultation table, even under the most critical political and security climates, to consult on the regional issues.

There is plenty of evidence of clever moves by both leaders and policy makers from Turkey and Iran during the ongoing war in Syria, even after the recent missile strikes by the U.S., U.K. and France. Turkey and Iran have both accepted the red lines and boundaries of their national interests while respecting all mutual and trilateral initiatives that would potentially lead to peace in the region. At the same time, they have proven their decisiveness in acting against common threats and balancing perceived threats through economic, security and political means.And last but not least, their alliance seems not to be based on an obligatory dialectical interaction focused on the opportunities and challenges in the region. This is a well-timed shift in the bilateral relationship meant to create a "strong Middle East" rather than a struggle to become the "strongest regional power."