Countdown to the system change in Turkey 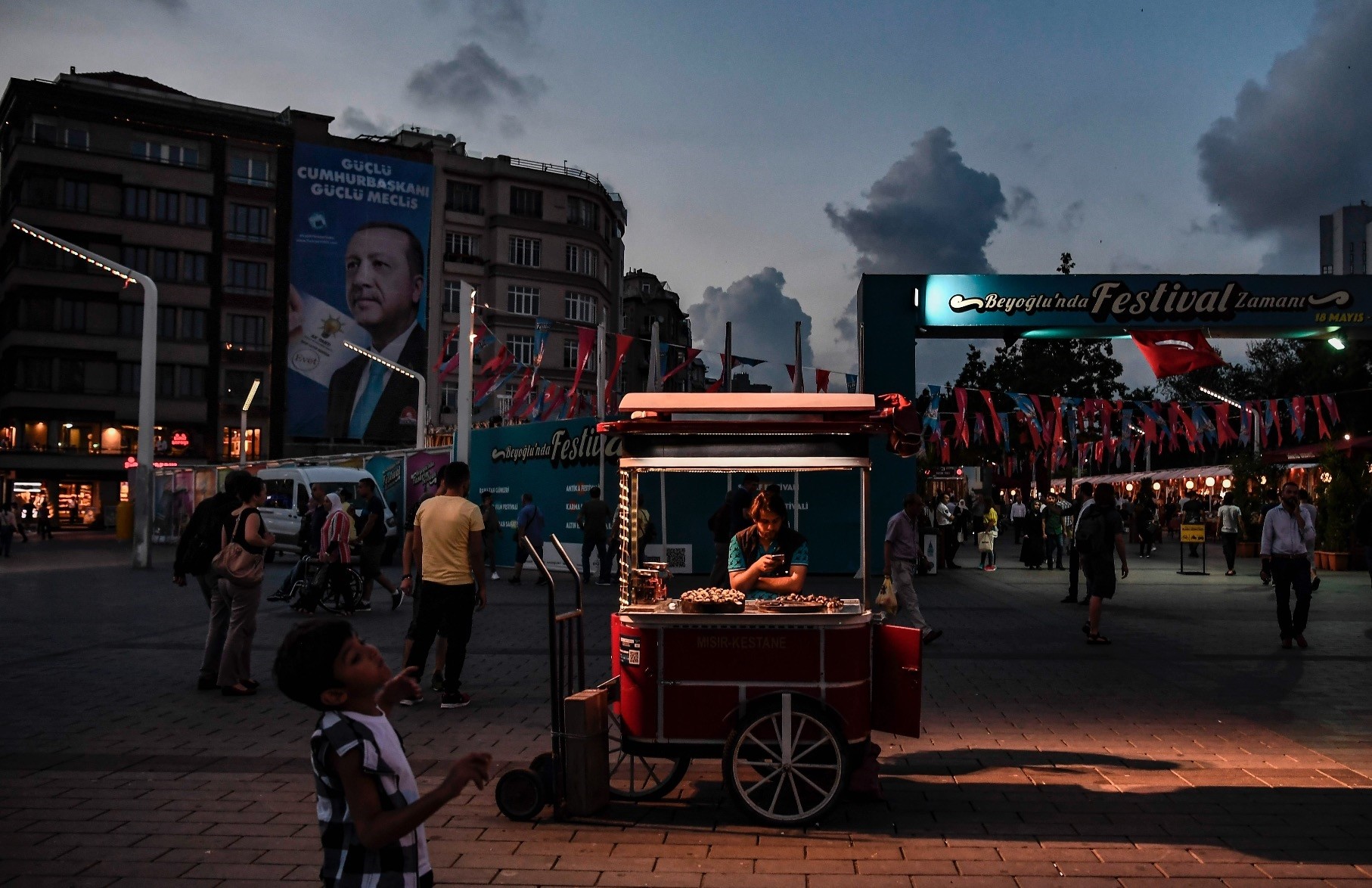 I am writing this piece on the very day of the inauguration of one of the most important projects in the history of Turkey – the Trans-Anatolian Natural Gas Pipeline (TANAP) set to transport Azeri gas to Europe. Turkey has always overcome any problem in its path and has been able to conduct big projects one after another. At the same time, it has implemented extensive political reforms. Indeed, Turkey is set to switch to a presidential government system with a reform package adopted on April 16, 2017, and is going to put this system into effect soon with the upcoming elections on June 24.

During this historic period, I served on the Parliamentary Constitution Committee. To tell the truth, it required some difficult and intense work. At a time when the opposition, especially the Republican People's Party (CHP) and the Peoples' Democracy Party (HDP) resorted to physical violence, we had to debunk lies and slander instead of discussing the new system in a rational manner.We had to deal with disinformation intended to sway public opinion – though the reform bill was nothing like what the slander had suggested. The opposition claimed that the new system would lead to dictatorship by effectively shutting down Parliament.

However, the newly introduced system is among the three government systems implemented in many democracies around the world. Moreover, current examples in the world were taken into consideration and a model specifically fitting Turkey was brought forward after ironing out the wrinkles. For instance, it contained a provision about calling for elections. If it becomes virtually impossible for the president and Parliament to work together, both would be able to call for new elections to save the five-year term from being wasted. If the president decides to renew the elections, he or she would lose one of the two terms in office. For example, if a president goes to the polls in the second term, it would mean the end of his or her political career since running for the third time is impossible.

On the other hand, Parliament faces no such limitations. It can call for elections with a three-fifths majority, with parliamentary and presidential elections being held together. That means Parliament is more powerful than it was in the past. Besides, Parliament has the power to take the president to court now. In the event of a state of emergency, unless the decree is submitted to and approved by Parliament within a certain period, the practice would automatically come to an end. The new system contains many similar checks and balances, while the old system contained no such provisions. For example, in the old system, despite having extensive power, presidents enjoyed lifetime immunity from prosecution.In line with the new system, various arrangements were made. One of them was the "alliance law." The CHP and HDP strictly opposed this too and put forward questions, such as has not the era of coalitions, come to an end?

They depicted it as "dirty alliance" and accused the Justice and Development Party (AK Party) and the Nationalist Movement Party (MHP) of "stealing votes." But it had nothing to do with coalitions or evil intentions. Parties would form alliances before elections legally, thus voters would not be deceived as they know before even casting their votes what awaits them. Since presidents embody the government, there would be no coalition at all. A government would be formed as soon as the president is elected. Electoral alliances would only ensure synergy and vote-sharing. If the alliance in question is not embraced by the electorate, it would lose in the polls anyway. Though the bill was proposed by the AK Party and MHP, all parties can benefit from it.

Furthermore, a much more democratic measure was also introduced. Parties entering an alliance would overcome the national 10 percent threshold. If it joins an alliance, even a party receiving only 0.1 percent of the vote would win seats in Parliament in proportion to its vote share. Indeed, the AK Party and MHP formed the People's Alliance. On the other hand, those severely opposing this law formed the Nation Alliance. The HDP chose not to join any alliance; or rather, the CHP, which has recently become the HDP's soulmate, did not dare to include it in its alliance due to the former's ambiguity towards violence. But the three parties that allied with the CHP, which may have failed to pass the 10 percent threshold alone, will win seats in Parliament thanks to the alliance. Thus, almost 100 percent of the electorate would be represented in Parliament.

That's what the new system, which they opposed by distorting the facts, brought.

So why has the opposition objected to changes that ease their way? The AK Party changed a system that allowed it to rule the country by getting some 40 percent of the vote, raised the bar to the level of 51 percent and made things harder for itself. It has allowed the opposition to join forces, strengthening democracy. So why are they objecting to such changes?The main opposition CHP hasn't ruled the country alone since the One-Party Era (1923-1950). It represented the bureaucratic establishment, not reaching out to the people except for a brief period under Bülent Ecevit (1977). Since it defended elites and bureaucracy by functioning as their representative in Parliament and remained close to the bastions of tutelage, the CHP had never been seen as trustworthy by the people. For instance, during the presidential election crisis in 2007, it openly supported the instruments of tutelage, which issued a memorandum and conducted a campaign against the AK Party's candidate due to his hijab-wearing wife. As a result, most people did not trust the CHP, not counting on it to represent their will.

The presidential government system, however, will give the people the real power. It renders the executive and legislative directly and the judiciary indirectly subject to popular will. The CHP has not liked this at all. The new system strengthened the center of the political order making it impossible for marginal forces to come to power while facilitating their representation in Parliament. In other words, both stability in government and fairness in representation were ensured.

The CHP has wasted the last 16 years which saw an uninterrupted AK Party rule. It has not shown determination to establish an organic and sincere relationship with every segment of society. Instead, it sided with initiatives to overthrow the government through extra-political means and even openly supported them. As the latest system change has further strengthened the national will, the CHP perceived it as its "nemesis." The CHP has tried to capitalize on the wave of discontent among various circles in the world toward Erdoğan, who stopped sharing sovereignty and pursued national policies, sending the message that it is "a reliable partner." But these messages have elicited annoyed reactions from the people.

The upcoming elections on June 24 have already turned into a competition between two blocs rather than a race for power among parties. The sole promise of the "jerry-built" Nation Alliance is to topple Erdoğan. The CHP's presidential candidate Muharrem İnce, Good Party's (İP) candidate Meral Akşener, Felicity Party's (SP) candidate Temel Karamollaoğlu and the HDP offer only this pledge to people. Apart from that, they promise to suspend all big projects. That's why it is called the "demolition alliance."

It appears that the opposition cannot go on like this after the elections. The CHP base is tired amid despair and purposelessness. CHP leader Kemal Kılıçdaroğlu has tried to mask his political weakness by stoking polarization and anti-Erdoğan sentiment. He has not won any elections since taking the party's helm. In no other country in the world can the main opposition leader remain in his seat after so many failures. In fact, he should not because a center party's primary mission is to offer an alternative to the ruling party. But the AK Party gets twice as many votes as the CHP, and CHP is on a downward slope.

So, the abnormality is not about the ruling party but the main opposition. Politics is not war, but competition. The AK Party and Erdoğan are legitimate actors, getting 50 percent of the vote – or at least 25 million votes – in every election. It is impossible to garner 50 percent of the vote only by demonizing these actors. Simplistic rhetoric intended to court conservative voters during campaigns does not help, either. It is necessary to respect voters and win their trust.

Democracy functions much better in Turkey than in many parts of the world. Parties and various segments should compete in this environment, leave behind extra-political engineering and reach out to the masses. Turkey has closed the chapter of coups and proved this by foiling the July 15 coup attempt.