The lone president: Trump's isolation from the White House, his Cabinet and the world 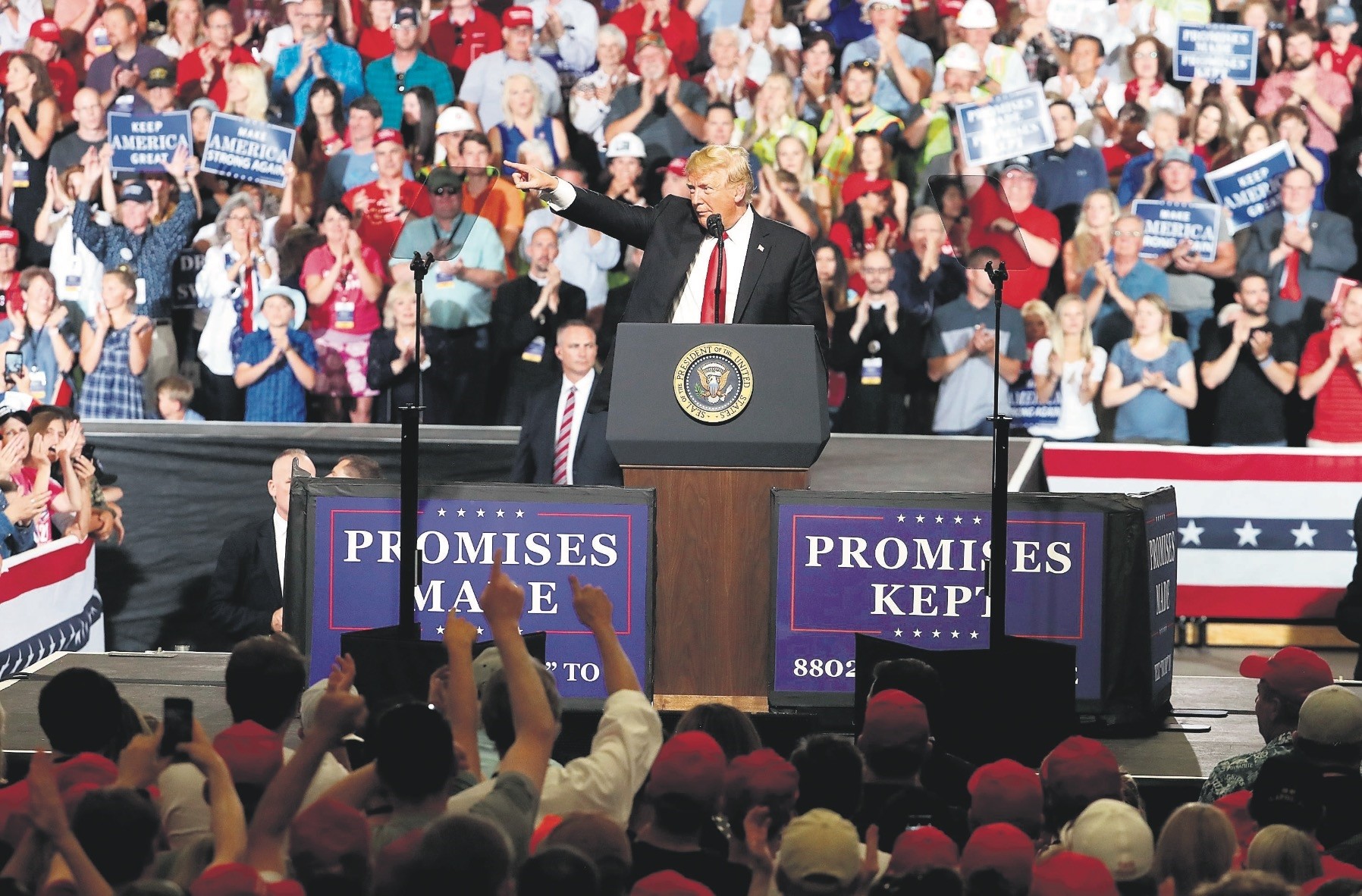 Without any doubt, Donald Trump will be one of the most debated presidents of the United States. While it would be very difficult to speak about a specific Trump doctrine or legacy, Trump's years in office will be associated with volatility and isolation. Trump's moody character has led to a volatile domestic and foreign policy, which has resulted in the isolation of Trump not only within the White House but also from his own Cabinet and many world leaders – something not common for the leader of a hegemon state.

Starting from the West Wing, many confidants of Trump have either resigned, forced to resign or have been fired. While in general, Trump has changed approximately 40 percent of his administration, only within the White House, Trump has lost at least four of his most important aides. Among the first names that can be mentioned is Reince Priebus, Trump's former chief of staff who was later replaced by John Kelly, whose resignation has been frequently discussed lately.

Another important figure that left Trump was his chief strategist Steve Bannon, who played a crucial role in the electoral campaign. Jared Kushner, Trump's son-in-law- and senior adviser at the same time, has been out of the spot light since his security clearance was relegated and was not allowed access to important intelligence and documents. Lastly, Hope Hicks, Trump's communications director and one of the closest people to Trump, left office just a couple of months ago.

If we look at Trump's Cabinet in general, the turnover is even higher and important figures such as Rex Tillerson and H. R. McMaster have been replaced. These oft-occurring changes within the administration have a two-fold impact. First of all, those who have left have taken knowledge and experience with them, leaving to the newcomers no other choice but to start from the beginning. This does not allow the administration to follow a specific and stable policy. Secondly, with so many vacancies in the White House, Trump – a politically inexperienced president – is left alone. This increasing isolation of Trump has resulted in many juvenile policies which have paved the way to further isolation of Trump at the national and international level.

Trump's isolation goes further than the West Wing. Trump's own Cabinet, in more than a few cases has negated the president's statements. As a result, many of the American policies have started to be directed from individual interests of different officials; such isolation has impeded Trump to pursue the intended policies and has transmitted the image of a divided administration to the world, seriously damaging Trump's reputation, but most importantly the U.S.' reputation. For some time now, one of the most visible clashes has been between Trump and the Pentagon. In recent months, the American troops in Manbij, Syria and U.S. support to the People's Protection Units (YPG) have been the main reason behind the conflict.

Trump's often-quoted statement that the U.S. will be "coming out of Syria, like very soon" was directly contradicted by the Pentagon, which has been considering sending more troops in Manbij to support the YPG. On the other hand, Trump's stance was supported by the U.S. Department of State taking into consideration that at the beginning of June the U.S. Secretary of State Mike Pompeo, and Foreign Minister Mevlüt Çavuşoğlu, decided upon a road map on power-sharing in Manbij, resulting in the withdrawal of the YPG forces, something requested by Ankara for a long time.

Such a policy has caused more divisions not only between the Pentagon and Trump but also among members of the U.S. Senate and Congress and the U.S. seems to be very unreliable and indecisive in terms of its strategy regarding Syria. In the light of this, Trump's isolation within his own Cabinet has resulted in inconsistency and a failure of the U.S. to play a decisive role in the international arena.

Leaving aside the domestic divisions, many historical allies of the U.S. have alienated Trump; this became obvious mainly in Canada during the G7 summit where we were faced with a picture of "Trump vs. the World." After slamming both NATO and the EU, Trump did not agree to sign the joint statement at the end of summit arguing that the U.S. paid "close to the entire cost of NATO" to help protect countries that "rip us off on trade." Following these events and just a couple of days before the Trump-Vladimir Putin summit in Helsinki, it is claimed that Trump has sent letters to the leaders of Canada, Germany, Spain, and the Netherlands where he has stated that the U.S. may change the stance toward NATO and that these states have not paid their dues, while taking advantage of the U.S.

In just less than two years in power, Trump has walked away from any possible path that has been designed by most of the American presidents until now. A result of these policies has been his isolation within and outside the U.S. With fewer people by his side and with allies turned into adversaries, Trump's presidency is questioned more than ever. Due to the lack of a possible doctrine or clear strategy, it can be asserted that Trump is guiding the U.S. on the basis of his instincts. However, at a time when the global order is in an existential crisis, Trump's instincts may prove to be dreadful for the global hegemon.