Correlations between the new governing system and the economy's future 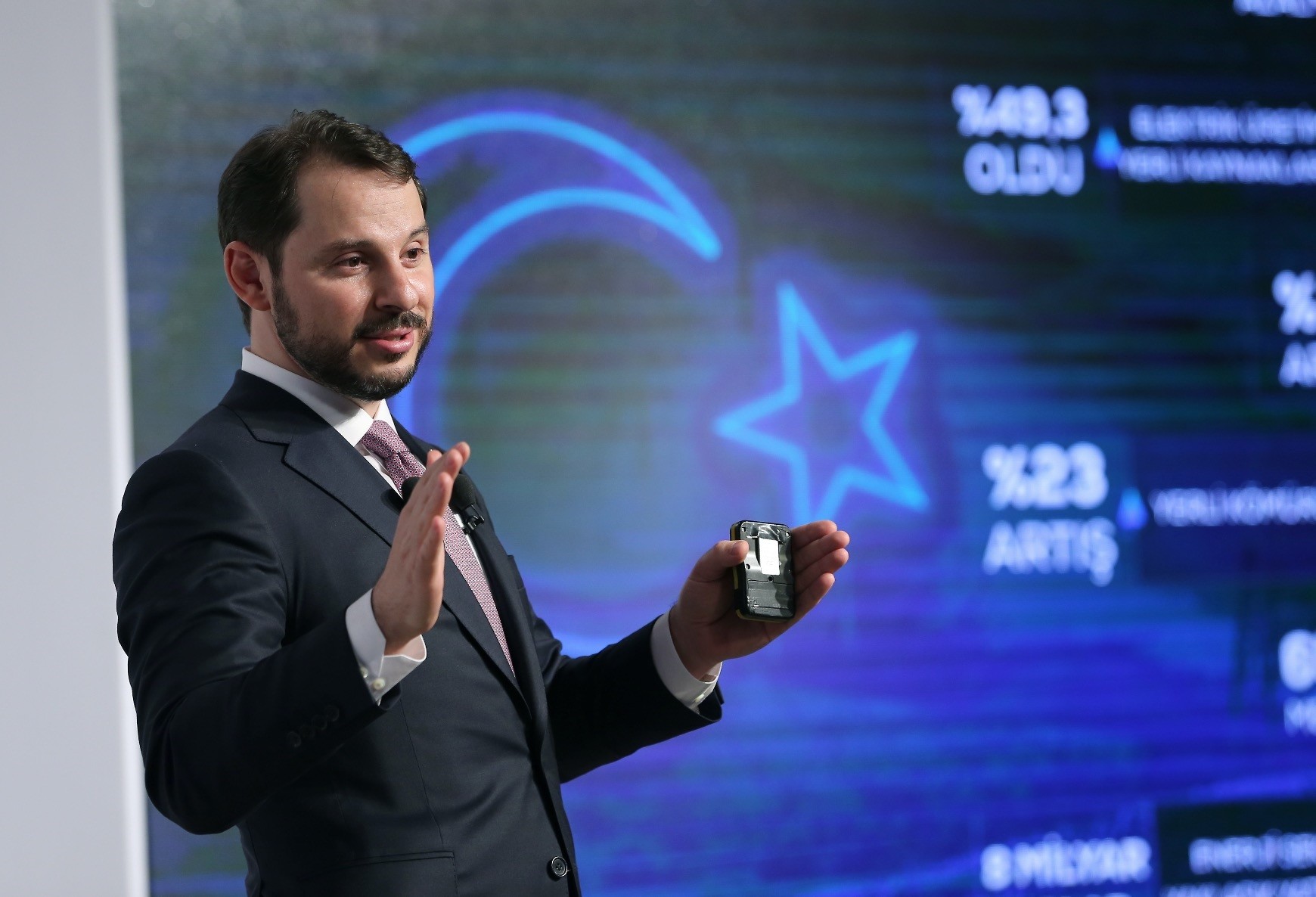 Berat Albayrak, the treasury and finance minister in the new presidential system, speaks during a meeting on the future plan of Turkeyu2019s energy policies while he was in office as the energy minister.
by Mariam Kavakçı Jul 23, 2018 12:00 am

In the new presidential system, Turkey, under the leadership of President Erdoğan, is set up for a productive and stable economy along with a number of other developments

The Central Bank of the Republic of Turkey issued an emergency interest rate hike last month in response to the currency crisis and inflation rate. The decision was made in response to the drop in the lira's value since the beginning of the year. The central bank's move was futile nevertheless. The lira's value increased only briefly and dropped to new lows, indicating that investors were not convinced that the central bank has a solution. What more, the central bank has made interest rate regulations against the president's will. This situation caused a great deal of angst for President Recep Tayyip Erdoğan supporters which comprise a majority of the country. Prior to his victory in June, Erdoğan listened to his people and made a promise that he will lower interest rates if he is re-elected.

To better understand the issue at hand, let's consider the opposition's view. They argue that independence of the central bank is critical to stabilizing Turkey's economy presumably because, and only because they disagree with Erdoğan's stance. First and foremost, there is a clear distinction between independence and detachment. There is no doubt that the central bank is an independent entity; however, the president's control over fiscal policy should not be restricted. The reality is that without the president's input, the economy may falter even further. One example is the central bank's insistence on raising interest rates. There is no justification for this move. Higher interest rates mean higher borrowing prices, which will in turn deter investors. An even more fundamental issue is that the concept of charging (or receiving) interest is unethical and violates the teachings of the religion that a majority of Turkish citizens identify with. Thus, in addition to harming the economy, the central bank's position also disregards the beliefs of the citizens of Turkey. As President Erdoğan stated during one of his speeches in May, interest is "the mother and father of all evil."

And despite the central bank's recent failure at reining in inflation, secular economists in Turkey propose an even higher interest rate hike. One needs to consider the statistics before making such suggestions. Economic data from the country show a positive correlation between interest rates and inflation. This pattern is not just true for Turkey; it is also evident in numerous other countries including the United States and United Kingdom. A potential solution is for the president and the central bank to work together in establishing a fiscal policy in line with ethical macroeconomic principles which Erdoğan has been vying for since the very beginning. Prior to the election on June 24, Erdoğan said, "If my people say continue on this path in the elections, I say I will emerge with victory in the fight against this curse of interest rates." The people listened, and cast their votes accordingly. Fast-forward a few weeks and Turkey is already on its way to a stronger and healthier economy.

President Erdoğan's victory in last month's election has come as a relief to many. While some have raised concerns about how much power the president will have, others are able to see that the new system was designed in a way that would make it easier to make the right decisions. The process begins with working with the appropriate people who put their own biases aside to ensure the wellbeing of the nation. Indeed, Erdoğan will be exercising his right as a democratically elected president to appoint the head of the central bank. It would be dysfunctional to have a detached central bank. History points to the power of collaboration when leaders and officials work together. A successful fiscal policy can only be established by mutual agreement and collaboration between the president and the head of the bank. By electing the person most fit for that position, Erdoğan will be ensuring that a shared vision of economic success is secured. In the past, the central bank's actions without the president's permission caused the lira's value to plunge instantly. The decision makers were inconsiderate and overlooked an important fact; that is, a short-term solution cannot fix a long-term problem. Erdoğan's plan, on the other hand, is designed with the future in mind just as all his plans in the past have been.

There is little reason to doubt Erdoğan's ability to save the Turkish economy. His impressive track record speaks for itself. When Erdoğan came into power 16 years ago, he resolved a much bigger economic disaster left by the previous government. Take, for example, the astounding interest rate of 63 percent. Erdoğan reduced that number to single figures. Likewise, inflation which was approximately 30 percent has also gone down to single digits all the while investments and productivity have increased. Currently, Turkey's GDP is ranked 17th in the world with a steady growth record since Erdogan came into power over a decade ago. These facts must not be ignored.

It is no mystery why President Erdoğan continues to be victorious. As a result of his party's efforts, minimum wage and minimum pension payments to the lowest echelon have increased. Rather than adopting fallible "trickle down" logic as some presidents have, Erdoğan takes a bottom-up approach supporting equity and fairness for all of his nation's citizens, including those who live in poverty. The new presidential system will give Erdoğan, a leader who embodies fairness and justice, the same powers any other president in the world has. What is considered democracy in one country cannot be labeled an autocracy in another. The double standard is unacceptable and will not fool anyone who understands the true essence of democracy. Why then is it that Erdoğan is labeled an autocrat by the international media? Could it be because he is a faithful and successful Muslim? Or perhaps because he is the only leader who stands up to the injustices committed by countries like Israel? These are the questions the world should be contemplating about.

Undoubtedly, there is strenuous work to be done for Turkey to reach its economic potential. To this end, the presidency is already working on a detailed economic reformation plan. The president made yet another positive move recently by appointing Berat Albayrak as the Minister of Finance and Treasury. Albayrak's history of successes in his previous role as a minister is anticipated to continue. These and other strategic moves by Erdoğan will ensure that Turkey's economy grows over the next several years.

Don't take my word for it, though. Consider the statistics once again. The International Monetary Fund (IMF) estimates that Turkey's economy will be the 13th largest in the world by the year 2026. It is also projected that the current and already impressive per capita income of $11,000 is expected to double within the next 5-6 years. Looking even further, Goldman Sach's economic projection report ranks Turkey 9th in the world on its list of largest economies by 2050.

Given the progress Turkey has already made, with the results of the election being the most recent one, majority of Turks are in high spirits. Under the new presidential system, Turkey is set up for a vital and stable economy among many other developments. As citizens of this great nation, we look forward to doing our part by working relentlessly to create a stronger economy. We know it won't be easy, but with God on our side and Erdoğan as our leader, anything is possible.