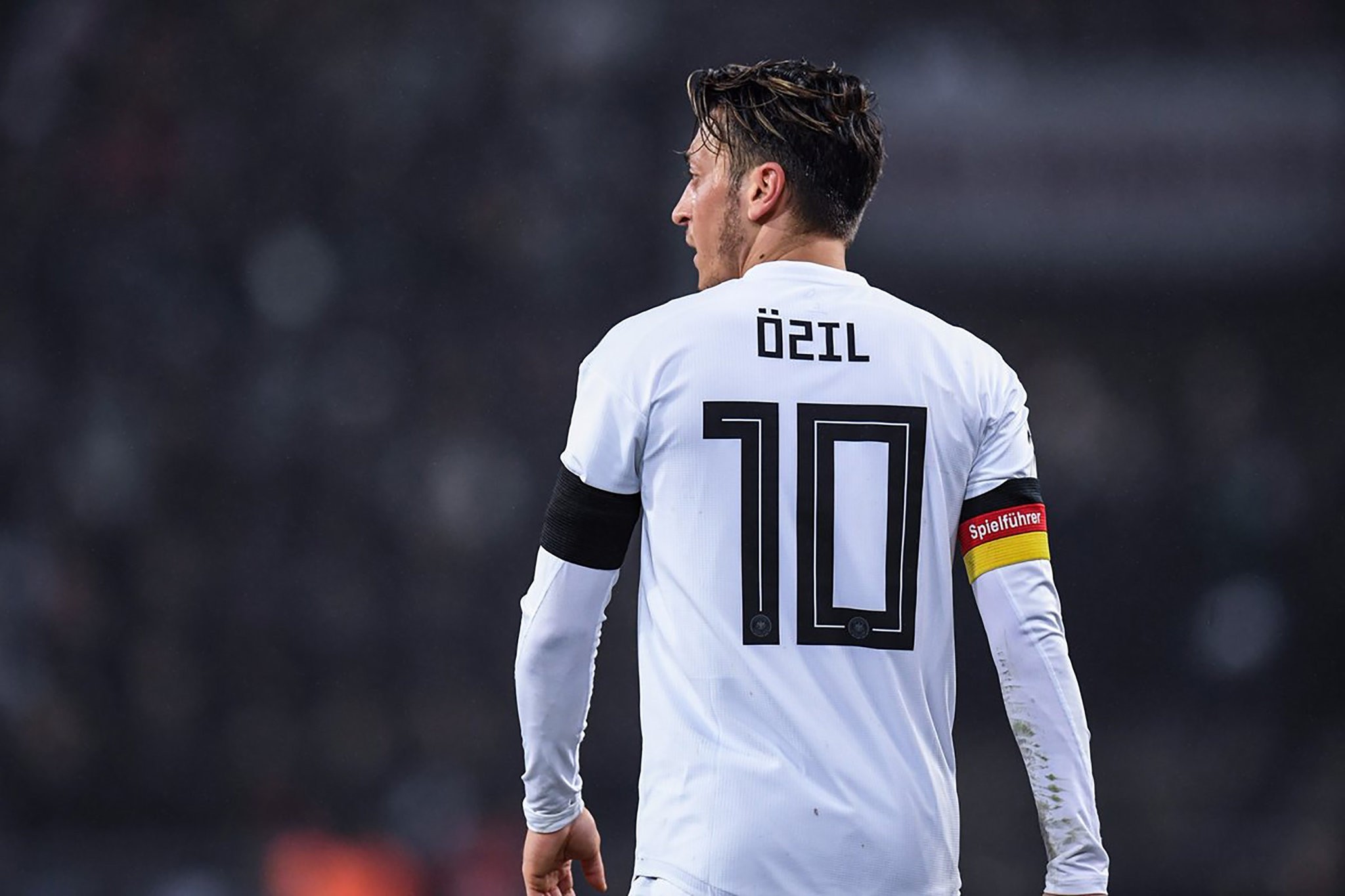 The quote "I am German when we win, but I am an immigrant when we lose" in Mesut Özil's indirect farewell letter to the German Football Federation (DFB) last Sunday is, on one hand, a shocking revelation of how the DFB, at least at its top, has turned into an unfair, unjust and above all else plain anti-Turkey organization.

On the other hand, it is an equally saddening reflection of how some vociferous far-right segments of the German society try to use Turkey as a means of reaching their heinous goals of turning back the German democratic clock and create an anti-liberal, authoritarian system.

But let us first look at Özil impressive rise to football glory. A footballer of Turkish origin born and raised in Germany, Özil is a role model for his generation, both on and off the pitch.

Özil is a real world-class footballer. He played 92 matches for the German national team, scoring 23 goals and making 40. He lifted the World Cup in Brazil in 2014 and five years before that big moment, he won the U-21 European Championships in the German colors.

Let us now take a look at his club performance record. Özil has played in the world's top three football leagues, Bundesliga, La Liga and of course the English Premier League. Currently, at Arsenal, he has scored 27 goals and provided 50 assists in 142 appearances. At 29 years of age, Özil has indeed had a stellar career by any standards; one which is set to continue for many years to come.

Yet, in one of the three countries he played in, Özil no longer seems to be welcome as a sportsman. Apparently and according to the DFB, many in the German media, and the country's far-right circles, he alone is to blame for a dismal performance by the German national team during this summer's World Cup in Russia, eventually won by France.

Indeed, individual footballers often have to take responsibility for their team's losses, and in particular, if they make a lot of individual mistakes. Nothing out of the ordinary; think of an unlucky goalkeeper carelessly giving the ball to an opponent five meters away or a frustrated striker missing five crystal-clear chances.

But none of these applies in Özil's case and how well he played this year in Russia. And most definitely not if measured over the past ten years when he proudly wore the German shirt and turned into a national hero. To the contrary, in Russia, the entire team collapsed and presented anything but good football. Still, it was Mesut Özil's fault and his alone.

Looking beyond 'that' photo

The real reason why Özil was singled out as the bad boy has got nothing to do with his, or what is since Sunday his former team's performance at a specific tournament. It all boils down to a set of photos he had taken with President Recep Tayyip Erdoğan. It happened during the month of May earlier this year at a charitable and educational function in London and upon Erdoğan's visit to meet Queen Elizabeth II and Prime Minister Theresa May.

Completely used out of context in the German media and by the DFB in particular, Özil was all but in name declared a traitor as after all he plays for Germany, not in the Turkish national team. Why would some say a traitor? According to the wave of uneasiness, which soon turned into a series of open verbal attacks against Özil, he had committed a serious error no one wearing the German colors is ever allowed to: Shake hands, pose for photos with what many ill-advised center-right and many lunatic far-right actors in Germany would refer to as the mother of all evils; first, a leading Turkish politician, second, President Erdoğan himself.

Could Özil speak out in public, explain his thoughts? Why should he as he did nothing wrong!

Anyhow, it was too late: Soon Özil became another hate figure. He was accused of selling out his German credentials. And thus the media and the DFB created the atmosphere in which it was clear Germany would never reach the knock-out stages.

Özil wrote Sunday that "for me having a picture with President Erdoğan wasn't about politics or elections. It was about me respecting the highest office of my family's country." He said, too that "whilst I grew up in Germany, my family background has its roots firmly based in Turkey. I have two hearts, one German and one Turkish." He mentions as well that "arguably the issue that has frustrated me the most over the past couple of months has been the mistreatment from the DFB, and in particular the DFB President Reinhard Grindel. (…) In the eyes of Grindel and his supporters, I am German when we win, but I am an immigrant when we lose.' He closes by referring to some of his past sponsors and partners as well as the media and DFB top by saying that 'they all represent a Germany of the past (…) I am confident that many proud Germans who embrace an open society would agree with me."

According to this contributor's opinion, Germany played either badly because the complete pre-tournament preparation over the past one or two years went south, or because the team spirit had been destroyed shortly before that very tournament. And that missing team and fighting spirit were apparently shelved by DFB office holders and irresponsible media members ever since "that" photo was published, but most definitely not by Özil himself as he had done nothing wrong, nothing at all.

It did not come out of the blue: Last Sunday and as a key point of his farewell letter to German football, if we may call it so, he announced he no longer wishes to play for Germany. I would have preferred the complete DFB top management would resign instead as they did great damage to Germany's reputation as a modern, free, liberal, open and welcoming society – which Germany for sure was and always will be.

Everything Özil had always promoted, such as integration and happy side by side living of people from many different backgrounds, some German Football Federation managers tried to reverse. The defending and promoting of the word "respect" Özil had carried as the hallmark of his international life (yet always solidly at home in Germany, too) was ridiculed by many in the German media, including various so-called mainstream outlets. The role model he was and is for young boys who want to become a sportsman like Özil was declared invalid by many right and far-right politicians.

Do they not see what a dangerous path they have all embarked on? Thus may I end this article by quoting Germany's Justice Minister Katharina Barley who yesterday said, "It is a sign of alarm when a respected German footballer such as Mesut Özil no longer feels welcome in his own country due to racism and when he feels he is not represented by the DFB."

Barley speaks for modern Germany Mesut Özil and the absolute vast majority of Germans stand for, not for those who had so illogically planned to chase Özil away.