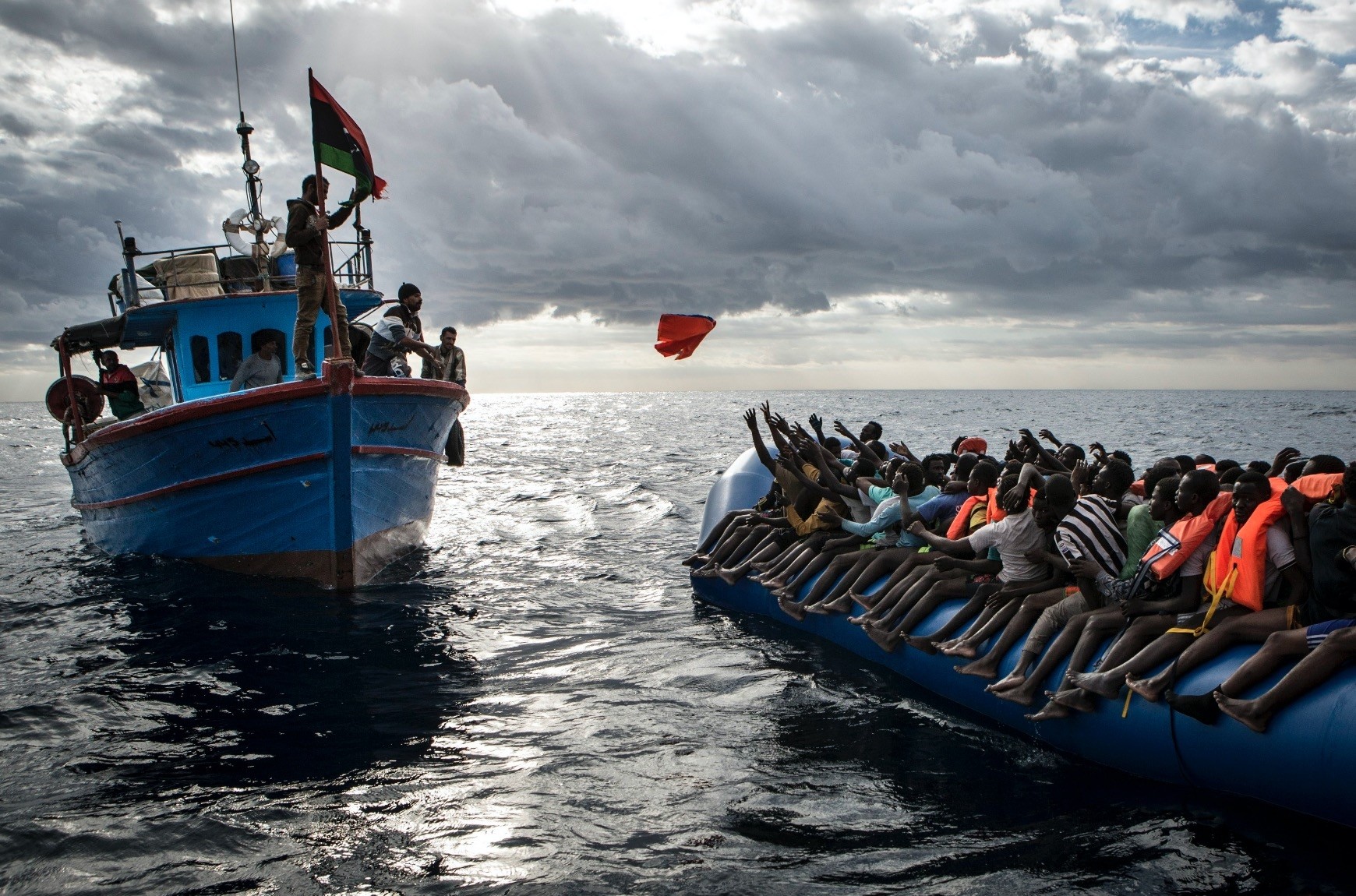 Fictional characters help us to understand the nature of the societies that they belong to. Accordingly, the stories of Hayy ibn Yaqdhan and Robinson Crusoe, written many years ago, are still worth considering when we look at why the East and West differ in dealing with the contemporary migration issue

At the beginning of last month the world witnessed once again a tragic and horrible moment when a Syrian refugee boat sank while trying to cross the Aegean Sea in a bid to reach Greece and then Europe. However, the reality is worse than the painful boat incident. Annually, more than 2,000 migrants and refugees fleeing to the European continent through the Mediterranean Sea drown, mostly along the Libya-Italy line, while almost 300 refugees escaping to Greece by crossing the Aegean sea drown, according to the International Organization for Migration (IOM) data.

The memory of the body of Aylan Kurdi – the three-year-old Syrian refugee child who died on Turkish soil while trying to escape on a boat to Europe with his family – is still very fresh.

With many regional ups and downs and inhumane conflicts, the world, particularly the Middle East and North Africa, are suffering from a deadly refugee crisis. Those who look for ways to save their family, dignity and life are forced to flee the war zones in their homelands to places where they are welcomed and accepted as equal humans. Facing tensions and wars within their borders, many regional countries cannot protect their people; thus, migrants and refugees try to leave for safer countries.

Turkey, in this regard, has been a ray of hope for suffering refugees by welcoming them in a warm manner. However, Turkey's stance on refugees has not just emerged with the Syrian refugee crisis, it has often provided shelters to millions of people – without asking what their welfare or social status was – including migrants from Crete, Bosnia, Macedonia and Bulgaria and so on, since the post-World War II period.

Therefore, it would be fair to describe it as a "refugee-welcoming country." Turkey is currently hosting more migrants and refuges than any other country, according to the United Nations. Turkish NGOs, foundations and media also back their country's refugee policy. For instance, some 3.5 million Syrian people fleeing their country to escape the brutal attacks of the Bashar Assad regime, have been residing, working and studying within Turkish borders.

It is sad not to similarly praise the European countries – who could have been another hopeful stop for refugees. The daily Sun in the United Kingdom advised its readers to sink refugee and migrant boats with "gunships" in an article penned by Katie Hopkins. According to the British daily, the U.K. would find a way to stop migrants reaching European soil. In the very same piece, migrants were also compared to "cockroaches." Indeed, Hopkins was not alone, instead she was the voice of a dominant xenophobic mindset haunting parts of European society and governments. Although they never used such clear words when speaking of or defining refugees, their inaction and silence on the tragedies prove it. The issue to me – which is the biggest crisis that the European states need to face and tackle– is deeper. For years, European states have failed to generate effective solutions or take action against the refugee crises, as they did in the post-1979 Iranian Revolution, the Afghan migration during the 1980s, the migration following the 1988 Halabja Massacre in northern Iraq, the 1991 Gulf War and so on.

My goal here is not to accuse or target anyone but to reveal a factual difference between Turkey and the European countries, and find an answer as to why the two have a different understandings of pragmatism and caution on suffering migrants. The answer surely lies on the historical and traditional roots of the two; let's say the East and West. Their views and considerations on nature, humanity and life were and have been different, although today's globalism seems to have wiped such differences out. Today, I'll introduce you to two fictional characters in order to compare these differences. Since these characters emerged in the societies they come from and reflect the nature of those societies, the masterpieces that contain these characters can be seen to demonstrate something critical about how these different cultures see people and their relationships with each other.

The first character is an Eastern one, Hayy ibn Yaqdhan a character by Ibn Tufayl (1116-1185), one of the greatest thinkers of Andalusian Islam while the other, the Western one, is Daniel Defoe's (1660-1731) Robinson Crusoe.

Both stories are about the life of a man who is found on a deserted island. Hayy ibn Yaqdhan literally meaning "Alive, Son of Awake" is an Eastern Muslim. He is put on the island at an early age in order to discover the relations between nature and life through self-criticism in light of the dilemma between God and mind. Yaqdhan first discovers nature and tries to reach the truth of God. In other words, he tries to work up a relationship between epistemology and action. Through analyzing natural things, he finds that the whole order of the universe is moved by a creator and as he focuses on the meaning of society and religion and he meets another character on the island, Absal.

The second character Robinson Crusoe is a Western man, coming from a family devoted to the Presbyterian religion. Living alone for years on an island, Crusoe thinks about the correlation between humans and God. When other men set foot on the island, he sees them not as a friend or partner but slaves, and accordingly starts thinking about economic values. Compared to Hayy ibn Yaqdhan, Robinson Crusoe, as a "civilized human," adopts a mission to civilize the "primitive" others. The very same mission of the Western world is still ongoing and preventing other people from establishing their own independent order.

In nature, the two also contradict one another. Crusoe tries to become dominant over all values of nature and to organize and order them. Whereas Yaqdhan is like an explorer trying to establish an inner civilization by just benefiting from nature as a tool. In short, the Eastern character focuses on the necessity of a civilization and the Western one acts like a modern imperialist. In fact, Robinson Crusoe is never satisfied with the single island, and is always dreaming of other islands. He convinces a captain and his crew who set foot on the island, to become their leader and accordingly of the whole island. Robinson thinks about other civilizations and defines them as savage. According to him, humans are creators left alone in the world and need to be enslaved and civilized at the same time. However, Hayy ibn Yaqdhan does not either positively or negatively describe other civilizations while he labels others as creators superior than himself and values and protects them. This is to say, he tries hard to be like God or win God's consent.

What we see when we look at the two stories is that the two main characters differ quite a bit. In one word, it is safe to say Robinson is the pragmatist one while Yaqdhan is not. Today, the European countries' stance on the refugee crisis resembles Robinson's above-mentioned style. The motto is simple and plain: "If something does not provide a benefit, just leave and ignore it." The Western world only accepts the well-educated or rich migrants and refugees and ignores the poor and uneducated ones, since the latter do not yield any benefit to them, but only a burden. That's why the Sun could publish Hopkins' horrible article while other Western media outlets have done the same. For the Western world, Turkey acts irrationally when hosting millions of refuges and migrants because they cost them millions of dollars. However, if my country would have been thinking of humans the way Robinson and the Western world did, the whole world would turn into a war zone where the strong and rich freely exploit the weak and poor.