Turkey's options for a new route will always remain 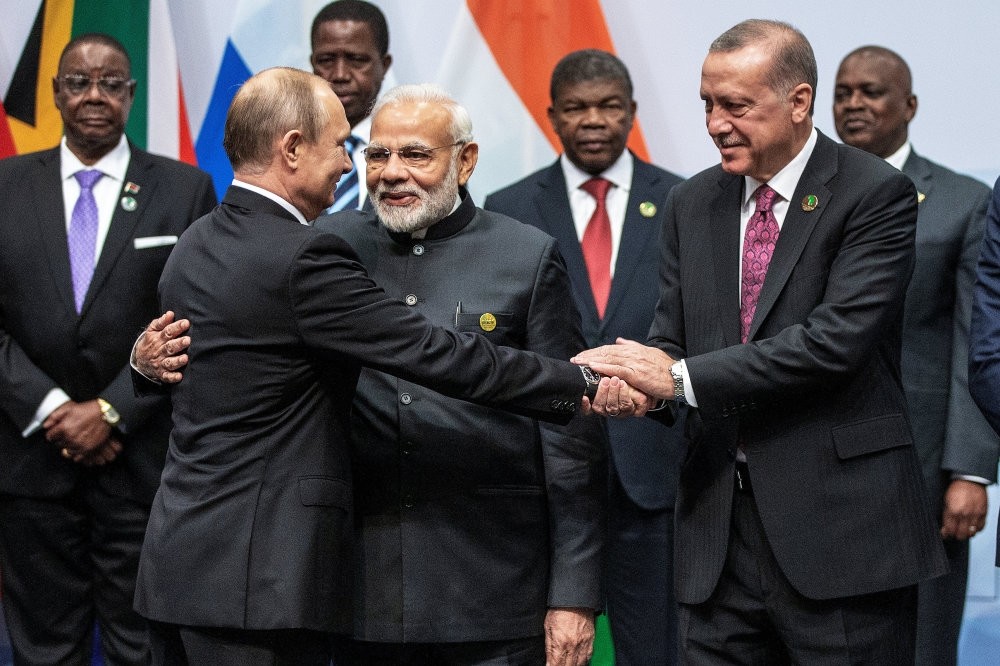 With a new world order emerging, Western countries are now forced to adapt and update their politics and diplomatic relations in order not to lose their traditional allies, such as Turkey

Since Recep Tayyip Erdoğan took his presidential oath to become the first leader of the Republic of Turkey with the enhanced powers of the new governmental system following the June 24 elections, the new political outlook of the country and its wider region is crystallizing faster than ever. It makes perfect sense to objectively analyze this change as it underscores an already evolving posture of the present actors worldwide.

Western democracies – among which Turkey has not only played a traditional role but it also has a founding status in the birth of almost all the leading international organizations – need to approach the situation like the British Empire was forced to a century ago. The difficult process of Britain's withdrawal from its global status to adapt to the new world that did not always provide conditions amenable to its interests is still one of the best power-shift models we have today. Nowadays, the vast political and economic network of the West combined with its soft power in different parts of the world is faltering. Are the great powers of our time doing what it takes to adapt instead of resorting to perplexing expressions, say tweets?

A discussion of the present picture requires examination of essential reasons behind Turkey's strong focus on where the country is headed. July 15, 2018 was the second anniversary of the public resistance against a sinister coup attempt. Without the participation of the majority of the Turkish armed forces, the plotters still posed a serious threat to the country. This, if not anything, should prompt a question mark. The government quickly discovered that Fetullah Gülen's cult, the Gülenist Terror Group (FETÖ), were the perpetrators, and Gülen himself had been behind the scenes pulling the strings. Gülen carefully hid his group behind the guise of education and took advantage of the ruling Justice and Development Party's (AK Party) policy of reviving Turkey's sometimes purposefully neglected cultural codes. Despite ostensibly benign intentions, Gülen was merely bent on conquest of Turkey and more. Ankara's extradition requests based on copious evidence on his involvement have been rather slowly processed. The alleged - indeed, a much positivistic assertion categorically demanded even for the obvious in the West - culprit of the coup, the cult chief is still in US.

The ups and downs in Turkish-Russian relations had been in the headlines until the foiled coup attempt, though it seems like a distant memory now. Though for anyone who has a sense of history, this topic was included on the tickers of almost every morning news program for months.

An unusual series of events – or a rather nefarious plan – brought the two countries to the brink of war. A Turkish jet was hit by a missile while flying in international airspace in the Mediterranean on June 22, 2012 and brought down, killing two of its pilots. In accumulating tensions, a Russian fighter jet that violated Turkish airspace was shot down by a Turkish fighter jet on Nov. 24, 2015, minutes after the said violation.

Russian Ambassador to Ankara Andrey Karlov was cowardly assassinated on Dec. 19, 2016 by a Turkish policeman, someone from an organization considerably influenced or controlled at the time by FETÖ. This act was aimed at derailing Turkish-Russian relations. Both countries, however, were quick to create a unified front. Russian President Vladimir Putin called it a provocation and Foreign Minister Mevlüt Çavuşoğlu went to Moscow to pay his respects. Karlov had always been a sympathetic public figure who never needed guards. His friendly face was very well known, opening all the doors he needed even in not-so-easy times. His murder could only be the work of a sick, small-minded organization. Prior to the coup attempt, this was one of the most important attacks orchestrated by FETÖ, and Ankara had no doubt that it was once again Gülen's network that had brought Turkey to the brink of war with Russia.

On Feb. 9, 2017, Russian jet fighters accidentally hit Turkish troops participating in Operation Euphrates Shield, killing three and wounding 11. This was the last of a series of obscure events. The coordination among the officials of the two countries has been further enhanced since then. From bringing an end to the war in Syria to energy security, trade and tourism, cooperation is steadily increasing, and the other significant actor of the region, Iran, is always in the picture.

These relations are "causes of envy for some" as Erdoğan said during the last BRICS (Brazil, Russia, India, China and South Korea) meeting in South Africa at the end of July where the two leaders also held bilateral talks.

To sum up, it is redundant to mention all the countries that are unhappy with the politics of the great powers since there are too many to list. Can the trend be changed? Those who say "yes" should remind themselves of the famous fictional character Don Quixote and his personal war with the windmills. Granted, Quixote was indeed a naive and sympathetic man, but the outcome of this global story may not be so funny. Needless to say, the windmills are simply other countries that are basically trying to meet their ends in their slightly different world where worshiping social media and indulgence in shopping don't mean as much and are still not substitutes for a myriad of quite reliable and relevant social values. In order not to leave our last "unworking analogy" incomplete, - our rather unmatchingly positive model in fact - Signor Quixote(s) of our times, but this time in extremely volatile circumstances can easily be left to your imagination.

This will perhaps be another occasion where some will remain uneager to buy others' arguments. Yet, we are hearing each other less and less and the world is just not getting any safer.