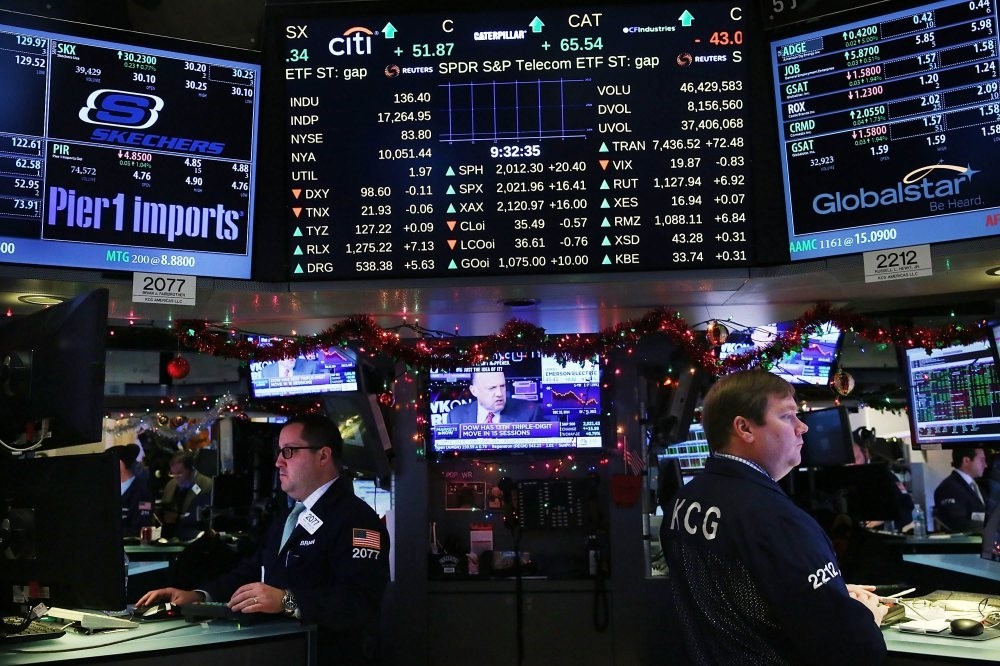 Recently, Bloomberg Businessweek published a piece by Peter Coy titled, "The Tyranny of the U.S. Dollar." The article contained arguments that I have frequently cited in this column. As the U.S. goes on using the dollar as a weapon, it will gradually lose its reserve currency status. For instance, China, which is being targeted by the U.S. through tariffs, holds nearly $1.2 trillion worth of U.S. Treasury bonds. Japan holds slightly more than this. Without a doubt, the primary goal of any investment is to make profit. The answer to the question, "How much yield does such large bond holdings generate?" is quite surprising. As interests on these bonds are very low, countries reap no return in real terms. It's not difficult to understand why. Since the dollar is the reserve currency, the aim is to avoid problems in paying for imports. On the other hand, the system is shielded in order to protect it in the event of economic vulnerability.

Hence, the piece in Bloomberg Businessweek argued that this system is untenable in the medium and long term. But why is the world asking questions it has not asked before? Why has the U.S. began to be increasingly questioned although it is still the world's largest military and economic power?

To begin with, one needs to be wary of that fashionable portent about the "collapse of the U.S." The U.S. is not going to collapse. Nor will its collapse be good for the world. The U.S. enjoys a lot of advantages. The famous Prussian statesman Otto von Bismarck pointed to these advantages with his remark, "God has a special providence for fools, drunkards and the United States of America." No other country in the world has as many geographical advantages simultaneously as the U.S. has.

Yet, that does not mean the U.S. has no problems at all. Neither the European Union nor Russia is a primary threat or a rival to the U.S. However, this does not alter the fact that Washington follows Russia's every move very carefully. Obviously, Russia has been able to stem NATO's expansion toward its borders to some extent, by thwarting Western initiatives in Ukraine, annexing Crimea and through its attack on Georgia in 2008. And the U.S. has responded to that by deploying forces and establishing military bases along Russia's western borders. In any case, however, Russia is not the primary threat for the U.S. Indeed, U.S. President Donald Trump's failed attempt to reach a rapprochement with Russia implied that the game is not centered on Russia.

On the other hand, the U.S. is expected to turn from energy self-reliance to energy exporter soon. And this, in turn, can have a direct effect on U.S. policies toward the Middle East and even on its relations with Israel. Surely it will continue to be interested in the Middle East and the Mediterranean. But neither Russia nor the Middle East will be the regions to which the U.S. devotes its chief energy.

In short, the main challenge for the U.S. is China. China is expected to surpass the U.S. in 30 years and become the new superpower. Soon, 60 percent of global trade and consumption will take place in Asia. Many other indicators also show that emerging nations, with China coming first, will get a bigger slice of the global economic pie. This is the priority issue for the U.S.

Strictly speaking, to what extent China's economic rise will make it a superpower is open to debate as being a superpower also means being an alluring role model in terms of democracy, culture and lifestyles. A certain ideological approach must also accompany it. For the moment, China does not seem to have such a claim; or it prefers not to display it at least for the present. On the other hand, the "consent" aspect of the hegemony should include a claim to democracy, with the hegemon playing a positive role in global problems and serving as a kind of lodestar for all nations regarding democracy. For the present, China is far from fulfilling these expectations.

For the same reasons, however, to what extent the U.S. lives up to the role of a superpower has started to be questioned as well. From the 1990s onward, the U.S. has begun to undergo a serious axis shift for two reasons. First, after the collapse of the Soviet Union and the end of the Cold War, the U.S. has considered itself unrivalled and thinks international organizations established in the wake of World War II limit its maneuvering space. It wants to act more freely, feeling a lesser need for alliances after the Soviet threat disappeared. In this sense, U.S. foreign policy has radically changed.

Second, as mentioned above, the U.S. feels economic vulnerability. Its share of the global trade has gradually declined. The U.S. tries to reverse this trend by relying too much on the power of the dollar. A lot of paradoxes have emerged at this point. This kind of coercion passes well beyond the "consent" aspect of the hegemony, triggers a quest for a new financial system and empowers the EU, China, Russia and the others.

Threats on the dollar

Another paradox emerges when Trump uses the dollar as a weapon with a desire to eliminate the trade deficit. As stated in Coy's article, the U.S. has to run a trade deficit in order to supply dollars to the rest of the world. Put differently, other countries must run a trade surplus with the U.S. to finance its debt. But as in the case of China and for reasons I summed up above, countries stash the dollars they earn from exports in their reserve accounts instead of investing them in the U.S. And that causes the resulting trade deficit to weaken the dollar over time, which is termed the Triffin dilemma.

Trump thinks he can escape this dilemma through hard power, threats, embargoes, sanctions and tariffs. And we call it "shooting oneself in the foot." Trump's choice makes this paradox more visible and intolerable, let alone diminishes it. The dollar-based financial system that works in favor of the U.S. has played a kind of balancing role until recently. The U.S. uses a $100 bill, which it prints at a cost of 3 cents, to buy real goods produced by spending real money. And countries like China have maintained stable growth while keeping some of the money from trade surplus in the U.S. market and holding some for their own reserves. The U.S. upends this system now and wants all the money and investments to return home. Doubtlessly, what encourages the U.S. to do this is its strong army and the dollar as a reserve currency.

Of course, this method can work with Saudis to some extent. Trump frequently reminds Saudi King Salman bin Abdul-Aziz Al Saud Salman, in his own fashion, why it is so, ignoring etiquette. But when it comes to China, EU and countries like Turkey, the U.S. finds not a submissive but quite dynamic consortium that even embarks on a new quest. We see signs of this very often.

But what's more important is that the U.S. is starting to be considered an unpredictable and unreliable country that changes the rules during the game. The world needs a rule-based order that embraces justice, peace and a win-win formula. It is a serious problem that while we do not find existing institutions democratic enough and demand reform, the U.S. views even these as obstacles. This path will not lead the world to a good place.