Protection of academic heritage in the Middle East 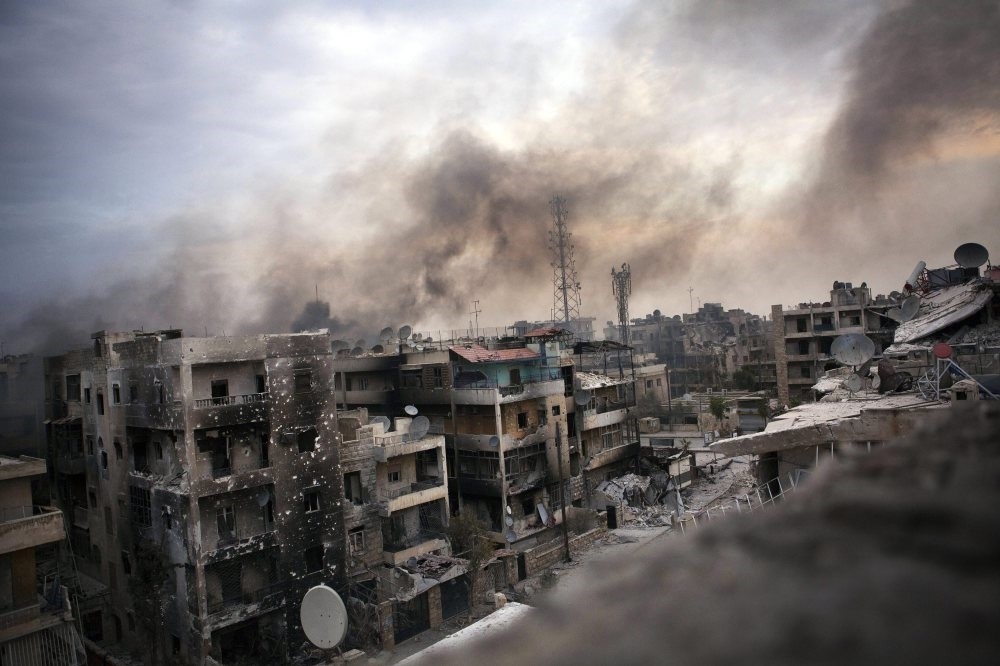 As to the conservation of academic heritage, what Turkey has done will certainly give rise to the resurrection of a lost generation, as well as the protection of knowledge and civilization of the Middle East

Last week, the Council of Turkish Higher Education (YÖK) hosted under the auspices of the presidency of the Turkish republic an important conference titled the "Project for Protecting Academic Heritage in the Middle East." In collaboration with the Turkish Radio Television Corporation (TRT) and Anadolu Agency (AA), the project was coordinated by professor Zeliha Kocak Tufan, a member of YÖK's supervisory board, and the conference was attended by Vice President Fuat Oktay, YÖK's head Yekta Saraç, ambassadors, rectors and representatives of Turkish universities, along with Syrian academicians and Syrian students living in Turkey. Within the scope of the project, participants watched the heart-wrenching stories of Syrian refugee scholars and students at Turkish universities, filmed by TRT and supported with pictures from AA, followed by protocol speeches in accordance with the content of the project and the conference.

The Syrian civil war has displaced millions of people since 2011, fueling further the already existing bloodshed, skirmishes and misery in the Middle East. It has ruined the lives, hopes and future of Syrian people; unfortunately, while thousands of innocent people have died, the civil conflict has also forced many others forlornly to flee and take shelter in neighboring countries such as Turkey, Lebanon and Jordan, leaving everything behind – houses, land, relatives, education, expectations, stories, memories and so on. For instance, now Turkey hosts around 4 million Syrian refugees. Unlike developed Western countries, Turkey, as it did in the past, has extended a helping hand. It has built homes for them and provided them with food, security and jobs. Put simply, Turkey, with the support of President Recep Tayyip Erdoğan and the generous and humane Turkish people, has proven to the whole world how it values human experiences and helps those in need when necessary.

As the project above clearly indicates, however, Turkey has done more than shelter and provide food and security to displaced Syrians; it has also significantly contributed to the protection of the academic heritage of the Middle East. Hence, the projects above aim to not only raise awareness in the Turkish public but also at showing the entire world how Turkey respects the conservation of academic heritage in the Middle East. That heritage will lay the foundations for the advancement of knowledge and science, as well as for the rebirth of the lost civilization, for the future of Syria in particular and in the Middle East in general. It seems this is the only way to make Syria and the Middle East a free, livable place.

Turkish efforts for the matter

Turkey, though it has been very difficult, seems to have managed to protect Syria's academic heritage in two ways, which have also been documented in the project. First, since 2016, Ankara has done its best to expand educational opportunities for around 830,000 Syrian refugee students in public schools or in temporary education centers, where an accredited curriculum is offered in Arabic. At the moment, around 615,000 Syrian refugee students are registered either in Turkish public schools or in temporary education centers. Moreover, nearly 15,000 Syrian refugee students are also continuing their higher education at both undergraduate and graduate levels in Turkish universities. Because the civil war has not only destroyed the lives, homes and land of Syrians, but it has also devastated schools, universities, libraries, research centers, archives, museums, monuments of historic, scientific and artistic interest, all of which took years to establish. Hence, many students were unable to attend university, while many others have had to give up their higher education unfinished and even leave with no official documents. Therefore, in order to enable 19-20 year old Syrian students and help others restart their unfinished higher education, the Turkish government and YÖK have written several laws and regulations enabling them to register at Turkish universities despite missing documents and even transfer their previously taken courses to Turkish universities. The same laws also provide recognition of degrees earned in Syria as well as offering free education for students at Turkish universities and scholarships to help them with their living expenses while they study. With utmost good faith and effort, Turkey has succeeded in protecting Syrian refugee children from being a lost generation.

What is more, the Syrian war has also put Syrian scholars in serious danger. Many have unfortunately been killed; many others have found themselves in desperate situations, in which their research projects and academic activities have been interrupted. They are unable to practice their professions in a free, secure environment and eventually many qualified scholars were forced to flee their country in the wake of the destruction of their schools, universities, libraries and research centers. Turkey, unlike several other Muslim and Western players in the Middle East, has also opened its doors to these disadvantaged scholars. In this respect, YÖK has launched a system for foreign academics called "CV Banks for foreign scholars." Syrian scholars can send their CVs to this system, which YÖK has linked with universities in Turkey. Thus, currently more than 400 Syrian scholars work for both public and private universities in Turkey. Not only are these scholars able to practice their professions seamlessly in a secure and respectful way, but they are also able to earn a living without depending on anyone in Turkey.

All these well-intentioned humanitarian efforts above realized by the Turkish government to engage Syrian refugee students in secondary and higher education and to hire Syrian scholars at Turkish universities are of vital importance for protecting the academic heritage in the Middle East. As to the conservation of academic heritage, what Turkey has done will certainly give rise to the resurrection of a lost generation, as well as the protection of knowledge and civilization of the Middle East. Syrian refugee students who get secondary and higher educations in Turkey will be the future of their country and once they are back, will rebuild their country different from one that has crippled their lives and the lives of their parents, elders and fellow country people. They will also rebuild their schools, universities, research centers and so on, which will sustain what was interrupted. The scholars will take their profession, knowledge and experiences back to and guide their country into a bright future. In this respect, the "Project for Protecting Academic Heritage in the Middle East" has been very informative and useful, and it obviously illuminates that Turkey, with its limited means but good faith and intentions, has achieved a lot and proved once again its civilized perspective toward education, knowledge, science, intellectualism and so on.

* Professor at the Social Sciences University of Ankara