The Chancellor Merkel legacy: Stronger Germany in a weaker Europe? 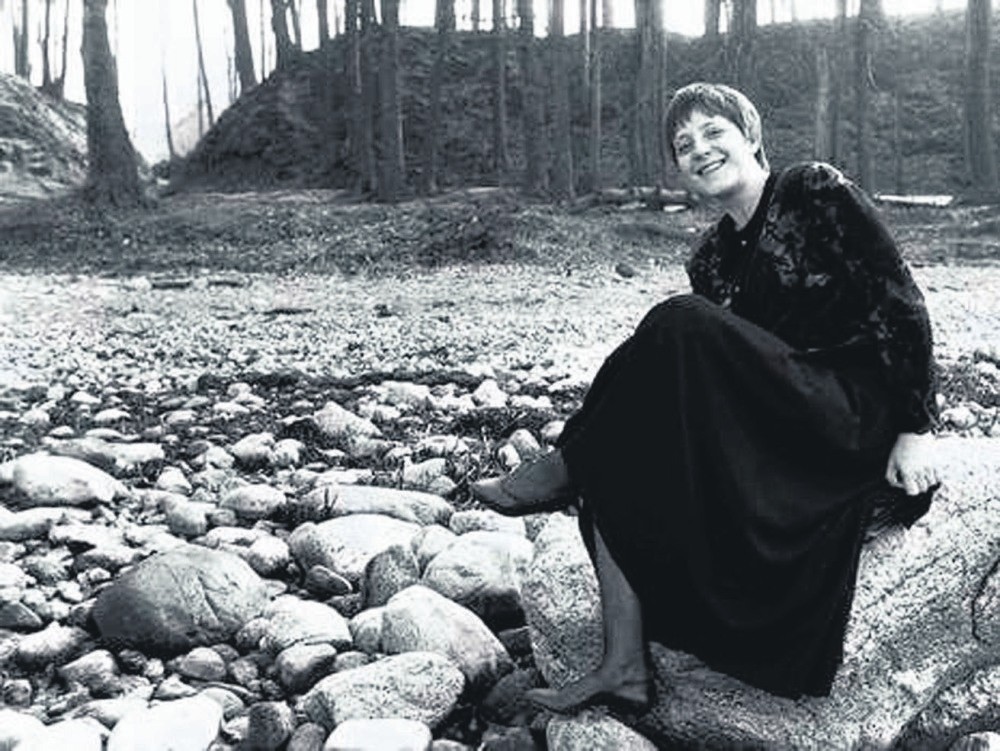 Angela Merkel announced that she will resign from the post of party chairwoman by December and at the same time declared that she will not seek re-election as Chancellor during the next general elections, currently set for September 2021.
by Jurgens Klaus Nov 10, 2018 12:00 am

The first female chancellor of Germany, Angela Merkel will leave a great mark in modern German politics. She will be remembered as a successful leader who demonstrated the social solidarity dimension of conservative politics in Europe

Konrad Adenauer laid the foundation for modern Germany as we know it, Willy Brandt then dared more democracy, Helmut Schmidt solidified what was affectionately called the Model Germany and Helmut Kohl became the initiator for today's much stronger European Union. These were only some of the country's most visible and most cherished leaders.

Although she is of course still in office, when Angela Merkel announced her resignation from the post of party chairwoman by December of this year and at the same time declared that she would not seek re-election as chancellor during the next general elections currently fixed for September 2021, one thing became clear immediately: An era is eventually about to end.

Yet, not only an era with regards to German domestic politics – besides the issues at stake one must highlight that she is the nation's first non-male chancellor – but above all else, with a view to Merkel's nation being the unwavering engine of promoting the EU. This is written in the context of that it is uncertain whether the concept of an ever-closer union will dominate her successor's agendas as much as it did hers both in her party and a future government, if at all.

This is already reflected in the mostly purely domestic issues leading members of Merkel's Christian Democrat Union (CDU) and her sister party the Christian Social Union (CSU) currently mentioned in public: The diesel car crisis, a reformed skilled workers migration into Germany, a general tax reform or for example as heard in Bavaria, affordable housing and better and much more ecological land use. No word of an ever-closer EU anywhere near an election campaign poster.

With a reversal in some policy making areas probable, what will Merkel leave behind? What will be her greatest achievements or failures?

Refugee policy and the fall of the Berlin Wall

In a perhaps somewhat risque analysis one point that strikes observers was why, albeit being a big country, Merkel, as a conservative politician, at least for some time adopted an open door policy vis-a-vis the migrant and refugee flow reaching German soil; most other conservative leaders in Europe were reluctant – to put it mildly.

She focused on the humanitarian aspect much more than on rising numbers; she made Germany a welcome haven for innocent people in distress. She showed the social solidarity dimension of conservative politics.

One often overlooked detail in this context is that it was the chancellor herself who witnessed the fall of the Berlin Wall and thus for sure appreciated the fact that open borders allowing people to flee from a dictatorship into freedom is something positive, nothing to fear. She never spoke about this link in public but with all modesty, it appears as if there could be a connection indeed. It would mean that Merkel wanted to create a more solidarity oriented, open-to-the-world, socially inclusive country, too. Did she face criticism because of this?

At times when the previously dominant concept of German multiculturalism was challenged by extreme parties, Merkel went ahead and declared "Auch der Islam gehört zu Deutschland," translating as "Islam belongs to Germany, too." Swiftly rebuked by her sister party CSU and many others, a debate started that showed a certain level of uneasiness in leading circles about how to deal with the issue. Should followers of a non-Christian faith be regarded as equal to the dominant local religion? How should we deal with a large segment of society who believes in Islam? What about tolerating different dress codes and attires?

It highlighted that despite all the efforts starting way back in the 1980s when multiculturalism became not only a buzzword but a policy-making domain, too, that both elected office holders and the electorate in general did not completely grasp the basic positive impacts of a tolerant, open, and yes indeed, multicultural society. Did she risk parts of her legacy because of this?

Realpolitik, yet risky for democracyA grand coalition in German thinking is always seen as a last exit, a solution viable only once all other avenues have been exhausted. What at first sight looks inviting ultimately leads to even bigger frustration, not only within the electorate but in party machinery circles, too. Yes, both parties, the CDU/CSU, and the Social Democratic Party of Germany (SPD) won impressive ministerial posts. Yes, stability, which is a hallmark of German postwar politics, was safeguarded.

But a step by step, an ever-growing dissatisfaction with a grand coalition emerged; alternative movements emerged, too – some more democratically inclined such as the Greens, others anti-democracy leaning such as the Alternative for Germany (AfD).

When opposition parties can justifiably declare that the politics of the elites are only meant to guarantee their share of power, positions and salaries, many in the public domain turn to anti-people parties. Even normally moderate members of the electorate may just this once, or even for longer, turn their backs on established parties and risk something new. This might be a positive development, bringing about change in society, or a negative development, risking turning back the democratic clocks.

Did she ultimately become a victim of the GROKO, the "Grand Coalition" model?

have the middle classes suffered?When taking a look at the website of Merkel's party CDU, the homepage headlines focus on the notion of a social market economy; a fact that for many decades underlined her party's unwavering support for an ever stronger middle class, for worker's rights, albeit only to a certain extent, and for a continuation of Helmut Schmidt's Model Germany as mentioned earlier, which focused on cementing a solid economy and above all else social welfare. Funny enough, many foreign observers never understood that in principle both the CDU and the SPD were never that far from each other ideologically.

So, have the middle classes really prospered? Is the traditional German family business really safe and sound? What about globalization? Besides, comments during the Bavarian elections often focused on the cost of living and that average citizens can no longer afford their rents. Did Merkel sideline her original voter base, the middle class?

The good news is: Merkel is still Germany's chancellor. There is still time to actually work on her legacy if this brings about a change in center-ground politics, rediscovering the voter as an individual who must be listened to, if the issues that really interest the electorate are properly addressed, if the concept of solidarity and social inclusion is explained so much more clearly the outlook is positive. If, however, both her party and the grand coalition partner SPD waste the years until the next general election, with infighting and playing the waiting game until 2021 without any tangible policies, the risk is that by the time of the general election the German people's parties will have made themselves all but obsolete, and today's fringe parties become attractive alternatives, even for mainstream voters.

On the one hand, German voters still prefer realpolitik over adventures; yet, only if realpolitik brings good to society. If, on the other hand, realpolitik means sitting idle and planning on survival from one vote until the next, the latter scenario from my previous paragraph might become reality. Avoiding exactly this from happening and stemming the unfortunate populist tide could then perhaps become Angela Merkel's greatest achievement and legacy.