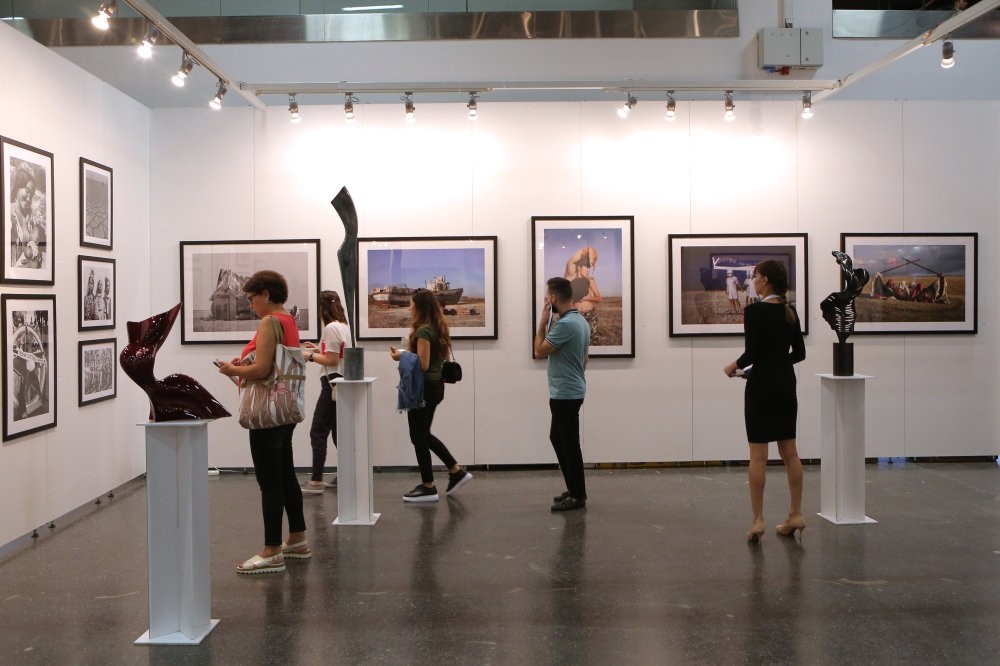 Erdal Beşikçioğlu, a famous actor, stated in an interview in the Monday edition of the Turkish Sabah newspaper, that he never exchanged his Turkish liras for U.S. dollars during the harsh devaluation of the Turkish lira and called all citizens to support the national currency and the state by saying that "we are in the same boat."

This phrase was in opposition to "we are not in the same boat" line by some popular figures during the currency crisis, blaming the government for the crisis while rejecting the idea of an economic war started by the U.S. government. Moreover, Beşikçioğlu added that he feels himself a Turk, despite having multiethnic origins and was ready to sacrifice his life for his homeland against PKK terrorism during his military service on the Iraq border. And then the social media attacks started. Many popular and non-popular figures attacked him by calling him a supporter of the government.

Beşikçioğlu was not the only one. Yavuz Bingöl, Hülya Koçyiğit, İlber Ortaylı, İbrahim Tatlıses, Ajda Pekkan, Orhan Gencebay and many other popular figures from Turkish music, cinema or academia encountered the same fate. Their crime was big! Supporting the Turkish army and the government against terrorism or participating in receptions at the presidential residence. They were the other victims of the attack machine organized by the representatives of cultural hegemony.

It has been almost one and a half years since President Recep Tayyip Erdoğan claimed that "we [conservatives] managed to gain political power, however, we not have managed to gain cultural power." This triggered a huge debate on the meaning and possibility of "gaining cultural power" and on the ways of building cultural hegemony. The lack of right-wing conservative and nationalist figures in different aspects of Turkish cultural life and character of the cultural hegemony or power in Turkey was the focus of the debates.

The concepts of hegemony and power could be analyzed and discussed by taking all the political, economic and cultural aspects of social reality into account. In order to understand the social and political tensions, conflicts and relations in Turkey, the cultural identities, backgrounds and cultural references in these discourses should be taken into account. There is remarkable evidence that the political identities and tendencies are interrelated with cultural dynamics and belonging in Turkey. In addition, there is also remarkable evidence that, even though the conservative-nationalist political alliance between the Justice and Development Party (AK Party) and the Nationalist Movement Party (MHP) possessed the majority of votes and political power, cultural life in Turkey lacks conservative and nationalist figures, references, values and motives to a great extent. Instead, the figures, references, lifestyles, artistic and intellectual elements of cultural Westernism are dominant in Turkey with different facets i.e. Kemalism, socialism, liberalism and so forth.

Starting from 2002, for the first time in modern Turkish history, political power has been captured by the AK Party representing the conservative majority. The AK Party collapsed the hegemonic establishment in politics with the help of strengthening democratic mechanisms collapsing the militarist and bureaucratic hegemony over the elected government and the Parliament. However, political power is only one aspect of power, along with economic and cultural powers. In terms of possessing cultural and economic power, the conservatives failed to claim a challenge.

What is meant by the phrase "we did not succeed in becoming a cultural power?" Why does the majority of Turkish society fail to make a remarkable impression in intellectual life by producing art, scholarly work, or journalism despite their political power? What kind of cultural hegemony exists in Turkey to put up such barriers for "others"?

In Turkey, the cultural hegemony is possessed by the Westernist cultural and political groups that might be seen in all spheres of cultural life; i.e. intellectual production, the arts, music, media etc. No matter that these Westernist groups tend to define themselves as – Kemalists, liberals, socialists or feminists – the common ground for these groups could be seen as the recognition of cultural Westernization as the only path to modernization.

As Antonio Gramsci wrote, a hegemony could only be constructed by manipulating the consent of the dominated. The pioneering apparatus for acquiring this consent is the educational system. The educational system functions in two ways: First, it influences and absorbs the dominated social groups within the context of the official ideology of the state, which contributes to cultural hegemony to justify and reproduce itself.

Second, education promises people rewards by occupational and prestigious status and this strengthens the means of manipulating the consent of the dominated classes and individuals, who thus are more easily absorbed into hegemonic thinking.

The status and roles that are promised by the official ideology through education helps the dominated cultural majority be alienated from its cultural roots and identity. Even though the AK Party has been ruling for about 15 years, the educational system and curriculum have not gone through a significant reform process, especially in terms of the content, such as the ideological foundation of the content, which is Kemalism. Even this fact shows the boundaries of the political governments in the sphere of culture.

With all branches like movies, theater and music, artistic production composes the channels for spreading the hegemonic official ideological discourse. These channels contribute to the absorption and assimilation of the masses by cultural hegemony through romanticizing and justifying ideological cultural arguments and discourses by addressing emotions.

Listed above are the reasons that Western intellectuals, academics or media elites are informed by their strongly biased Turkish counterparts, since their counterparts also belong to this cultural elite, alienated from the rest of the society and acting as the cultural agents of Westernism.

The relations between cultural hegemony and actual politics are remarkable. Claiming corruption occurred after each election and referendum is not unusual in Turkey despite any reliable evidence proving this claim. Moreover, the conservative voters have been insulted and tagged as "ignorant," "bigots," "purchased" and "uneducated." There are singers, models and even professors who openly declared that the electoral value and validity of the votes of the professors should not be equal to "the shepherds." More interestingly, there were not strong objections to these comments from most of the intellectuals, artists or popular figures who mostly claim to be leftists or liberals.

In the West, social groups and people lying outside a cultural hegemony, whatever the specific conjuncture is, rarely face as much social stigmatization, symbolic violence and discrimination as they do in Turkey. For example, no one in the West would think of portraying people with different political preferences as "watchdogs" in cartoon magazines or on social media as they do in Turkey.

Similarly, in modern democracies and in the constitutional states where there is a consensus that hate crime is a serious crime, it is not even possible to imagine labeling conservatism or support for the AK Party with labels such as "ignorance," "flattery," "self-seeker," "rapist," "poverty," "bigotry," "ugliness," "idiocy" or "untutored" – these labels are used by tens of thousands of social media users and appear frequently in cartoon magazines – and even uttering these words in the public arena shamelessly. Moreover, this is not unique for today; it should be remembered that similar forms of humiliation were made for the voters of the Motherland Party, also known as ANAP, during the Turgut Özal administration and for the MHP and Turkish nationalists when the MHP was the coalition partner.

The structural mentality behind this perception and discourse is related to self-colonialism and self-hatred. Cultural hegemony is mostly built on a self-colonialist perception and discourse to otherize and humiliate national and religious values and political and social figures that are considered representing these values. This issue has a structural character, and structural issues require time and structural solutions. In the Turkish case, besides for cultural hegemony, there is a cultural apartheid regime that puts conservatives or nationalists into a second-class position and prevents them from surviving and gaining power in cultural life.

* Ph.D. at the University of York