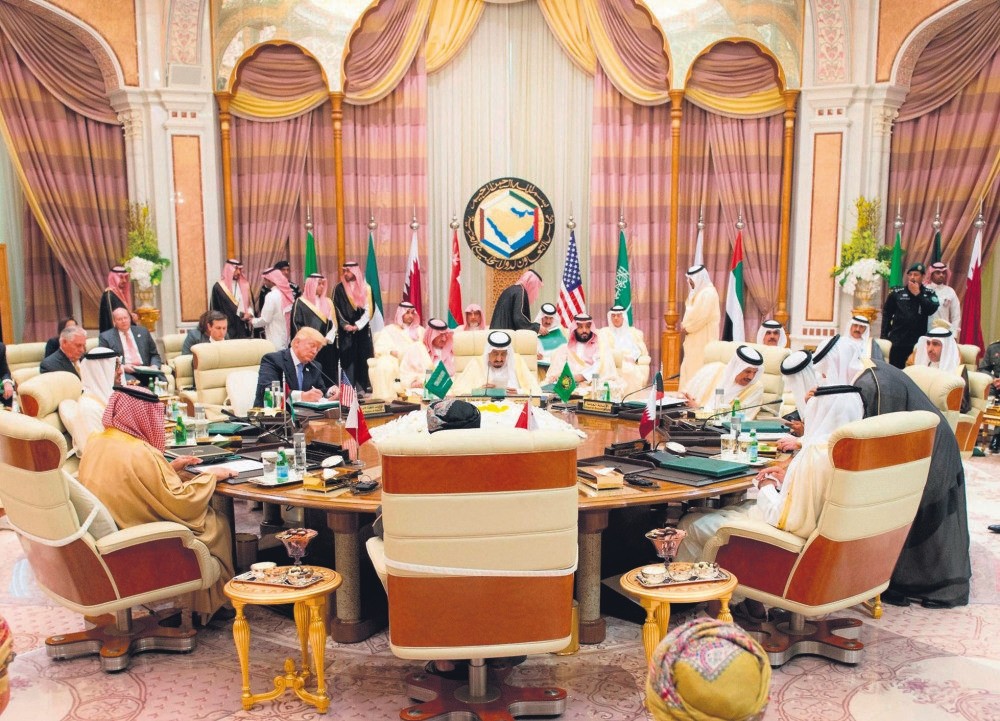 All the Trump administration really cares about in the Khashoggi case is how it will affect the oil prices in the United States, not finding the culprit of the inhumane murder

We can say that a critical threshold, or a breaking point, has been passed recently regarding the murder of Saudi journalist Jamal Khashoggi. On Nov. 20, U.S. President Donald Trump issued a written statement titled "America First." Concurrently, the CIA submitted a report to the president over the killing of Khashoggi.

In that statement, Trump's remark that "it could very well be that the [Saudi] Crown Prince [Mohammed bin Salman] had knowledge of this tragic event" was emphasized more. But the statement was full of other important information showing that the U.S. has made its choice at a critical juncture over the Khashoggi murder. Let's look at this part of the statements first:

"That being said, we may never know all of the facts surrounding the murder of Khashoggi. I understand there are members of Congress who, for political or other reasons, would like to go in a different direction – and they are free to do so. I will consider whatever ideas are presented to me, but only if they are consistent with the absolute security and safety of America. After the U.S., Saudi Arabia is the largest oil producing nation in the world. They have worked closely with us and have been very responsive to my requests to keeping oil prices at reasonable levels – so important for the world. As president of the United States I intend to ensure that, in a very dangerous world, America is pursuing its national interests and vigorously contesting countries that wish to do us harm. Very simply it is called America first!"

Much can be said about Trump, but one of his prominent traits is his outspoken style, his tendency to speak his mind much more "honestly," instead of political circumlocution. The upshot from the above paragraph, without even a need for interpretation, is as follows:

"Relations with Saudi Arabia are of huge importance. Saudi Arabia acts in line with U.S. interests. If Congress says something about the issue heeding the interests of the U.S., I will listen to it. But if it moves to punish Saudis, I will resist this and pursue my own course. At this point, my assertion that this murder will never be solved gives me enough elbow room. So, the murder issue has been closed for me. Let's get back to work!"Thanks for the discount

Naturally, the statement drew reactions from both Democrats and Republicans in the U.S. Would the "America first" or "Human rights first" come first? In fact, even the very mention of this distinction signals the end of a simulation. Hence, in a tweet sent in response to these debates, Trump thanked Saudi Arabia for keeping oil prices down. In other words, what matters more is not the dismembered body of a journalist but declining oil prices.

Having a brief look at U.S. history promises to provide meaningful insights. What is the contract upon which the U.S. was founded? In "Faith of the Faithless," Simon Critchley argues that the source of this contract is a blend of puritanism borrowed from the Bible and Roman republicanism. The founding fathers, who embraced Roman republicanism as their guide administratively, fulfilled the need for the supremacy of legitimacy through the Bible, for the consolidation of people. That contract had passed various tests at different times. The revolution in the 18th century and the civil war in the 19th century were two significant cases.

According to Robert Bellah, having emerged stronger from these tests, or at least managed to survive, this contract was badly damaged during the Vietnam War. But the exigencies of the Cold War curbed debates over it. On the other hand, with the collapse of the Soviet Union and 9/11 attacks, a much tougher test was met during President George W. Bush's era. In the opinion of President Barack Obama, however, the contract was damaged again due to the Bush doctrine and invasions of Iraq and Afghanistan. Obama tried to resist this reassessment like his historical predecessor Abraham Lincoln, who is viewed nearly as a civilian cleric, with a religious discourse telling Americans to "believe," urging them to remember their values and renew the contract. Though Obama is not the case here, put briefly, everyone agrees that he could not succeed. When the lights turned out

Obama gave us all hope when he said that what makes the U.S. great is not its military or economy but its democracy because that remark was both true and appealing. That a presidential candidate expressed it and won the race was good news for all.

But a review of the contract, which has not been done since the dropping of atomic bombs, the Vietnam War and the invasions of Iraq and Afghanistan, seems to be embodied in Trump, with the effect also of compelling global conditions. Pinning the blame for this shameful choice of the U.S. on one person only, Trump, would be quite simplistic.

The defects of American democracy, which have been obscured until recently either by the Cold War or in different guises, openly became a political choice today.

However, The Washington Post, which understandably pays special attention to this brutal murder since Khashoggi wrote for it, has even offered a middle course in a piece by its editorial board, titled "Mohammed bin Salman has a toxic record of recklessness. The Trump administration doesn't need him."

It was said in the piece that: "The Saudi royal family cannot afford and will not allow a rupture with the U.S. The weakening of the crown prince would likely increase stability in Saudi Arabia and across the Middle East. In contrast, a failure to check Mohammed bin Salman will invite even more destructive behavior." The paper criticized the Trump administration for keeping silent despite a CIA report.

Hence, Trump's statement immediately followed that piece. That is to say, it was Trump's answer to a moderate offer that contained a modicum of moral sensitivity.

Probably the founding fathers, and particularly Lincoln who abolished slavery at the cost of his life, turned in their graves.

For the sake of one thing

Is it too hasty or pessimistic to predict that the old contract will become a thing of the past if Trump wins the 2020 elections, with the motto "Oil Prices First" becoming the new motto of the U.S.? Barring a miracle, however, this is what will happen. Perhaps we should admit that it has already happened.

That the U.S. wants to preempt China's rise when it still holds the power is understandable. But what will be the cost of it? What can a U.S. that abandoned its democratic claims, developed its muscles but lost its magic and became unpredictable obtain other than a Pyrrhic victory, a demise disguised as victory? Or are we too late to solve these issues?

Yes, last week was a terrible and shameful one for the U.S. and the world alike. The U.S., which came to the rescue of Europe when it was about to surrender to fascism, was nowhere to be found. Turkey is doing everything it can to bring to justice the perpetrators of a brutal murder on its soil, but Trump has ignored all these efforts and talks about oil prices, startling us all. If the world's most powerful country, which boasts of being the cradle of democracy, trades human rights for $55 a barrel, how can we be hopeful about the future? Who is going to defend ethics, virtue, justice, equality and freedom?

I hope the U.S. public does more than just complain and adopts a more effective stance on this issue.