The post-Arab Spring political landscape in the MENA region 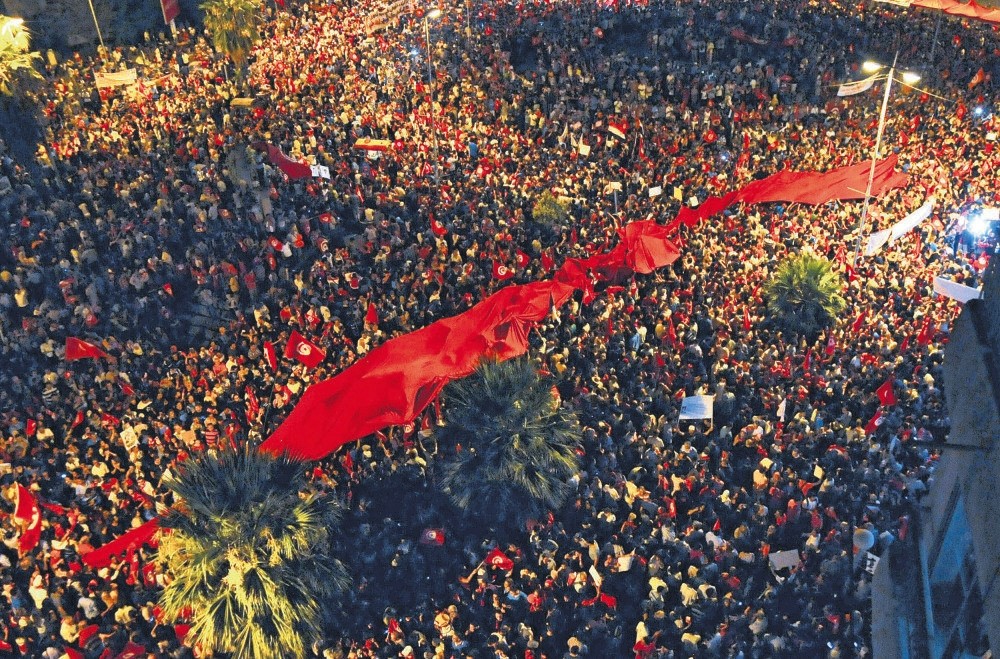 More than seven years ago, the Middle East and North Africa (MENA) witnessed some watershed events, resulting in some long-awaited, yet varied, political and social transformations.

The protests at first started in Tunisia late 2010 and early 2011, surprisingly ousting Bin Ali – once an un-challengeable ruler – from power.

The spark rapidly spread to the other countries in the MENA region, including Egypt, Libya, Syria, Yemen, Morocco and Bahrain, setting, therefore, into motion a domino effect that came to be popularly known as the "Arab Spring," the "Arab Revolution," or "Arab Awakening."

Encompassing most of the MENA region, the so-called Arab Spring took everyone by surprise – and the protests, (civil) wars and other political developments taking place is hitherto keeping the whole region on the edge.

The long-standing political, social, and economic issues, akin to slowly moving tectonic plates, finally created an advantageous atmosphere to these upheavals. However, for those who challenged the status quo, all the hopes of progress and development and the establishment of representative governments were choked, thus, turning quickly the bright spring into a gloomy winter.

Erupting because of so many intertwined reasons and causes, the Arab Spring was long in the making. Among others, social, political, and economic issues contributed multifariously to what was already a grave situation prevailing throughout the MENA region that finally culminated in the form of popular mass uprisings.

Protests that took place in Tunisia acted as modus operandi for the other countries of the region and the first to follow was Egypt where the protesters who assembled en masse in now very famous Tahrir Square (Liberation Square) shouted slogans like "Isqat al-Nizam" (bring down the regime).

Within no time, Libya, Bahrain, Yemen, and Syria followed suit. Oman, Lebanon, Morocco, Jordan, and Saudi Arabia witnessed similar protests as well. They especially highlighted issues like lack of political freedom, corruption and unemployment. The protesters in most of the Middle East and North African cities demanded positive reforms – if not complete regime change.

"The tremors," that stunned the entire world, writes Kenneth M. Pollack in his work, "can still be felt, and no one is quite certain when the aftershocks will end or when another shock wave of popular unrest might occur." However, the results of the Arab Spring vary from establishing a promising democracy, as in Tunisia; reforms, though limited, as in Morocco and Jordan; to full-fledged civil wars in Libya, Syria and Yemen.

Following these transformations and amid chaos, confusion and uncertainty in the MENA region, the Tunisian experience is promising, inspiring, hopeful and unique, but it may be too early to comment on how far it would go and how successful it would ultimately be. Despite the apprehensions, there is no

doubt in the fact that the protests of December 2010 and January 2011 yielded a positive change in Tunisia. Hence, making it the only country in the region that, until now, did not succumb to the winter witnessed in Egypt, Libya, Syria and Yemen in the form of violence, civil wars, military rule, and refugee crisis, among other things.

For instance and by contrast, Egypt seems to be in a flux because it is yet to attain stability, given the unfolding of the recent events. Particularly of note in these events was the toppling of Mohammed Morsi from power in July 2013 by the Gen. Abdel-Fatah el-Sissi that resulted in firm re-establishment of, to use the term of Safwan Masri, "Mubarak-style military rule."

In the midst of the precarious situation, what development the country would witness in the future would be perhaps difficult to predict. Despite that, it can be safely argued, as is rightly painted by Safwan Masri through his simplistic view, that Egypt has "made a swift exit, or at least a protracted detour, from the road to democracy."

In the same vein, the situation in Syria, Libya and Yemen are very precarious – with routine killings, plundering, and fragmentation amounting to massive human and material destruction.

As for instance, the conflict in Syria resulted in the worst humanitarian disaster of our time and the largest refugee crisis since World War II. It was also assumed that Bashar Assad clinging to power has resulted in the further aggravation of the situation with an increase in routine violent clashes.

However, the agony does not stop there as the Syrian regime led by Assad, along with its allies, Russia and Iran, are seriously thinking of a military offensive that has almost started in Syria's north-western governorate of Idlib, the country's last opposition stronghold. This fresh war, the reports suggest, has all the potential of producing yet another humanitarian disaster.

Highlighting the outcomes of this war, Mustafa Kırıkçıoğlu in his article "Idlib crisis: A complex phase of Syria's War" in Daily Sabah affirms that solving the Idlib problem through a military offensive can only open the door to a worsened humanitarian situation, new refugee waves and the end of the possibility of a political solution. In this situation, Turkey's role will be extremely critical in solving the crisis.

In Libya, analysts argue that "the aftermath of the power struggle is the hollow shell of violence that will haunt the state and its citizens for generations to come." Rightly said, Libya in the post-Gaddafi era represents a failed state – ungoverned and unstable – where political divisions, widespread violence, and other socioeconomic tensions are governing the current landscape of the country.

Similarly, the political transition in Yemen also failed and the fighting which is going on has left the country divided as ever, making the future of the country quite grim. The country, where the sectarian struggle between Saudi Arabia and Iran continues, remains in a chaotic state and, therefore, largely embodies the legacy of Syria and Libya.

Following the Arab Spring, some of the countries are governed by the ancient regimes that now have a stronger grip on state affairs than before, and whereas some others have visibly turned into failed states.

Therefore, from the bright spring to the gloomy winter, only Tunisia stands as an exception because its political setting has until now morphed into a modest change, commencing from a relatively peaceful transition to a successful functioning democracy. Because of this, analysts, activists, and political pundits all praise Tunisia for its success story. Some of them view it as a beacon of hope and consequently propose it as a model for the region.

For instance, Soumaya Ghannoushi strongly claims that "the birth of this first full-fledged Arab democracy could offer a model of hope amid the feverish voices of despair and nihilism, and the backdrop of military dictators, corrupt theocrats and militant anarchists."

Whether or not, Tunisia can serve a model for the rest of the MENA region is a debatable issue for analysts and observers. Based on Tunisia's indigenous and rich history of reform that is quite distinct and that differs from other Arab countries, Safwan Masri openly denies that the theory of Tunisia can serve as a model. The factors responsible for Tunisia's successful transition, according to him, "were either indigenous to Tunisia or many generations in the making."