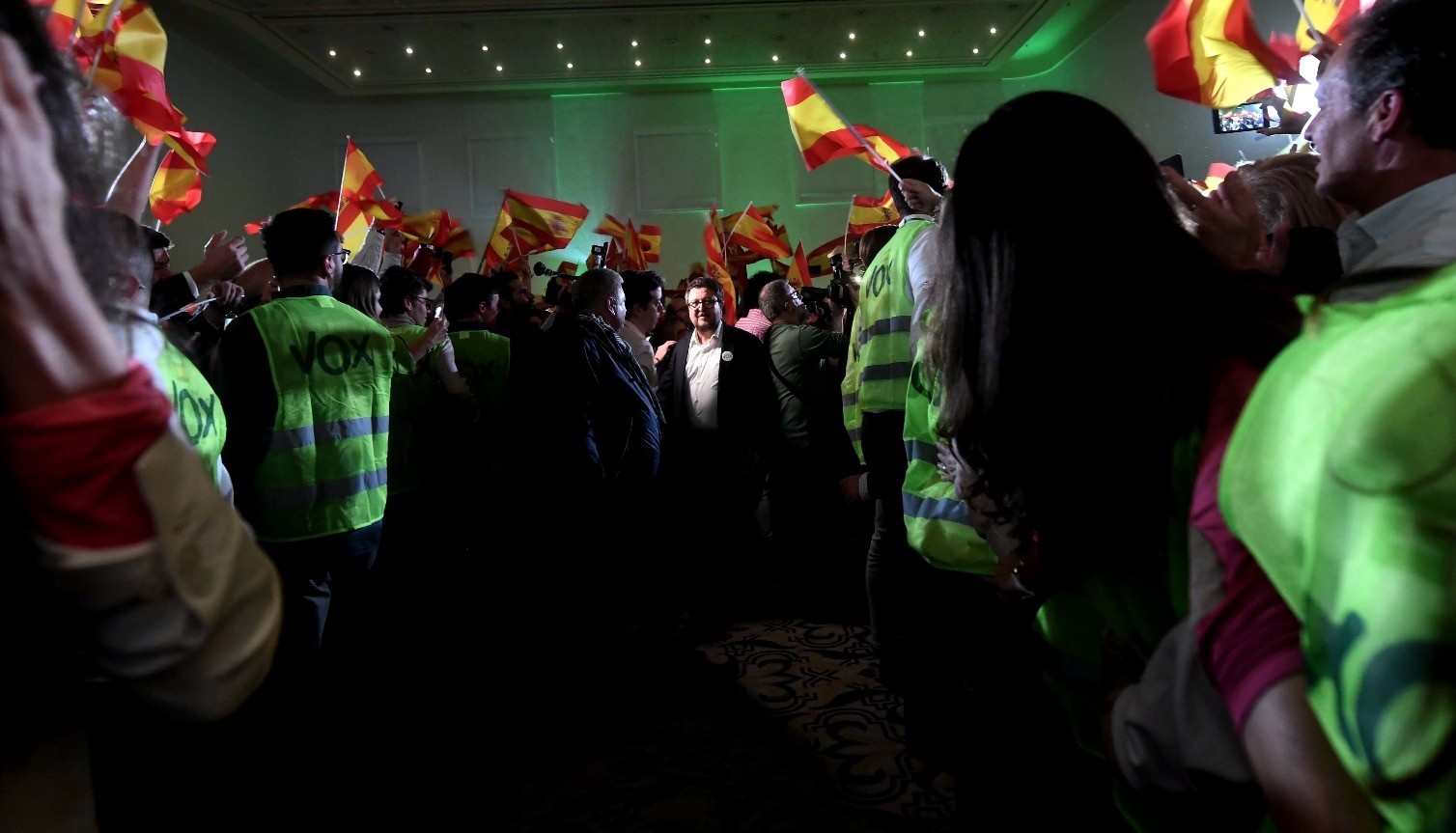 It may be a risqué assumption but could it be that the recent success of far-right movements and parties at European ballot boxes reflect much more on mistakes made by the mainstream political actors, instead of mirroring proven success stories (as basically there are none) of those defenders of much more extreme solutions to modern societies' problems?

In other words: What happened last weekend in Andalusia – home of one of Spain's 17 regional assemblies – should not be seen as a lasting endorsement for a political party called VOX and their 12 newly elected members of parliament because their fringe ideology overnight turned into the new order of the day, far from it.

VOX, which in its Latin origin means "voice" – and is often used in politics to describe the people's voice that is "Vox populous" – was only formed five years ago during a split-up process by disgruntled members of the conservative Partido Popular (the Popular Party or PP). The order of the day is thus something rather completely disorderly: A growing segment of society not just here in Andalusia but across Europe embarks on the rocky and potentially dangerous path of trying something different – different in a sense of rather far removed from established democratic, mainstream policies.

Let us briefly revisit the result as it stands while putting pen to paper: Although still the largest political party, Spain's Socialist Worker's Party (PSOE) lost 14 seats and managed a low 33, its closest rival the PP, a conservative mainstream party, came in with 26 seats in the 109-strong regional parliament. A grouping of left-leaning movements called Forward Andalusia won 17, and the Liberals (Citizens) won 21.Enter VOX's 12 and we have completed our assembly picture. A total of 57 percent of the electorate cast their votes, not necessarily an impressive voter turnout.

Same as everywhere else, one would suppose the minute after exit polls transform themselves into serious data winners and losers meet in front of television anchorwomen and men to, in principle, announce that everyone else lost while "only we won," it requires extraordinary speaking (and U-turn) skills to manage just that in front of a camera.

Yet, the trouble with this particular result coming in from southern Spain is that without a realigned coalition nothing much more than that can happen – and the left does not have the required numbers and the left and liberals were ruled out as an option well ahead of the vote.

Although with only 12 seats, far from a majority demanding (or representing) political party, VOX might just as well become the kingmaker for Andalusia's future regional government and as a matter of fact, sit in that very regional government itself. How come?

The PSOE has been in power for 36 years hence the electorate, and put as an understatement, must for sure have warmed up to them, accepting them as the natural government, so to speak. And in the previous decades, the PSOE delivered indeed: Giving only one example – every second young person now has a tertiary degree – one clearly sees that Andalusia was on the way up yet unfortunately not on a constant way up; some policies failed, some solutions were missing.

Hence what some local commentators complain about the most is that sky-high unemployment, currently standing at 23 percent, has not been tackled appropriately, if at all. Despite investments in the education sector, youth unemployment is equally a serious threat to welfare and stability.

One does not need to be a demagogue to successfully cash in on those figures. What VOX did, however, is mixing justified criticism vis-a-vis economic mishaps with far-right issues, some more openly mentioned, others rather hidden at first sight yet clearly there with a closer inspection of manifestos and public statements.

Three major subjects emerged during the campaign: First, VOX is against any form of complete Catalan autonomy or independence; as a matter of fact, it promotes a new constitution with a fully centralized unitary state taking away the levels of moderate semi-autonomy the 17 regions currently enjoy.

Second, VOX is anti-abortion. Third, the party is against all forms of illegal immigration.

Whereas issue number one could theoretically pass as a legitimate policymaking road map should one so desire – it is a legal topic and for sure debated anyhow and nothing new – and while issue number two is hotly discussed not only in Spain with its 66.3 percent Roman Catholic population but in many other European countries, too, issue number three is much more alarming.

Arguing the case against illegal immigration and building Trump-like walls, shielding Spanish territory across the Gibraltar Strait from any future refugee or immigrant would only be step number one; these physical walls would quickly turn into mental walls on the mainland with extreme politicians arguing the case for that not only illegal immigration but basically all immigration is wrong, in particular, if someone has a a non-white skin color.

Thereafter, and if history teaches us a lesson, it only takes a short while and the positive dynamics of multiculturalism will be challenged and in all likelihood abolished. Once "the other" is no longer among you, hatred will soon turn against "the other white person" should they no longer conform by what a party or the government or as in the Spanish past, a dictator, declares and demands. Modern democratic Spain was built on the ashes of the Franco regime – would anyone seriously wish to turn back the clocks?

Then issues such as abortion or returning all current albeit modest regional powers to just one authority based in the capital Madrid would, despite my legitimacy point made earlier, all off a sudden appear in a totally new light, a less democratic light; a totalitarian dimension. It would open the floodgates to a new undemocratic era.

Politics is all about coming to and staying in power; fair enough. But mainstream and all further responsible political parties for that matter must be extremely clever and careful when deciding about political bedfellows.

Talk in Seville has it that the PP, the Citizens and VOX could theoretically form a coalition of whatever description. The uniting factor would be to oust the PSOE and other left groupings from power. Much less so united would be the catalog of issues.

But the moment VOX stabilizes a new regional government it would demand that some of its core issues will be included in a new government action plan.

Granted, Spanish elections are fair and free and the Andalusian people have spoken. Temporarily there may be a far-right movement in a power-sharing position indeed unless another (minority) coalition model looks more promising, perhaps even with the PSOE.

What's more, 2019 will see many local and other regional elections as well as the May vote for the European Parliament. Some analysts say there might just as well be early general elections during the same year.

Whilst Andalusia's VOX will probably be handed a mandate to show to the electorate whether they are really up for sharing or at least tolerating a future government, the mainstream parties should not start to rely on them as permanent kingmakers. Because it would not be the first time in history that a former kingmaker one day becomes king himself, a scenario which would have drastic and dramatic, and above all else, unwanted and totally unnecessary consequences first for Andalusia, second for Spain and if copycats prevail, for all of modern Europe as we know it, too.