To avert another crisis, Black Sea coastal states should remember what they agreed in 2002 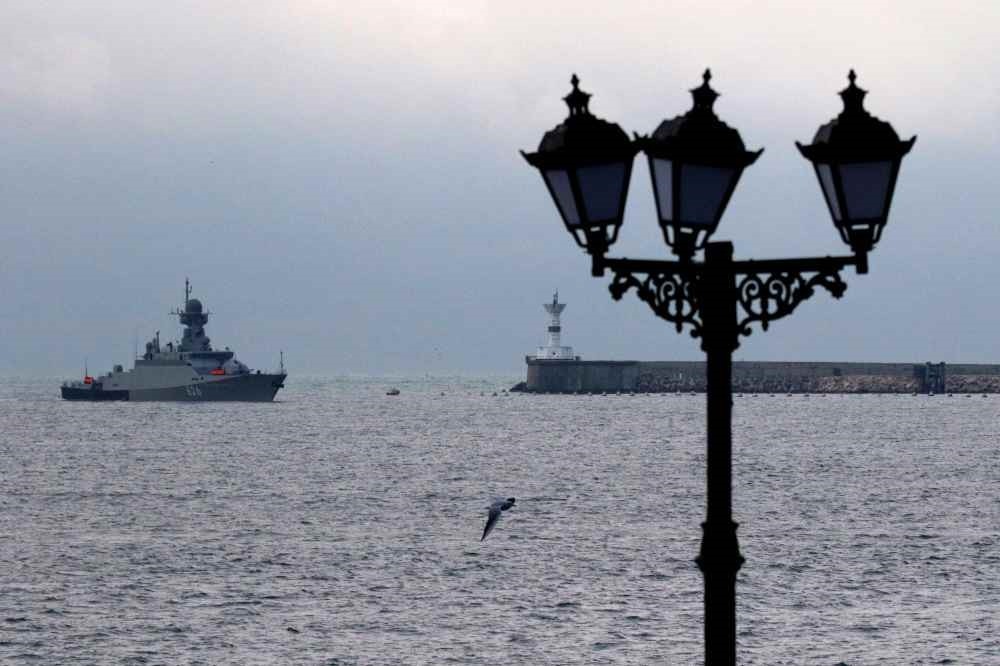 The Russian navy's new missile carrier ship, the Orekhovo-Zuyevo, arrives at the port of Sevastopol, Crimea, Dec.7.
by Teoman Ertuğrul Tulun Dec 14, 2018 12:00 am

The Black Sea is a basin where the continents meet and the land routes and sea lanes connecting the world intersect. It is the key intersection linking Europe, the Balkans, the Middle East, the Caucasus and Central Asia. In fact, it can be said that this region is the heartland of Eurasia.

It is a generally accepted historical reality that whoever controls or dominates the Black Sea can easily project power not only on the European continent, mainly in the Balkans and Central Europe, but also in the Eastern Mediterranean as well as the South Caucasus and the northern Middle East. We should remember in this respect that Russia had endeavored to establish exclusive control of the Black Sea beginning more than two centuries ago and had waged wars to control not only the Turkish straits of the Bosporus and the Dardanelles, but also the wider Black Sea region.

The game-changing event for NATO and the West in the Black Sea region was the annexation of Crimea by Russia and the Ukraine-Russia conflict that followed. This unfortunate development paved the way for further problems and nearly all legal and politically binding instruments on arms control – i.e. Treaty on Conventional Armed Forces in Europe, the Open Skies Treaty and the Vienna Document on Confidence and Security Building Measures – concluded or expired in the early 1990s. This was as a result of painstaking negotiations under the auspices of the Organization for Security and Co-operation in Europe (OSCE) that later came to be non-functional. As a result, the cooperative security order in Europe received a very serious blow.

In this context, it is worth remembering a unique document agreed on April 25, 2002 in Kiev by the Black Sea coastal states of Bulgaria, Georgia, Romania, Russia, Turkey and Ukraine under the title of "Document on Confidence and Security Building Measures in the Naval Field in the Black Sea" It will be referred to as "The Document" in this article. It is a politically binding agreement and considered to be a rare international document which reached an agreement on comprehensive naval confidence and security measures.

The Document, apart from the "Preamble" and "Other Provisions" sections, includes the following sections: Cooperation in the naval field, contacts in the naval field, invitations to naval bases, exchange of naval information and annual naval exercises.

Besides the aforementioned provisions on transparency, cooperation and exchange of naval information, the participating states declared in The Document their determination to respect the sovereignty, territorial integrity and inviolability of each other's borders.

The Document in the preamble refers to the regime of the Turkish Straits and confirms the full compliance with the principle of freedom of international navigation and the obligations of the Black Sea Coastal States under the Montreux Convention of 1936.

A quick search on the internet indicates that this unique document is still in force. The same search also puts forward the Russia's view on The Document. On the website of the Ministry of Foreign Affairs of Russia, there exists a statement made on April 26, 2002 titled "Document on Trust-Building Measures in The Black Sea Adopted" which states, among others, the following:

"By virtue of its geographic location the Black Sea has always been part of Russia's sphere of special interests. Note should be made of its close links to European security. Today it is a sea of peace and intensive trade and economic cooperation. The Document adopted in Kiev, which began to be worked out on Ukraine's initiative way back in 1994 and which was from the start energetically supported by Russia, is opening up fresh horizons and creating a comprehensive set of tools for increasing the transparency and collaboration of the region's navies in the interests of stronger peace and the development of mutually beneficial cooperation. The Russian side attaches much importance to the adoption of the multilateral document and declares its commitment to its consistent and painstaking observance. It is our conviction that, acting in the spirit of goodwill and stronger good neighborly relations, the other participating nations, will adopt a similar approach."

Further research into this topic also reveals a statement made by the Delegation of Ukraine at the OSCE Forum for Security Cooperation (FSC) concerning the review of The Document on Dec. 16, 2015 in which Ukraine rightfully refers to "illegal occupation and annexation by the Russian Federation of Ukraine's Autonomous Republic of Crimea and the city of Sevastopol" and stresses that this act constitutes a flagrant violation of the basic norms and principles of international law.

We also see in the OSCE documents that Ukraine repeats the same position in the 2016 Review Meeting of The Document. Russia's statement in the same review meeting underlines that "Although the security situation in the Black Sea region remains fragile and complex and, consequently, The Document is not implemented in its full capacity, the Participating States continue to believe in its value, relevance and contribution to regional security and stability and they will continue to act in that regard." Russia also stresses in the statement that "Pursuant to the provisions of The Document, Turkey will assume the next chairmanship in 2017."

We are witnessing truly worrying developments in the Black Sea. Recent escalating tensions in the Sea of Azov and the Kerch Strait and reports of shots having been fired at Ukrainian vessels, causing injury to some Ukrainian personnel, are examples of these developments.

The region at risk

In the light of these developments, we can confidently assert that the Black Sea region is in urgent need of confidence and security building measures more than ever. The coastal states of the Black Sea should go back to the spirit of cooperation envisioned in the 2002 document on "Confidence and Security Building Measures in the Naval Field in the Black Sea."

The unique instruments of confidence and security building proscribed in The Document should not be underestimated or treated as some romantic and useless arrangements of the past. All parties to this unique Document should act in spirit of goodwill and strive for good neighborly relations. This is especially true for Russia. As it was referred to in Russia's statement of 2002 concerning The Document, all the other coastal states of Black Sea should expect from Russia the observance of the provisions of The Document. The incident in the Sea of Azov and the Kerch Strait has demonstrated that allowing the Black Sea coastal states to act unilaterally can lead to dangerous consequences. There must be a multilateral framework for conduct in the strategically critical Black Sea region.