Post-Merkel CDU: Into to the future or back to the past? 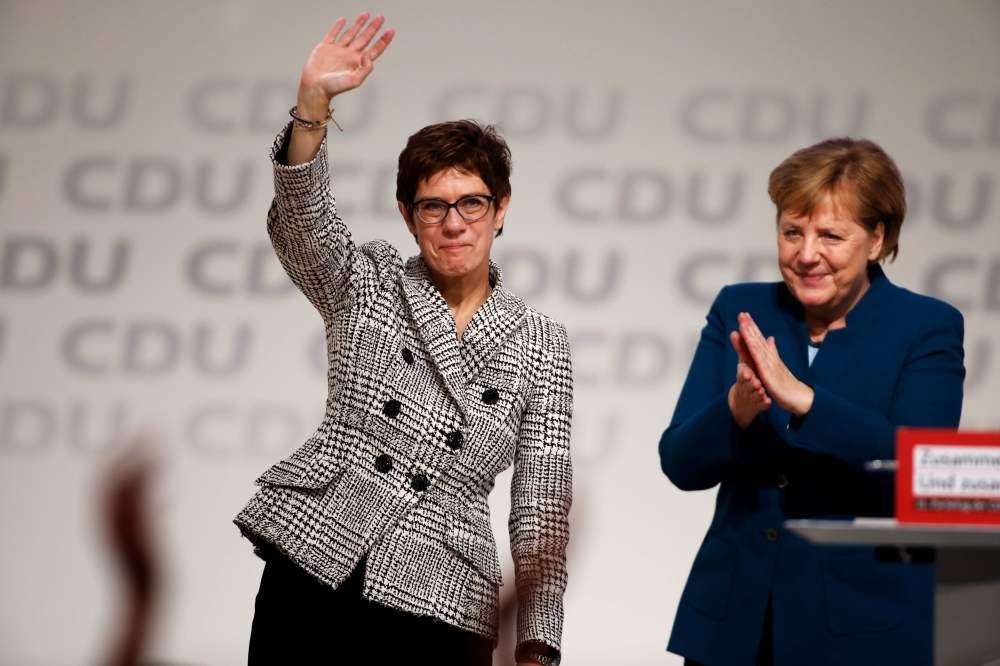 Not so long ago there was an era in German history when two political movements claimed a monopoly on national politics: on one hand there were the conservative sister parties the Christian Democratic Union (CDU) and the Christian Social Union (CSU), and on the other hand the Social Democratic Party (SPD). Both were riding high on the waves of voter trust and public admiration; basically, you were "either or."At times, rocked by heinous terrorist attacks and troubled by rises in global oil prices, overall post-war Germany can best be described as a haven of stability, prosperity and peaceful coexistence with her neighbors, including becoming a true engine of the emerging ever stronger European communities.

If we look back at the results for the general elections – beginning with the year 1972 – the CDU/CSU stood at 44.9 percent and the SPD at 45.8 percent, respectively. Although four years later the top spot was swapped, the combined figures were nevertheless above what was then a magic 90 percent level: the CDU/CSU came in first with 48.6 percent, the SPD second with 42.2 percent. The first signs of trouble for the CDU/CSU emerged in 1998 when only 35.1 percent of voters ticked what party managers would refer to as the correct boxes. Finally, by the time of the count after the last general election in 2017 the CDU/CSU came in with a disappointing 33 percent while the SPD spiraled further downwards, too, and scored a lowly 20.5 percent.

In 2017 the two parties' aggregated numbers stood at 50.5 percent. If we now look back once more at the year 1972, we witness a loss of a staggering 40.2 percent; measured over four and a half decades, a sensational decline.

We shall return to the question of what actually caused this immense reversal of both political movements' fortunes but initially we should comment on last week's CDU party congress held in the northern German city of Hamburg.

Out with the old, in with the new

After a number of rather challenging results in regional elections, party chairperson and Chancellor Angela Merkel announced her step-by-step exit from German politics. First, during the December party congress she would no longer run and second, by the time of the upcoming general elections penciled in for 2021, she would no longer be a candidate either. Hence, it was decision time on Dec. 7. Who should lead the party? Who would regain trust at the ballot box, and besides, who could theoretically become a candidate for chancellor as normally party chairmanship and being top candidate for a national election are held by one and the same person?

Candidates there were plentiful, at least by CDU standards, as the last open contest between two contenders dates back a whopping 47 years involving Helmut Kohl and Rainer Barzel. Thereafter, behind closed doors negotiating had ironed out any potential confrontations – but not so this year.

The youngest of three interested politicians was Jens Spahn, 38, at present federal health minister. Very successfully and highly motivated running his portfolio, many thought that a younger face might do the trick in upcoming elections for regaining lost ground. Then there was Friedrich Merz, 63, a highly acclaimed financial expert – and millionaire – who had taken a 15-year hiatus from active politics and surprisingly announced his comeback plans. He boldly stated he would bring back the CDU to the previous 40 percent levels. Last but not least, Annegret Kramp-Karrenbauer, 56, a former Saarland minister president and favored by Merkel, argued for a kind of middle approach between being too young and being too outspoken by stressing that issues that split society should be discussed more moderately, thus reducing polarization.

Two rounds of voting required crashing Spahn's hopes and chances in the first count; at the end of the afternoon, Kramp-Karrenbauer came out on top with 517 out of 1,001 possible votes over Merz's 482. Not a landslide any means but nevertheless the winning ticket.

CDU 2.0: from where to regain lost votes?

Even with Merz out of the race and his bold claim of bringing his party back to 40 percent, if there is one thing the CDU has to master is the art of winning again big time at the ballot boxes. Grand coalitions are always only the second-best option and clearly not loved by the electorate, the CDU after Hamburg must decide upon its course in order to add at least a swing of 7 to 10 percent of votes in its favor to ever again come close to governing with just one coalition partner as was often the case in the past, namely with the Free Democratic Party (FDP) or more recently at the federal level with the Greens.

Party strategists have 41.4 percent of the votes to consider other major parties scored and basically if this wording is allowed, make their pick from whom to take them. Here is the split: the far-right Alternative for Germany (AfD) took 12.6 percent, the liberal FDP won 10.7 percent, the Left came in with 9.2 percent and the Greens managed 8.9 percent.

Various scenarios are possible yet as it seems reducing the share of far-right votes must be priority; but is it? Kramp-Karrenbauer would not change direction of her party overnight so as not to diminish her own hopes of becoming party candidate for chancellor in 2021. It is assumed that besides adding nuances and minor shifts here and there, she will stick to Merkel's course.

But taking recent losses into account and the steady decline on the national level vote-wise, one wonders how this will be achieved unless a dramatic change of course is offered to the electorate. How would a CDU 2.0, which is basically a copy-paste of CDU 1.0, ever manage to win back the hearts and minds of disgruntled and disenfranchised voters? How could Kramp-Karrenbauer create her own winning style and profile by clinging to old, and recently often unsuccessful, formulas?

Key challenges for people's parties: not just a task for CDU

The overriding question for German politics and evaluated in perspective since the 1970s is the following: has the distribution of votes changed for the good, that is will there always be competition for the well-established parties CDU/CSU, SPD, FDP and more recently, the Greens? Taking recent unrest in France into account, one has to acknowledge that besides debates about immigration and climate change what matters most to the electorate is what is closest to their minds: their wallets.

Previously social democracy in Germany heralded a strong economy and welfare for all, with special focus on wage-earning people. Previously, conservatism in Germany heralded a strong economy with a special focus on people progressing from the working class into the middle class. Both concepts were actually rather close to each other, particularly so when half of the emerging middle classes voted left and the other half right, and when half of the salaried people turned out to be more conservative than originally anticipated.

CDU 2.0 in the format of CDU 1.0? SPD 2.0 in the format of SPD 1.0? One wonders whether the electorate takes those cosmetic changes seriously or perhaps prefers to further push into uncharted, even extreme political waters. Kramp-Karrenbauer has a huge responsibility and at the same time the opportunity to stem that tide. If accomplished, it would be very positive for her own party and for her chances of becoming perhaps the new chancellor in 2021 and for German and European society in general.