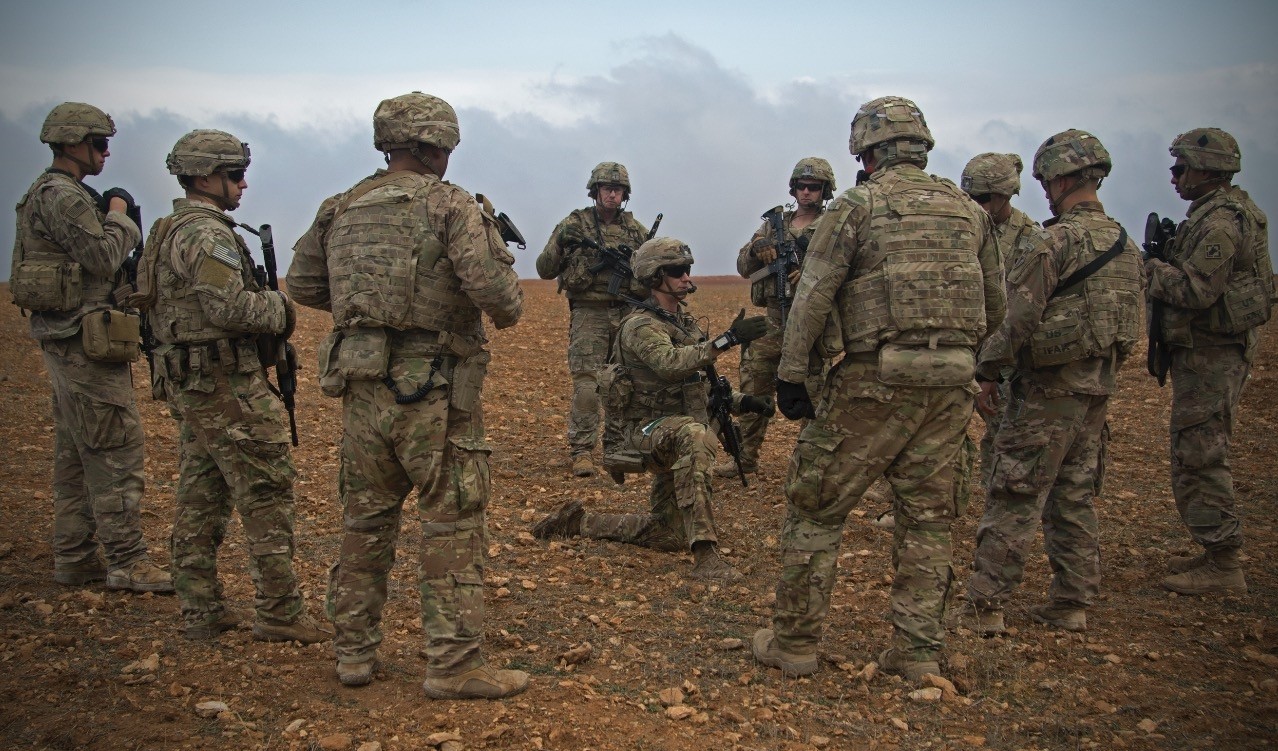 The U.S.' relationship with Turkey will be tested on the ground in Syria once the military operation starts. However, so far, the U.S. withdrawal from the region can be described as a positive development for Turkey-U.S. bilateral relations

President Recep Tayyip Erdoğan recently announced that Turkey will soon launch a third military campaign in Syria; this time to the east of the Euphrates. The offensive will be against a PKK-affiliated terrorist organization, which is backed and supported by the U.S. There was another significant development in the region after U.S. President Donald Trump announced the withdrawal of U.S. troops from People's Protection Units (YPG) held areas. Although the meaning of this announcement is still unclear, its outcome will have a huge impact.

According to Turkey, the U.S., its strategic NATO ally, is still supporting the terrorist organization that has been threatening Turkish sovereignty for almost 40 years. The PKK's Syrian offshoot, namely the YPG, has deployed armed troops along Turkey's borders under different names and implemented a demographic change plan in areas where Arabs constitute a majority. Around 94 percent of Manbij's population consists of Arabs and more than 90 percent of the population in Raqqa are also Arabs. Talal Silo, a former spokesperson for the Syrian Democratic Forces (SDF) – a group dominated by the YPG – who fled to Turkey in November 2017, once said in an exclusive interview with Turkey's Anadolu Agency (AA) that the SDF was "just a name" used to cover U.S. support for the terrorist group.

The Astana process for Syrian peace launched at the beginning of 2017 by Ankara, Moscow and Tehran, was severely shaken. However, the Astana track fulfills a crucial need for the three guarantors, the Syrian regime and the opposition. As such, foreign ministers from the three countries recently held a significant meeting in Geneva, having reached an agreement on building a new Syria by helping make a new constitution for the country.

The results of other peace talks have helped in halting the separation and settlement project backed by Washington under the pretext of defeating Daesh. The project not only threatens Turkey but also Syria's territorial integrity. The three major stakeholders still have a lot to do in Syria, especially in Idlib, where factions enlisted as terrorists still exist, and in northeastern regions where the YPG has taken full control.

In an interview with the French website of Russian broadcaster RT, Russian Foreign Minister Sergey Lavrov accused the U.S. of trying to establish a "quasi-state" in Syria and creating "conditions for a normal way of living for their subordinates, creating a structure of authority which is an alternative to those legitimate [structures] of the Syrian Arab Republic."

By supporting the YPG and ignoring Turkey's viewpoint and the threats it is facing, the U.S. is trying to legitimize its project and protect the land it controlled after the defeat of Daesh. If the U.S. behavior doesn't change, it may be expected that participants in the Geneva talks must accept a representative of the YPG sitting next to them at the same table, especially considering the terrorist group has taken control of huge territories in Syria. Syria and Turkey still consider the YPG an illegitimate organization similar to Daesh and the Nusra Front.

Turkey is very serious in its warnings and will definitely strike targets that threaten its national security. No U.S.-Turkish clash is expected on the ground in Syria, though Trump's recent decision proved it, the already strained relations may grow tenser. Any clash between the two NATO powers would be in Russia's favor and any dispute that erupts between the two parties will further complicate the situation. Russia, meanwhile, doesn't want any clashes with U.S.-backed forces and has smartly left Turkey to accomplish its task in northern Syria, whether through Operation Euphrates Shield and Operation Olive Branch in the past, or its imminent third military operation.

Amnesty International revealed in a 2015 report that the PKK-affiliated forces in northern Syria may have committed war crimes with a campaign of displacement and home demolitions aimed mostly at the local Arab population. A senior adviser at Amnesty International named Lama Fakih said: "By deliberately demolishing civilian homes, in some cases razing and burning entire villages, displacing their inhabitants with no justifiable military grounds; the Autonomous Administration is abusing its authority and brazenly flouting international humanitarian law in attacks. The PYD-led [Democratic Union Party, linked to the PKK] Autonomous Administration cannot use their fight against terrorism as an excuse to violate the rights of individuals in areas under their control."

In a nutshell, the developments east of the Euphrates represent the greatest danger affecting the future of Syria, the unity of its land and its geopolitical role; they also put the security and sovereignty of Turkey in peril. The U.S.' relationship with Turkey will be tested on the ground in Syria once the military operation starts. However, so far, the U.S. withdrawal from the region can be described as a positive development for Turkey-U.S. bilateral relations.

* Researcher in Russian and Turkish affairs