Why the EU started to consider forming an army 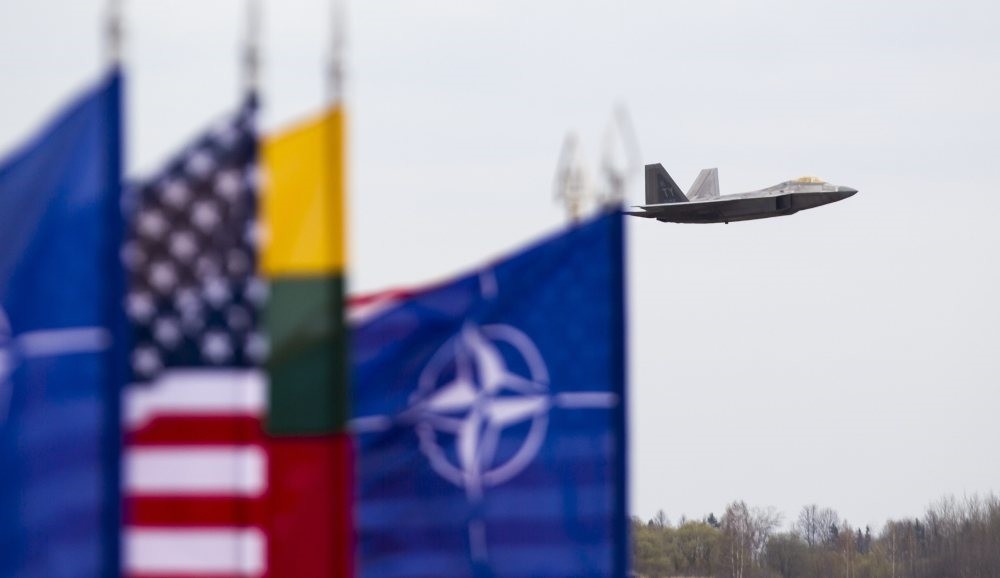 While the G7 declared full support for Ukraine in its recent naval standoff with Russia, U.S. President Donald Trump canceled his face-to-face meeting with Russian President Vladimir Putin on the sidelines of the G20 meeting. Yet, Putin himself put all blame for the standoff on the government in Kiev. At the same time, Ukrainian President Petro Poroshenko asked NATO to send additional warships to what is commonly referred to as the international waters of the Sea of Azov.

When putting pen to paper, the situation was far from being resolved but the first signs of normalization have manifested, including Ukrainian commercial vessels being able to resume between four and five shipments per day through the Sea of Azov.

So, what if there was a real European army, either as a stand-alone entity or as a fully integrated part of NATO? Would it have helped solve such a crisis? Could it perhaps even have become a deterrent for it ever having happened? Or would it have made no tangible difference whatsoever?

Some weeks ago, French President Emmanuel Macron suggested a true European army; a few days later, German Chancellor Angela Merkel replaced the word "true" with the word "real" in another speech. What matters is that both leaders agreed on floating an idea which per se is nothing new at all. There was the Western European Union (WEU), which since its inception in 1954 was perceived as an international organization and military coordination body. Eventually its tasks were transferred to those of the emerging EU and since the Lisbon Treaty of 2009, almost entirely embedded in the EU's Common Security and Defense Policies (CSDP). Then two years after Lisbon and by 2011, the WEU had ceased to exist. Hence calls for a European defense policy were always on the table.The reality on the ground is that 22 of today's EU member states are NATO members as well. The reality, too, is that besides the aforementioned CSDP, a growing defense coordination body has been set up: the Permanent Structured Cooperation (PESCO). PESCO, which combines 25 of today's 28 EU member states, is aimed at enhanced coordination, increased investments in defense and further developing defense capabilities among EU member states, including those that are not currently NATO members. The permanent structured cooperation PESCO sets as its ambitious goals includes joining forces on a regular basis, spending together, investing together, buying together and acting together. Military capabilities developed under its helm by individual member states remain in the hands of those individual member states so they could, in principle, contribute them to NATO as well.

Moreover, it currently runs 34 separate projects that need to be implemented by each member state via national implementation plans (NIPs). Per examples, those projects include cyber rapid response teams, a European medical command, military disaster relief, and specialized helicopter training or upgrading maritime surveillance plus co-basing, meaning the joint use of national or overseas bases of another member state by forces of one or more other member states' forces.

In this context, Merkel mentioned in her comments about a real European army at the European Parliament a short time ago that one advantage of creating such an entity would be to streamline the current 160 separate weaponry and defense systems used by EU member states. Joint training and overall administration of the current individually managed member states' forces would be another plus. She further stressed that this new army should not be seen as a competitor to NATO but to simply allow EU member states that are NATO members to speak with one voice.

In relation to her comments, there was confusion all around. Were her and Macron's proposals only aimed at coordinating EU member states' efforts within NATO, or did both hint at the – albeit distant – possibility of having a totally separate structure side by side with NATO?

Those who follow recent EU history would in all likelihood arrive at the following conclusion: from PESCO to an EU army is a huge leap indeed. Even only thinking about setting up a joint command structure – and based, where, in Paris or Berlin or someplace else – would take many years. And how would it react if prompted to intervene in combat or would that be ruled out in its statutes?

Would an EU army have sent ships to the Sea of Azov?

Imagine that an EU army was in place today and fully operational. Poroshenko would have asked this EU army to send battleships and warships to monitor and patrol the Sea of Azov instead of NATO. First, Brussels – or Berlin and Paris – are close by; second, there are very good relations between the EU and Ukraine. Third, there might be the assumption of that if Russia is faced by a united European front it would more quickly back down instead of enjoying haggling with NATO or Washington.

The million-dollar question, however, is not the asking for help but whether or not it would have been given?

If today's sensitivities prevail, the answer is a rather obvious no. German Foreign Minister Heiko Maas made this point very clear when he said that there would be no German warships in the Sea of Azov, or even in the Black Sea close to where the Sea of Azov begins, and this was said long before a European army existence.

On one hand, the Germans primarily believe in the de-escalation efforts instead of flexing their muscles. On the other hand, due to the history and sensitivities in many parts of that region, seeing German warships would not necessarily be a welcome sight. Hence, why would Germany's realpolitik stance paired with historical awareness change if there were a fully operational EU army? Probably, it would not.

Thus, having an EU army would in all likelihood not have greatly facilitated a swift return to normality between Ukraine and Russia. It would thus not have prevented it either. Perhaps it would never have gotten involved?

Only if all participating states would once and for all drop their national sensitivities, whether right or wrong, could such an EU army under one Joint Command Structure really work.

So is it real, or only playing to the gallery?

Anyone proposing a real or true European army will be very well aware of the fact that this is something no politician suggesting it now would see completed while still in office. It is a long-term proposal. Could it work? Hypothetically it could if all national sentiments cited above are overruled or no longer an issue. But would European citizens really want to see their very own army under one command and probably under one flag and God forbid, but theoretically being drawn into conflicts NATO no longer wants, or no longer can solve on its own?

Perhaps the proposals were made in earnest as Merkel and Macron believe their common European vision needs to complete its final pillar.

Perhaps they were made to distract from political upheavals at home and to show off a supposedly trouble-free issue.

Perhaps they were made in response to Brexit; how should a post-Brexit Europe without one of its major players stay in the wider picture of world affairs? Seen this way, a European army could add new clout and perhaps diminish fears of further exits.

In conclusion, probably it was a little bit of all of the above. In this light, the answer in relation to today's headline would read, no, a European army would neither have prevented nor interfered in the Russia-Ukraine standoff. So, is it really necessary or does the EU have perhaps more pressing items on its agenda?