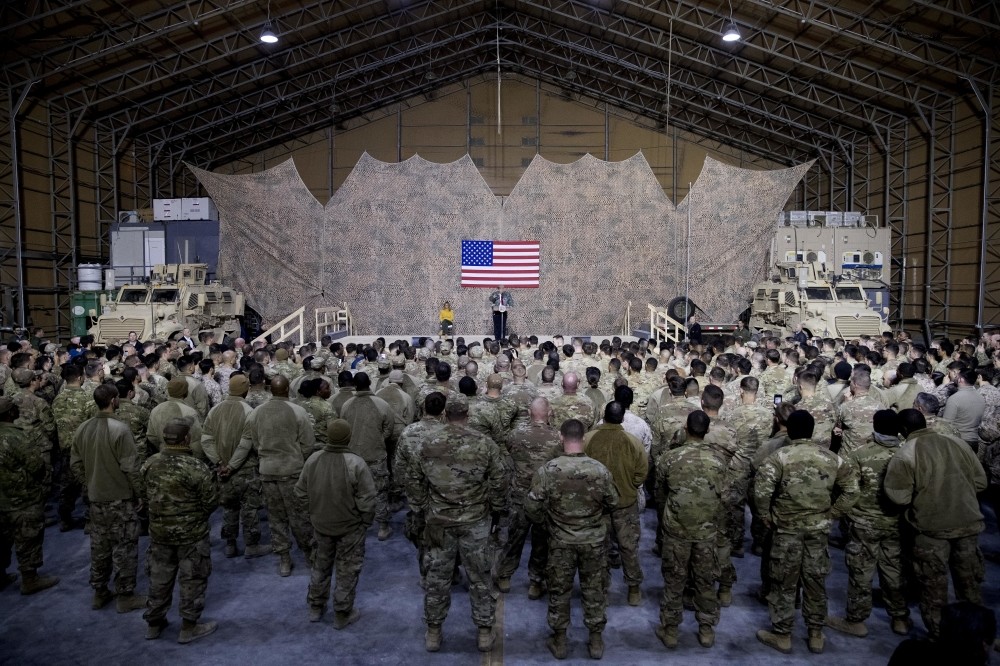 From the beginning, Turkey called on the U.S. to work with its powerful and legitimate ally regarding Syria and Daesh, instead of terrorist groups. This was the most reasonable and ethical option

In my previous article, I made the following remarks about the U.S.-People's Protection Units (YPG) relationship, which I found "unsustainable."

"Putting bounties on PKK leaders was interpreted as an effort to strengthen this frail strategy. Indeed, U.S. Special Representative for Syria [James] Jeffrey said a day later, 'We have not and do not define the YPG as a terrorist organization.' Thus, Ankara's prediction came true. In other words, there was nothing new on the eastern front. Maybe there is, but it's impossible to tell it now… For this to occur, however, the U.S. should abandon its YPG-based strategies that have no basis either in real life or on the ground. The most toxic issue in bilateral relations is the continuing U.S. cooperation with the YPG, the Syrian offshoot of a terrorist organization which was founded by Abdullah Öcalan and is managed from the group's base in the Qandil Mountains and which keeps on carrying out terrorist attacks against Turkey, a NATO ally."

Time is swift, and events unfold very quickly. Indeed, shortly after that piece, U.S. President Donald Trump announced the U.S. withdrawal from Syria in an important tweet: "We have defeated ISIS [Daesh] in Syria, my only reason for being there during the Trump presidency."

Actually, Trump announced the withdrawal decision also in last April, but the Pentagon persuaded him later to stay in Syria a little longer. Remembering how Trump evaluated the issue of Syria and Daesh and what he said during the election campaign, we understand that this latest decision was not made overnight.

It was stated that Trump talked about both the withdrawal decision and its details in a phone conversation with President Recep Tayyip Erdoğan on Friday, Dec. 14. Erdoğan also confirmed that. Of course, Erdoğan stating, "We will start the operation in a few days," several days before that decision was among the breaking points during the latest process.

Turkey has repeatedly and firmly stated that it will not allow the outlawed PKK to establish a de facto state in northern Syria by changing the demography along the border that would forcibly drive Arabs, Turkmens and the Kurds who do not sympathize with the PKK out of the region and by committing murders. This was a rather toxic issue within the relations between the U.S. and Turkey, which have long been strong allies. Needless to say, the other issue is the U.S. hosting of the Gülenist Terror Group's (FETÖ) leader in Pennsylvania.

While hosting nearly 4 million refugees, Turkey has also fought against a lot of terrorist groups simultaneously, particularly Daesh and the PKK/YPG. With its strong army and democratic system along Europe's border with the Middle East, it took on a unique mission as a safety valve. It captured thousands of Daesh militants and prevented them from entering Europe. It exchanged information at the highest level, though it could not get the same from the others, thus shouldering Europe's entire burden alone. However, not only was Turkey left alone in all these efforts, its allies also insisted on helping to create a terrorist state along its border, disappointing Ankara and leaving it wondering how to interpret the situation.

To give a reverse example, for Ankara, hosting the leader of FETÖ in Pennsylvania is the same as hosting Daesh leader Abu Bakr al-Baghdadi in Ankara. Or let's say, the U.S.' and Europe's sympathy and support for the YPG is to Ankara what the support for the creation of a terrorist state along the Mexican border would be for the U.S.

Turkey views these two issues as attempts to undermine its very existence. And whoever rules the country will think and feel the same. A little empathy would be enough for that. In other words, both issues are redlines for Ankara. Otherwise, Turkey does not have an eye on another country's soil nor does it want to damage its relations with the U.S. and the EU without reason. In fact, Ankara has managed to remain calm and rational despite all the developments that infuriated it. It has not severed relations and avoided hasty decisions and moves. It has always acted with an emphasis on international laws, moral superiority and relations with friendly nations.

Naturally, as Turkey has faced many disappointments, especially over the issue of Syria since Barack Obama's presidency, the recent withdrawal decision was met with suspicion in the country. But Erdoğan characteristically values personal relations, statements of his counterpart and, despite everything, gives priority to mutual trust. I see that the two presidents understand and trust each other in this respect.

This withdrawal decision can be analyzed in many ways. But what I think first is that, with this decision, Trump wants to repair the tattered relations with Turkey on the basis of trust again. Though the decision was met with suspicion and surprise, various steps followed quickly. On Dec. 23, CNN reported with reference to two officials from the Defense Ministry that Defense Secretary James Mattis, who will leave office in January, signed the order for the withdrawal of U.S. troops from Syria. The order reportedly included details about how and when the U.S. soldiers will leave Syria, and the withdrawal is set to begin in the next weeks and continue for several weeks.

Of course, we will see the extent and limits of the withdrawal. For factual information, however, it's helpful to reiterate the figures about the U.S. presence in Syria. The U.S. has set up 23 military bases in Syria. Almost all of these bases are located in areas controlled by the Democratic Union Party (PYD), the Syrian offshoot of the PKK. The bases are in Deriq, Tabqa, Rmeilan, Al Hol, Ash Shaddadi, Kobani, Ayn Issah, Manbij, Raqqa, Hasaka, Al Tanf which is located on the Iraqi border and controlled by the Syrian Democratic Forces (SDF), and Tal Abyad, which is at the border crossing near the Akçakale district of Turkey's Şanlıurfa province. The U.S. established its last military airbase in the Behra region on the eastern countryside of Deir el-Zour, which was cleared of Daesh. The U.S. is said to have 2,000 soldiers in the region.

A possible confrontation between Turkish and American soldiers within the region following Turkey's avowed determination to intervene in the region would definitely be a disaster. Erdoğan stated that such a confrontation should be avoided, saying, "Our target is not American soldiers." However, the incursion of Turkish troops into a region with so many U.S. bases and soldiers would aggravate the risk. Erdoğan also expressed that Ankara's patience was about to run out when he said, "Either you take off your flags, or we will have to hand those flags over to you."

No matter who got surprised and sad, that was the best and most rational decision for both the U.S. and Turkey. From the beginning, Turkey has called on the U.S. to work with its powerful and legitimate ally regarding Syria and Daesh, instead of terrorist groups. That was the rational, ethical and reasonable option.

Also, some express doubts that the withdrawal decision of the U.S. has a hidden agenda. Since so many problems and wavers about Syria occurred, it is just normal. Personally, I am among those optimists who think this decision must be given a chance. In the Middle East, both making a game and implementing it without Turkey is equally pointless. If the issue is Daesh, the Turkish army dealt the severest blow with Operation Euphrates Shield by neutralizing more than 4,000 militants in a short time. If it is about restoring peace and stability to Syria, achieving this goal without Turkey's contribution is not possible, either. And Turkey is an honest and a reliable partner ready to work with the U.S. and coalition forces on all these issues.

It's hard to explain why Western nations fail to appreciate the value of Turkey as a democratic and secular Muslim country with a strong army, young population, unique geopolitical location, potential and a robust economy. This failure leads to a needless waste of time and resources. I believe that Trump is more realistic in this regard.

I have often written that the U.S. position on Syria is not sustainable. I think what is unsustainable should not be sustained.