Supremacy of justice or the hegemony of power 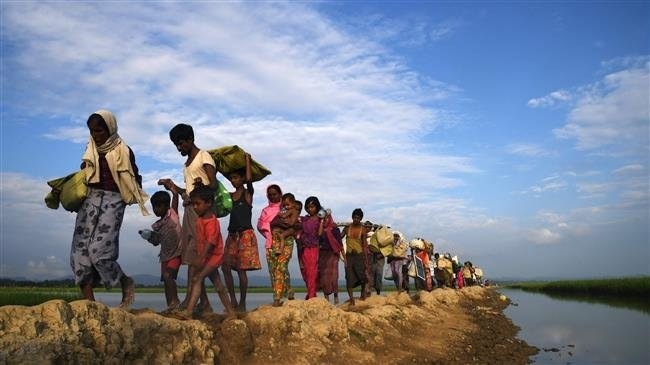 Rohingya Muslim refugees, who were stranded after leaving Myanmar, walk toward the Balukhali refugee camp after crossing the border with Bangladesh, Nov. 2, 2017.
by Ferhat Küçük
Dec 28, 2018 12:00 am

The ICC not being able to judge those responsible for the ongoing atrocities in the world, such as in Myanmar against the Rohingya Muslims or in the Syrian civil war, proves that justice is in the hands of powerful hegemons. Therefore, it is fair to say that, in the international platform, there is no supremacy of justice but only supremacy of power

From the Srebrenica genocide to today's tragic atrocities in Rwanda and Myanmar, the late 21st century has been littered with inhumane crimes. Not a day has gone by that a horrible news story doesn't hit headlines in world media. In order to legally prevent the inhumane crimes and judge those responsible, the United Nations Security Council (UNSC), in May 1993, founded a special judicial court, namely the International Criminal Tribunal, for former Yugoslavia.

The Yugoslavia court, which was established by U.N. Resolution 827 in the Netherlands, was established to prosecute serious crimes committed during the bloody war in Yugoslavia. Another international tribunal was then founded in November 1994 to judge the responsible of the unfortunate civil war between Tutsi and Hutu groups, which resulted in a mass genocide in the east-central African country. Despite such initiatives, the inhumane crimes didn't stop escalating and pushed the United Nations to start thinking about forming an internationally comprehensive judicial body that needs to have the power to sanction all states.

As a result, today's International Criminal Court, also known as the ICC, was thought to be formed by the members of the U.S. justice commission in a meeting in Rome to struggle with the inhumane crimes committed across the world. In 1998, the ICC was finally established by the U.N. with the aye votes of some 120 states, including the United Kingdom, France and Russia. Some member countries such as the United States, Israel and China, however, weren't of the same opinion.

Now, the ICC has the international right to judge criminals but not states. The particular cases, according to the principles of its authority, should be on war crimes, genocides or crimes committed against humanity.

However, the jurisdiction of the ICC and its way of exercising its jurisdiction have been widely criticized for the fact that the court's authority hasn't been regulated for some crimes, such as the use of nuclear missiles, weapons of mass destruction or laser guns. When taking into consideration how these weapons and missiles could lead to dangerous results for humanity, it is a huge problem for the effectiveness of the ICC.

There are plenty of illegal developments resulting from the ineffectiveness of the ICC body. For example, if a person kills someone with a poisoned arrow or an expanding bullet, the International Criminal Court is legally authorized to judge the culprit. Contrary that, the court remains unauthorized to judge the responsible of a mass murder of civilians committed by a nuclear weapon. There is no legal excuse, reason or logic for such a factual reality.

According to U.N. regulations, if a state, who is accused of genocide or an inhumane crime, commences prosecution or an investigation against the said crime, the ICC isn't allowed to maintain the case.

The world has already been suffering from the law of the jungle. It is a fact that economically powerful states dominate the weaker ones, and this is the same in the judicial incidents. The United States, for instance, puts pressure on the international courts; however, since it cannot fully manipulate the ICC, it signs bilateral agreements with the weaker countries to find a way to legally save itself as there are many accusations against its acting and operations in many regions and the Middle East in particular.

When it was first established, the idea of an independent and objective international body to help prevent crimes against humanity sounded good to the world. With the presence of such a body, unfair developments would be prevented. However, the story didn't develop as it was predicted. The PR campaign for the court had been made as if it would help contribute to world peace by judging those responsible for wars, genocides and mass killing.

The ICC has so far fallen short of generating a legal structure that doesn't suffer from a lack of credibility and trust. Instead, it has become the victim of hegemon powers interfering in its own cases. The ICC not being able to judge those responsible for ongoing atrocities in the world, such as in Myanmar against the Rohingya Muslims or in the Syrian civil war, proves that justice is in the hands of powerful, hegemon powers. Therefore, it is fair to say that, in the international platform, there is no supremacy of justice but only supremacy of power.