Next step in Syria's peace settlement will be a new constitution 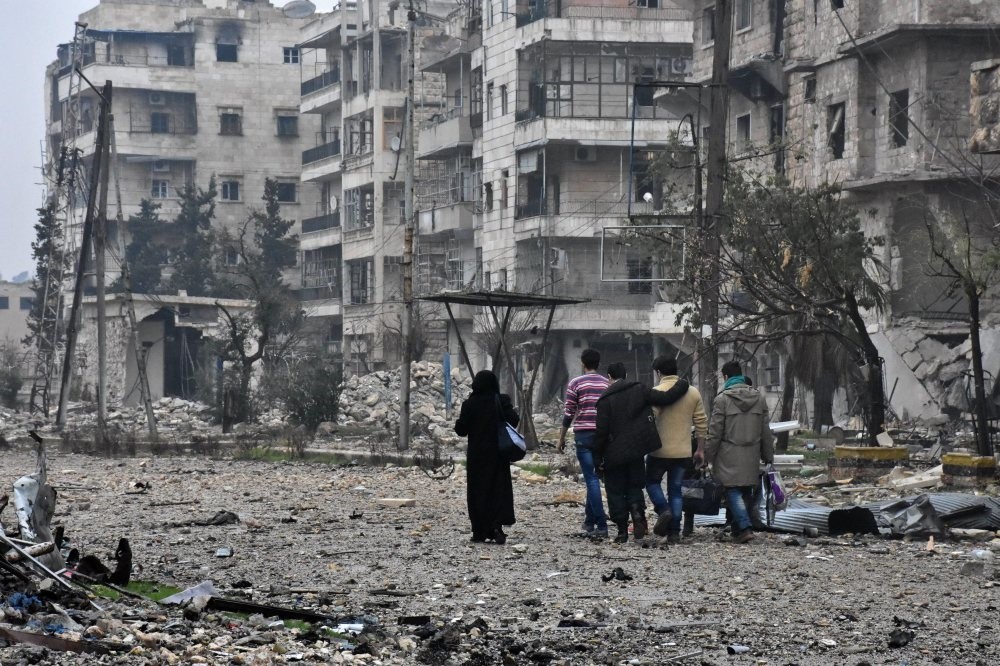 Built to avert war and hostilities, foreign policies are successful when peace is restored, enmity is gone and trust and compassion start to prevail. The latest developments in and around Syria signal the coming light at the end of the tunnel: seven years of war may soon be over and normal life restored.

The announced withdrawal of U.S. troops from Syria is a success for Turkish foreign political initiatives, implying inter alia an increased Turkish presence to replace the leaving Americans. It's also a culmination of the Turkish-U.S. tensions that reached a peak in December when President Recep Tayyip Erdoğan announced Turkey's readiness to cleanse the territories east of the Euphrates of the terrorists of the People's Protection Units (YPG) affiliated with the Americans. The YPG, an armed wing of the Democratic Union Party (PYD), is organically linked to the PKK and is listed as a terror group by the United States and the European Union at the same time. The YPG has also been the U.S. comrade-in-arms in Syria.

The situation was suddenly resolved when, in a surprising move on Dec. 19, U.S. President Donald Trump announced his decision to send the U.S. troops deployed in Syria back home after declaring victory over the notorious Daesh. The decision, which came as a surprise to the international establishment and even for Trump's government, came following the U.S. president's phone conversation with Erdoğan. The development has generated a positive reaction from Turkey, which pledged to postpone a still possible incursion for at least 30 days.

The aftermath of Trump's decision

On Dec. 21, in his first public comment on the U.S. withdrawal, Erdoğan revealed Turkey's plans to adopt an operational strategy for eliminating YPG terrorist elements and what's left of Daesh in northeastern Syria. Earlier, Foreign Minister Mevlüt Çavuşoğlu called the U.S. move important for the political resolution by saying, "We welcome the decision." At large, Trump's decision has generated a mixed reaction, ranging from the resignation of Jim Mattis, the U.S. defense secretary, to French President Emmanuel Macron's promised support of the YPG, the newly abandoned U.S. ally. Earlier, France suggested giving a seat on the Syrian constitutional committee to the Syrian Democratic Forces (SDF) largely composed of the YPG, but the suggestion was opposed by Turkey.

As for Russia, President Vladimir Putin called the troops withdrawal announced by Trump the "right" decision that – if it happens – will trigger the political processes, and constitutional ones particularly, under the auspices of the Astana format on the peace settlement in Syria established by Turkey, Russia and Iran.

"It's a real, real prospect for political settlement," said Maria Zakharova, the spokesperson for the Russian Foreign Ministry, echoing that Putin is determined to translate success on the battlefield into political gains, starting from a new constitution to keep Syria a unitary state to Syria's reconstruction and return of the refugees.

The U.S. affiliation with the YPG

Trump's decision may well become a turning point in the seven-year conflict in Syria. The U.S. has been a party in the international coalition to deliver airstrikes against Daesh and other militants. The current number of its ground troops stationed in Syria reaches 2,000, while a network of bases and airstrips have been established in the northeastern part of the country. The U.S. rendered support to and affiliation with the militants of the YPG, reinforcing the latter's attempts to establish an ethnic entity of autonomous Rojava.

Now left without support, the YPG may well put the plans on standby about a terrorist statelet in northeastern Syria. The SDF/YPG alliance may also choose to succumb to the Bashar Assad regime supported by Russia and Iran to avert an open confrontation with the Turkish military if the latter makes a pledged incursion into Manbij in northern Syria.

If the deal is done, the regime will strengthen its grip over the whole territory of Syria, a cherished goal of Assad's government. How possible this scenario would be, depends on Turkey, Russia and Iran's – the Astana process guarantors – success in coming to a compromise. Their positions differ: Russia and Iran support Assad as the country leader, while Turkey doesn't see a place for him in the future of Syria, to say the least.

Until today, one-third of Syrian territories in the north have been controlled by the U.S. through its alliance with the SDF, a bit more than half of the country is under the Assad regime, while the rest is under Turkish supervision. The SDF-controlled regions contain 90 percent of Syria's oil and gas reserves, including its largest oil field of al-Omar, as well as most of the water resources, while the northeast is Syria's breadbasket as well. Thus, control over these regions is vital for the government in Damascus. If the Assad regime strikes a deal with the SDF/YPD, it will be able to regain a big part of the Syrian territory with the exception of its very north supervised by Turkey as a security zone against the YPG terrorists.

The alliance with the army

"The YPG members are the only ones the U.S. has managed to win to its side," Mikhail Emeliyanov, the first vice-chairman of the committee on legislation and state development of the RF Duma and head of the Russian delegation to the Black Sea Parliamentary Assembly (PABSEC) shared with Daily Sabah.

"The irony was that the mighty U.S. needed a small YPG army more than the YPG army needed Americans. The U.S. may well have wanted to meet Turkey's concerns but never took the risk of pressuring the PKK, being afraid of their jumping the boat and finding someone else in the region to affiliate with" due to the general weakness of the U.S. position in Syria.

The PKK and its regional affiliates attempted to form a statelet in the region; therefore, they pose a huge danger and threat in the Middle East, being a source of security concern in the region.

"Striving to establish an independent state," continued Emeliyanov, "The PKK leaders wrongly took the conflict in Syria and Iraq for an opening opportunity. It turned into a failure; they overestimated the U.S.' influence while undervaluing the regional players of Russia, Iran and primarily Turkey. They erroneously assumed that independence could be gained without the regional players support and demonstrated a close affiliation with the U.S. That generated a less than enthusiastic reaction of the regional players none of whom wanted a U.S. puppet of a PKK statelet."

Speaking about Moscow's stance against terrorist enclaves, Emeliyanov said: "Russia has always kept distant from all and any separatist movements.

"For sure, PKK members have been fighting for independence for a long time, but no independence is born by itself. For declaring independence, a foreign political situation has to be created, while the developments in the Middle East were not favorable for it. Still, PKK members were adamant to proclaim it and placed the bet solely on the U.S., and Russia distanced itself from them and let them go. They sided with the U.S., and now they have what they've got. Russia has never thought to change its position on territorial integrity to comfort the adventurist aspirations of the PKK leadership."

"To expect the regional civilian Kurds at large to engage in the constitutional process in Syria is just natural," continued Emeliyanov: "They don't have an alternative to that within the Astana format. Those who are realistically minded and are not the dreamers will see the opportunities opened by the Astana format for Kurds if the enjoyed ambitions are balanced. But if there are still those among them who continue betting on the chaos in the Middle East and hope to get independence through U.S. help – it's a pipe dream, this will never happen. They need to respect the interests of the regional players, of Turkey and Iran."

The U.S. troops will be back home shortly: their withdrawal has been formally ordered. The Turkish military will wait until they leave the region before moving in to fill the vacuum. Their mission will be to cleanse the area from the remaining terrorist Daesh, take steps against the YPG terror threat and avert the Assad regime's expansion into the area under supervision.

The U.S. presence in Syria is about to be over, leaving behind betrayed and abandoned YPG extremists whose leaders will likely flee into northern Iraq to hide out with other PKK terrorists in the Qandil Mountains. For the rank and file of YPG warriors, the only savior might become the Assad regime, while the YPG succumbing to regime power would strengthen Syria's chance to survive as a centrally controlled unitary state.

The role of the Astana process in the Middle East will continue growing with Turkey strengthening its position on Syria and in general.