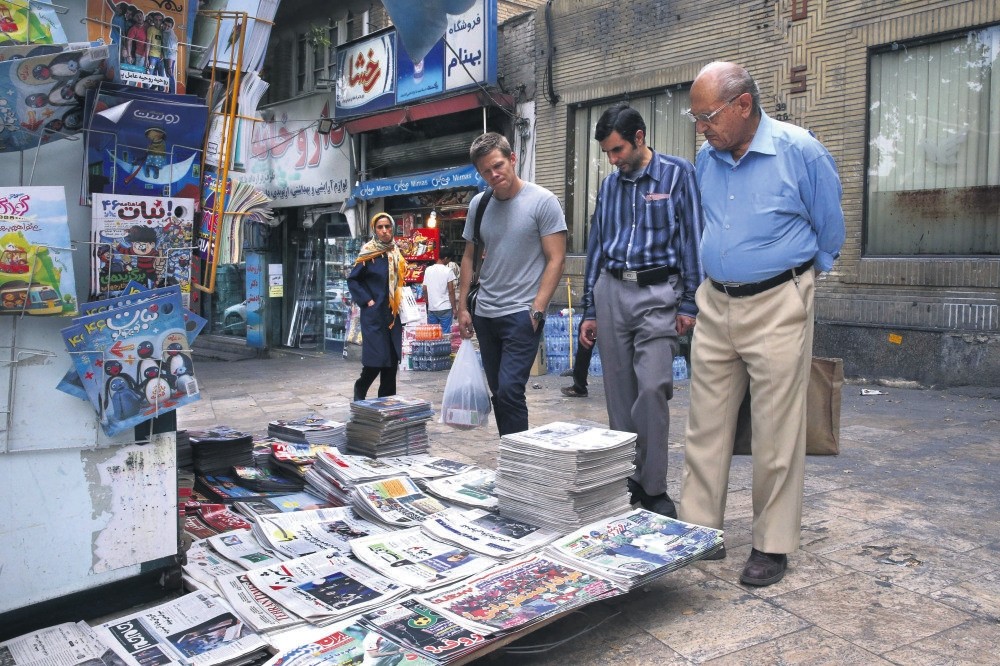 It is hard to find the exact reasons for the domestic challenges that Iran faces, as the country has unique socio-economic and political dynamics when compared to neighboring countries

In my article "The Loss of Social Capital Constitutes a Huge Threat," the impact of underestimating or undermining social capital on the overall situation of a country was discussed, exemplifying particular Iranian realities. Those realities and the causes behind the rising cultural and socio-economic challenges Iran has been facing in recent decades are not merely related to outside pressures, as there has been a lot of misunderstanding or misreading of the situation in Iran.

Thus, a discussion that would clarify the relationship between social capital and socio-economic development specifically with respect to Iran would serve at least two main purposes: first, to get a general idea of the cause and explanation of the government's unseen and unheard challenges along with the role of social capital in the development process according to the exclusive situation prevailing in Iran. It helps us to become more familiar with the roots of challenges and uncertainties in order not to merely put every problem on others' shoulder since many countries expend huge amount of budgets on their security and military affairs and a much of the budget on counter terrorism and other forms of security threats.

However, they never underestimate their people's primary rights and socio-economic matters nor misuse these challenges as a common excuse for systematic ignorance. There are many examples of countries that have been under the control of colonial powers, even among the world's most war-damaged countries and/or in a severe and fragile geopolitical situation, but they have succeeded in rebuilding and developing in many aspects by strengthening both their familial and social pillars.

Second, the necessity of establishing a platform by the government and influential bodies in Iran through which NGOs, scholars and intellectuals from in and outside of the country can share their views to find solutions to the alarming level of social capital.

The main task to overcome

The element of "socio-economic development" is a vital challenge to Iran, which needs to be seriously addressed by the government. It should be pointed out that Iran has always suffered from the unfortunate results of its governments' systematic "unseen and unheard" phenomenon, along with people's irrationality. These factors negatively affected every pillar of social capital, particularly the aspects that Robert Putnam called bonding or bridging in his theory. The "unseen and unheard phenomenon" is all about the governments' ignorance of finding solutions to the urgencies and perplexities of cultural and socio-economic dynamics. As a result, what I would like to emphasize here is not the gradual or immediate impacts of outside elements' intervention – the elements, their intervention and impacts can emerge in a variety of forms – but rather the function of the political system and government and the role that people play.

Similarly, it is important to note that the development should be sustainable. By sustainable development, here, I mean the solutions that this element provides and the models it introduces to help economic, social, cultural and infrastructural development in order to stay sustained to prevent injustice and the decrease in quality of living standard; the sustainable development is not only a must for improvement and progress but also provides the basis for the improvement of social justice and fixes cultural and social shortcomings. Thus, every country needs social capital along with physical capital and human capital.

In the case of Iran, socio-economic and cultural shortcomings have gradually affected many areas such as social welfare, human rights, equality, the feeling of respect and social belonging, mutual respect, self-actualization and, ultimately, the decline in social capital. The later brings with it huge violations in social and economic norms, a rise in vandalism and ever-increasing social offensives and a high level of distrust. The outcome is increasing individualism, which undermines the collectivism that causes a rise in production cost and a fall in production volume and economic activities. No doubt that security will, in the long run, receive its share of these norm violations. Of course, it shouldn't be left unsaid that the Islamic Republic has so far in a well-timed manner removed security threats to the country's sovereignty and internal-external interests; the people and their feeling of respect, mutual trust, social belonging and self-actualization are not of less importance. As far as the situation in Iran is concerned, the necessity of bringing attention to the "classical growth theory" is felt. According to this theory, economic growth is primarily defined as the quantity-based growth of production factors such as workforce and capital but empirical evidence indicates that only 40 percent of growth can be determined by economic variables; the remaining 60 percent is not because of technical or technological issues since many countries have the technologies but have not been able to reach the expected standard level of growth; it is rather because of the working atmosphere; the work culture, management in all aspects, et cetera. One of the most important elements that form this atmosphere is "social capital," which I may call "a missing collective asset" in Iran.

Taking the benefit of my own field research in some urban and rural areas, some of the characteristics of social capital in Iran are listed, which is the clear proof of its impacts on the pillars of sustainable development and socio-economic development according to the exclusive situation prevailing in Iran. These characteristics have already had their negative impacts on the functionality of the state and government and the level and scope of people's participation in the development process.Economic development in Iran still follows the traditional vision, which emphasizes economic power, physical power and manpower; the element of social capital is either excluded or underestimated.

In the process of field research, I couldn't find some of the main aspects; that is, people to people trust, an extensive sustained relationship and common norms that are necessary in the process of the measurement and evaluation of social capital because social capital in contrast to other capitals is not personal but collective and group based.

Some of the major variables to measure the status of social capital in Iran, as the sub-pillars of strong social capital are either vague, unsatisfactory or seriously at risk: a) Social trust index that consists of sub-indexes such as people-to-people, inter-organizations and state-people relationship needs transition to facilitate positive interactions. b) People's participation in institutions, associations and social voluntary activities lacks motivation. c) Negative indicators like suicide, crime, divorce, corruption, et cetera are on the rise. d) Unhealthy social relations.

The possible immediate impacts of these situations are the lack of social justice, deep class difference or distinction, a paradoxical effect on the government's campaign promises that causes people's discouragement and possible impact on people's trust of the whole system and a decline in the radius of trust, which has direct impact on the status of social capital. Because, on a macro level, they affect the executive power of rules and regulations and also the functionality of the government and the whole system in all areas.

The need for critical thinking

Social welfare, high quality services, human rights, equality, liberty, feelings of respect and social belonging, self-actualization, democracy and freedom of speech and security are all important for prosperity. Nevertheless, this will not be reached without the support of the government or political system and the close cooperation of people and civil societies.

Trying to give new information for a deeper understanding of the dynamics in Iran has always been a challenging issue. Generally speaking, people have trusted the developments in their surrounding through tradition and authority. Taking for granted any situation people have proposed has seriously affected their ability to pursue their unalienable socio-economic rights. People decide without inclusion of rationality, with no or inadequate use of reason, and act through emotional distress with no or less cognitive efficiency; the outcome of which is a route to nowhere both for the people and the government and state. People should rather apply "critical thinking" in every single reaction – interaction or counteraction – toward decisions that are taken in domestic and foreign spheres.

Critical thinking makes nation-state and people-to-people relationships sustained and mutually beneficial. All sub-pillars of social capital will be strengthened at the same time. It would create a more energetic, trust-based, committed and united society that will be automatically the guardians of the country in every field. Last but not least, the people and their feelings of respect, mutual trust, social belonging and self-actualization are not of less importance.