'Tariff-man' Trump has started a destructive tug of war 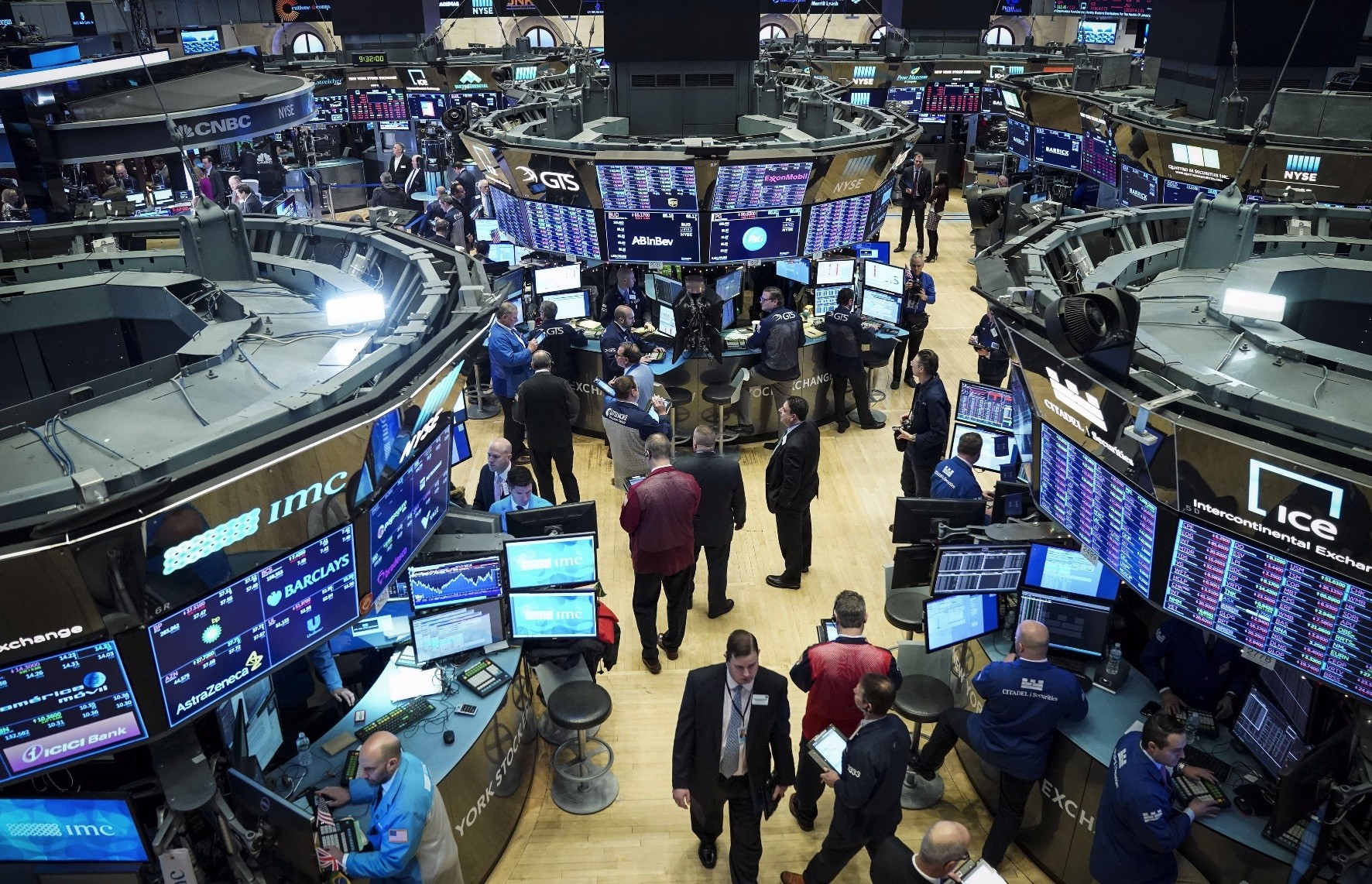 Traders and financial professionals work at the opening bell on the floor of the New York Stock Exchange, New York City, Jan. 2.
by Ahmet Akyıldız Jan 07, 2019 12:00 am

The ongoing row between the U.S. Federal Reserve and Donald Trump – the the most controversial president that the Fed has ever faced – will not end here, and could prompt serious consequences in the long term

Donald Trump has said the U.S. Federal Reserve (the Fed) is his biggest threat because it is raising rates too fast, and he also said he doesn't speak with Fed Chair Jerome Powell because the Fed is independent, although he is unhappy with what Powell is doing.

Statements and showdowns that would once have been unusual to hear of in the established political system in the U.S. have now become a norm.

When people throughout the world began to see the U.S. president's anger toward the Fed chair, his statements regarding the tensions on the South China Sea, his hatred toward Emmanuel Macron or his joint decisions with President Recep Tayyip Erdoğan on Syria first thing in the morning, they also began to focus on global economic, political issues. It would only be a dream not to expect a CEO-turned president, who took on CNN correspondents and even FBI directors as the occasion arose, to not have a showdown with the Fed, which serves as the chief financial officer of the U.S. economy.

For that matter, the response to such an interrogative stance by Trump was not delayed. James Bullard, who is the president and CEO of the Federal Reserve Bank of St. Louis, implicitly addressed the president by saying that it is the Fed's responsibility to make the best decisions regarding price stability and employment and warned him to avoid meddling in these affairs. Meanwhile, being the character he is, Trump did not take a step back and reiterated that tightening monetary policy damages the decisions made until now, and that interest rate hikes could cast a shadow on the U.S.' competitive edge, which may damage the economy.

I had stated in my article "Is new Fed chair nominee Powell a dove or hawk?" dated Nov. 3, 2017 that Powell would support expansionist policies contrary to former chair Janet Yellen's practices and that he would make it easier in the transition toward a production-based economy. In the meantime, we unfortunately witnessed that Powell too kept pace with the helm of Wall Street style banking. We will see with numbers if Trump's so-called rightful accusations are just or unjust.

The interest rate corridor reached the 2.25-2.5 band with the latest move by the Fed, which increased interest rates for the fourth time since the beginning of the year. Without making any concessions regarding a tightening of policies since 2015, the Fed revised its growth forecast for 2019 from 2.5 percent to 2.3 percent. It would be a mistake to not expect such a move, which weakened the dollar against other currencies, to not anger an American nationalist like Trump.In a period when the U.S. is squeezed in a tight corner with China, has increased its maximum influence over its European and NATO allies, and is trying to put the country in a growth trend through minimizing its military existence in Syria and Afghanistan, the Fed's moves are contrary to the White House's "America First" motto and has also surprised us, like everybody else.

The central bank of whom?

President Trump has warned the Fed to remember it is the central bank of the U.S. rather than the world. Perhaps in the near future, he may take some steps to pull the Fed into a more statist line.

The main reason behind this is that the wind is currently blowing in Trump's favor. The growth of the GDP in the U.S. in the third quarter has been revised from the previous figure of 3.5 to 3.9, above expectations. Personal consumption expenditures in the same period has also increased 1.4 percent, meeting expectations, while unemployment rates hit the lowest in a decade. President Trump's political future seems bright contrary to what is being published by popular media outlets, especially with the support of rural states and the working class.

Then how come the Fed is utilizing such harsh policies to set the handbrake, despite all the positive data referred to as core numbers? If a recession is expected in the U.S. in 2019, then isn't the market supposed to be relieved through Keynesian and expansionist policies?

Although the Trump administration's $1.5 trillion tax cut package will have supporting impact for growth, the end of fiscal incentives next year, the trade war with China and the effects of a strong dollar will inevitably have an impact on the production sector. If the slowdown of global growth and the increase of the tightening cycle as a result of volatility of finance markets results in such a tight policy, one must think that there are other fears behind these. The ever-so-difficult to control budget and current account deficit might have pushed the Fed to a mandatory slowdown.

Meanwhile, the second risk is potentially caused by the U.S. bond market, which has been sending a distress call for over a year and a half. Research shows that the beginning periods of the six largest crises that took place between 1940 and 2011 saw serious issues with bond markets, when investors started to pull out of the market as a result of price fluctuations. It must be noted that many economists and investors in London and Wall Street keep a close watch on this indicator, which can serve as an early warning system for us. It is beneficial to go into more detail regarding this issue. Firstly, if demand is high on the bonds, their prices go up and profit ratio goes down. Likewise, their yield also goes up when the demand goes down and bond prices decrease. But what is currently happening in the U.S. bond market? U.S. bonds are seen as an attractive instrument in comparison to other investment types due to the fact that they are seen as a less risky investment tool. Long-term bonds are always in demand because they yield higher profit to make up for real damage and inflation pressure. This is why the profit of a long-term bond is always higher than a short-term bond. So for instance, two-year, four-year, six-year, eight-year and 10-year bond returns proceed in a upward motion and show strength in the long term, giving investors the message that they can have confidence in this country in the long term.

If the bond return reverses, so if the 10-year bond returns are below the two-year returns, this is seen as a warning for the economy. And now the Fed sees this, perhaps believing that the U.S. economy will no longer be a safe harbor in 2019. With this in mind, they aim to make people reduce consumption to encourage savings, with the goal of stabilizing indebtedness.

Starting in 2018, the Fed undertook the toughest tightening plan in its history, while it faced the most controversial president in the White House. And that president wants to reduce unemployment through expansionist economic policies before entering the elections. The fight could be much more serious than we imagine. In the long term, one must not forget that there is serious opposition wanting the return of the "Trump bonds" to remain low.