The lack of moral concern in world politics 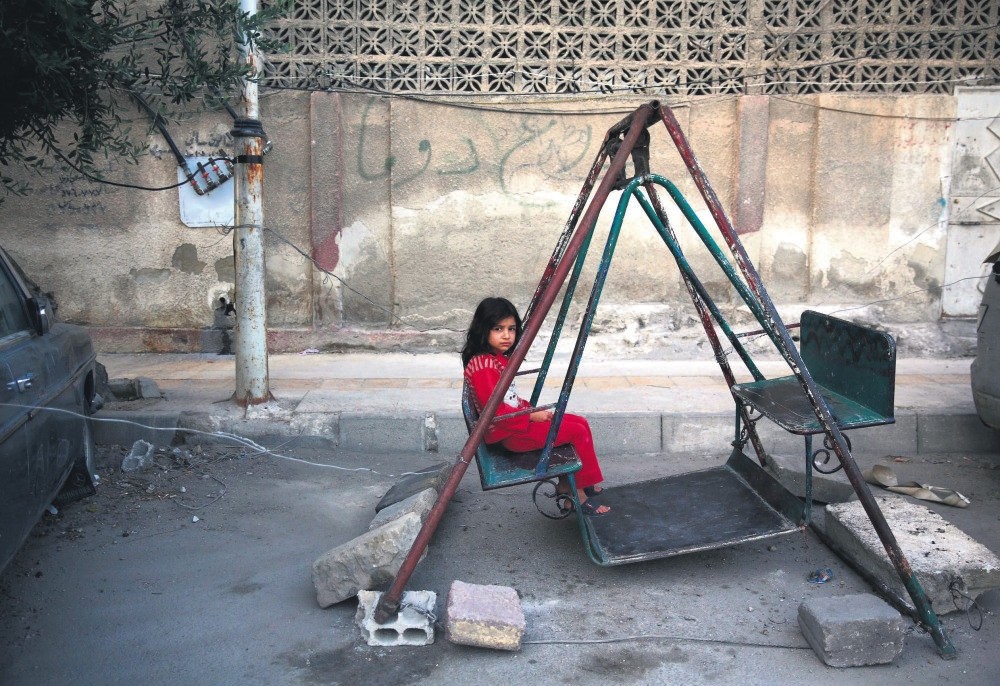 We live in an age where moral or ethical concerns are ignored, while interest-based approaches are warmly welcomed in world politics. The developments or preferences of world leaders imply that we are employees in a giant company, trying all legal or illegal means to compete with each other and gain the biggest profit at the end of the day.

The immoral face of world politics has been most observed in the Syrian theater where numerous civilians have been killed or wounded while superpowers remain silent in the face of inhumane stories.

A short background: At the peak of the Syrian civil war, Russia immediately defended a dictator in Syria, Bashar Assad, to secure his position. Russia's backing a Syrian tyrant was to increase its influence against U.S. dominance in the region.

The United States, meanwhile, supports and funds a bunch of killers in Syria, namely the PKK and its Syrian wings, the People's Protection Units (YPG) and the Democratic Union Party (PYD). Washington's aim is the same; to remain active against other regional and global powers. No matter how notorious the campaigns and operations they have followed in Syria, the United States has done its best to help PKK-linked formations increase power in the region. And now, they pose a huge danger and threat to the region.

Since the civil war in 2011, millions of Syrian people have been displaced from their homes, seeking asylum around the world. They face xenophobic resistance and are not welcome in many countries. However, their tragedy cannot find a place on the agendas of the superpowers, which are capable of doing and implementing whatever they want in world politics. Political representatives of both are not ashamed of competing with each other to become hegemons regardless of the inhumane conditions of local people. All they care about is winning the race for power.

Besides them, France is also taking initiatives in the Syrian war, trying to get involved in Syrian politics to strengthen its hand. Thus, France recently announced its support for the YPG terrorists in northern Syria following U.S. President Donald Trump's withdrawal decision. French President Emmanuel Macron seems ready to play a more savage role in Syria, being the caliph of Trump after he leaves the country. Since the Middle East is a great treasure of interests, by taking the role of the U.S. president, Macron thinks he can "save" his image, which has currently taken a huge hit due to the "yellow vests" movement in the international community.

In the meantime, the European countries, which have been troubled by internal problems, including populism, rising fascism and economic protests, do not want to get involved in the Syrian war, attempting to save themselves from another crisis. They, therefore, do not care what the Syrian people or refugees suffer and simply close their doors to Syrian refugees. According to them, Syrians are nothing more than an economic burden.

There is no doubt that the Middle East is in a great crisis and cannot overcome the challenges as the global powers fuel tensions for their own interests. Worse, any leader who raises a voice against the unfair involvement in the region directly faces objections and fails.

Powerful international organizations, particularly the United Nations, claim that they are defenders of democracy, freedom, justice or security. However, they are only mouthpieces for economically rich states. So far, they haven't tried to find a proper solution to a global war or crisis.

It is more than sad and heartbreaking to see human tragedies still going on in Syria and the entire region where the people have been stuck amid "diplomatic negotiations" and cannot get rid of the chaotic atmosphere. Unless moral or ethical principles become a priority in diplomatic, political or economic policies, the Middle East and other similar regions will likely witness more inhumane and horrible stories in the future.

* Palestinian journalist based in Turkey, holding Ph.D. in Media Department of the University Of Gezira