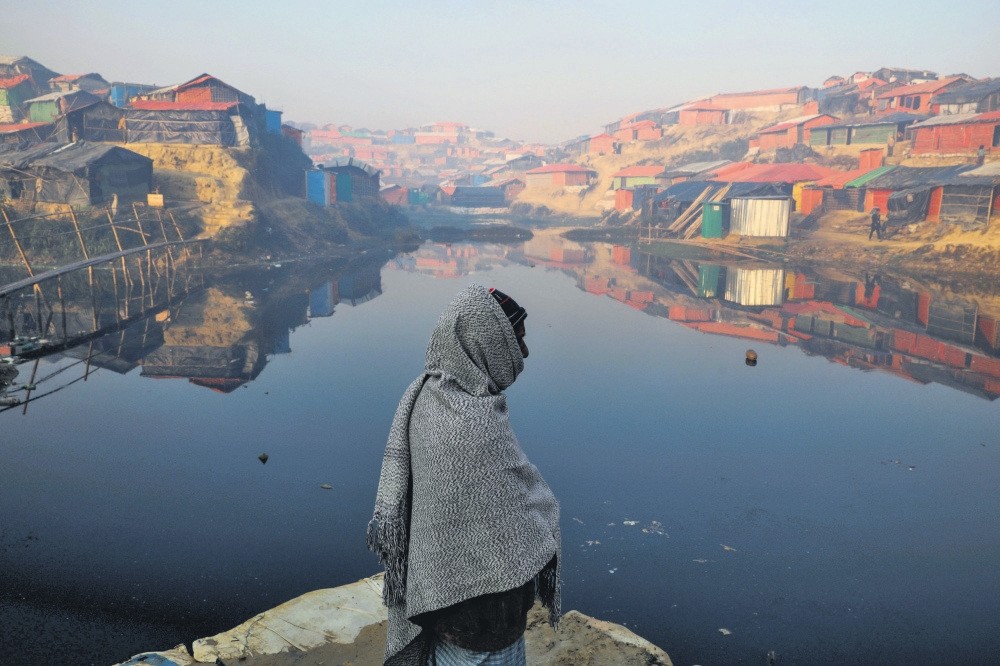 Myanmar's democratization process may help the suffering nation to save itself from turmoil and inhumane crises, and build a stronger and more secure country

As of now, more than 700,000 Rohingya women, men and children have fled from Myanmar's northern Rakhine State to neighboring Bangladesh since Aug. 25, 2017, when Myanmar security forces began a widespread attack on the Rohingya people.

The government of Bangladesh has shown the utmost generosity giving shelter to the Rohingya people, despite its own constraints of population density and natural disasters. Prior to this, Bangladesh had to bear the impact of the major influx of the Rohingya in the 1970s and 1990s. Though repatriated after some chaotic negotiations, many returned to Bangladesh, feeling unsafe, insecure and undignified in Myanmar.

Unquestionably, this is one of the worst humanitarian crisis in human history and to understand the phenomenon, it is imperative we look back into Myanmar's history. It began in the wake of World War II. Burma, as a part of the former British Empire, became entangled in the war. But the Burmese were divided in their loyalties. The Burmese ethnic group, seeking independence from Britain, allied themselves to Japan.

On the other hand, the Rohingya stayed loyal to Britain. Although Britain won the war in 1945, they eventually left the subcontinent. India gained independence in 1947 and Burma won its in 1948. Upon this principle of partition, Burma gained the State of Arakan which was home to two very distinct populations: the Rakhine, a Buddhist ethnic group, and the Rohingya, a Muslim ethnic group, who had more similarities to their Muslim neighbors in Bangladesh.

In the newly independent country, Buddhists took over the reign leading the independence movement and the Rohingya became a very noticeable minority. Concerned with this situation, in 1948, some Arakanese Muslims petitioned the Constituent Assembly in Rangoon for the integration of the northern-most and majority-Muslim districts of Maungdaw and Buthidaung into East Pakistan – now Bangladesh.

Thereafter, the Rohingya have always been considered an outsider population, disloyal to the Burmese state. This was not too much of a problem when the Burmese state remained a Westminster-style democracy. Treated as full citizens of the country, the Rohingya elected representatives in the central government. All that changed in 1962, when a military junta took over the country in a coup d'etat. The military administration identified the Rohingya as a threat equivalent to the Shan, Kachin, Sagaing and Chin rebellions.More problems followed for the Rohingya when the military generals revoked their citizenship under the 1982 Citizenship Law and excluded them from the "native races" list in the 1948 Constitution of Burma. The Rohingya have since been subjected to, in gross violations of international law, various restrictions, including restrictions on their movement outside the districts of Arakan; being barred from public office and from electing representatives; a prohibition on marrying Buddhists; a limit of having a maximum of two children; restrictions on building new mosques and so on. Recently the U.N. High Commissioner for Refugee (UNHCR) Goodwill Ambassador and Oscar-winning actress Cate Blanchett visited the Rohingya refugee camp in Cox's Bazar. She termed it "a gruesome genocide" and urged people to resolve this crisis through contentious effort. Recent reports also show that the Rohingya population that remains in Rakhine still faces the risk of violence as well as widespread discrimination. In this situation, it is unimaginable to think of dignified and voluntary repatriation of refugees from Bangladesh.

Paying attention to all scenarios, this author firmly believes in a local solution, in addition to concerted efforts coming from international bodies to end, the crisis. As the democratic deficit is the main problem in this crisis, Myanmar has to start the process of democratization again. To this end, it is helpful at this point to share an experience in joining a seminar on Islam in Myanmar that took place in Malaysia in 2012.

In collaboration with Myanmar Muslim Intellectual Forum (MMIF), the seminar was organized by International Institute of Advanced Islamic Studies (IAIS) Malaysia, an independent Islamic think tank, which carries out research on pressing issues facing Muslims and non-Muslims. The seminar theme was "Democratization in Myanmar: Opportunities and Challenges for Its Muslim Community." Tun Abdullah Haji Ahmad Badawi, the former Prime Minister of Malaysia, had inaugurated the seminar. Badawi hoped that through inclusive participation in education, economic life, and youth development, the Muslim community could play an active role in Myanmar's moving in the direction of liberalization and democratization.

From the primary to the tertiary level, as he recommended, Myanmar Muslims need a lot of improvement and need to adopt a cautious approach in utilizing the media and contemporary means and methods. Ironically, religious leaders in Myanmar still advise the community to pursue purely Islamic studies i.e., Quran and Sunnah. However, the coordination between Islamic studies and modern education is necessary for surviving in the highly competitive global arena. Hence, a modification of the education system combining both religious and scientific learning is very urgent in order to rise to Asian and global levels.In another session, the challenges in relation to the economic, social and welfare position of Myanmar Muslims were examined. Myanmar was defined as a resource-rich country, once famously known as the "rice-pot of Southeast Asia. It was particularly highlighted that the economic and social position of the Muslims in Myanmar were declined massively.

Poverty, high unemployment rates, homelessness, social dislocation is very common among Muslims. These problems are mostly technical and linked to the growth of the country's economy and political development which cannot be solved by Muslims alone. He termed 2012 as a period of the democratization process. According to him, this was the best moment for the Muslims to participate hand in hand with the rest of the people and engage in the development of Myanmar for the betterment the country.

* Ph.D. candidate in economics at the International Islamic University, Malaysia. He holds bachelor's and master's degrees in economics from the University of Dhaka