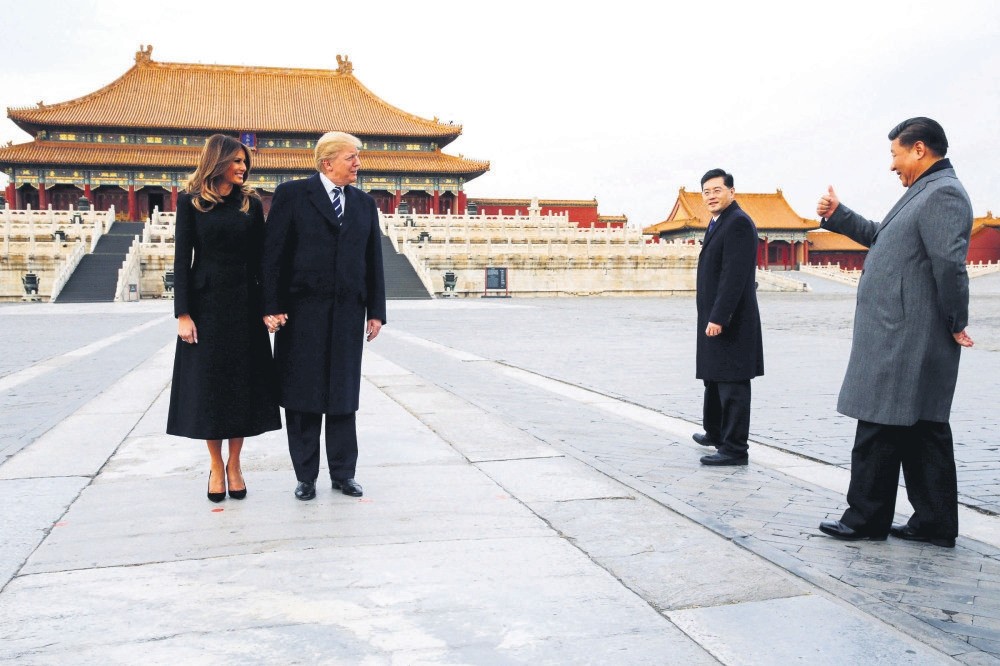 A staunch ally of the U.S., Japan has found itself stuck between the U.S.-China rivalry, being forced to make a choice between the two giant powers

The U.S., China and Japan are respectively the world's first, second and third largest economies. But the situation in the Asia-Pacific is such that Japan, China and the U.S. all may plunge, headfirst, into the Sea of China in a worst-case scenario.

Japan is the world's third-largest economy, in terms of nominal gross domestic product (GDP), after the U.S. and China. It is also the first industrialized Asian power with its own dynamics. There is no doubt the Meiji Restoration in 1868 played a crucial role in Japan's astonishing development despite being a nation composed of islands and struggling with frequent national disasters, like earthquakes and tsunamis. Both the country and its products are well-respected globally in terms of superior quality.

Due to its developed economy but aging population, Japan has been an eye-catching resource for many experts. In addition, there have been changes in the international arena that paved the way for Japan to maneuver well in the future.

The U.S. in the Asia-Pacific region, China in Latin America

Compared to the British Empire in its heyday, Washington has chosen to engage with Beijing to bring them within the established international order. For example, it was with the support of the U.S. that China could become a member of the World Trade Organization (WTO) in 2001. From that moment China got integrated into the global economy and financial system.

However, under the presidency of Donald Trump, Washington's policy of engagement with China has been turned into a strategic rivalry. Thus, the expansion of the Chinese influence worldwide has pushed the U.S. to introduce harsh policies toward China, such as the tariff war, which has continued for more than a year now, as well as the standoffs in the South China Sea.

The U.S. still holds absolute supremacy in the world thanks to its advanced technology, the pace of innovation and ideas that are universally accepted; all this, despite predictions in some circles that the global influence of the U.S., the chief country in the NATO alliance, is on the wane.

I can say that while American influence may be on the decline, its power is most certainly not, which is why other countries, China and Russia in particular, are increasing their power and influence. American allies from Europe to Asia are, willingly or unwillingly, feeling under pressure to collaborate with Washington in any serious conflict with China.

As we have seen, some big European countries, such as Britain who plans to build a military base in the South China Sea and France, have already sided with the U.S. by sending their warships to the South China Sea. This move shows that they may take further action if necessary as they did in the 1840s against China's Qing Dynasty during the Opium wars.

China's contribution to the international economy

Alternatively, China is seen as a growing economic dragon thanks to its billions in savings and worldwide investments. There are many optimist and pessimist claims about the emergence of China; for example, questions have been asked about whether the communist regime will be a bullying superpower or a well-behaved one.

China's contribution to global economic growth, totaling 30 percent in 2017, cannot be underestimated, especially while the U.S. and Japan are lagging behind. China is expected to become an economic superpower by 2030 and a military superpower by 2050.

In fact, there are signs that China wants to have Chinese-operated international functions in every part of the international order; some examples include a Chinese-style international arbitration court, international banks, ports and a new Chinese-style tribute system. Washington is watching every step the Chinese administration takes very closely. The U.S. has a military presence in many problematic corners of the world. There are American military bases in Asia, particularly in Japan and South Korea, with thousands of troops stationed there as well. The economic and military assistance of the U.S. is an attraction for smaller countries like South Korea.

On the other hand, China tries to balance itself with remarkable policies, particularly in economic terms, stretching from countries in Asia and the Americas to Africa. For instance, in building the Chinese interests against the U.S., the Chinese believe that Latin America would be a good destination for investment. Moreover, it is worth mentioning the Chinese economic packages that have been promised to African countries; one such example being the $60 billion promised by Chinese President Xi Jinping in 2018. China's Belt and Road Initiative, which includes more than 60 countries throughout its routes, has been in development since 2013. All in all, these policies are presumed to bring huge economic gains for China.

Currently, there is an economic war between the two giants, the U.S. and China. The total trade between the two countries, over $600 billion, is in favor of China which has a trading surplus of around $380 billion. Secondly, we are currently comparing China with its Dragon/Panda policy, claims of debt trap policies, communism with Chinese characteristics and more, against American values such as democracy, human rights, and liberalism. This is more than a face-off between two giants – it is a clash of two civilizations.

Unfortunately, the rivalry between the U.S. and China has caused tremors throughout the world, with countries such as Japan and South Korea feeling pressured to choose between Beijing and Washington. Therefore, considering how a country in the middle, such as Japan, could make it without being crushed between the two is a great way of understanding world politics.

Then in 2017, China became Japan's first import and second biggest export destination. During one of Abe's visits to China, Japan reiterated eagerness to improve bilateral relations and participate in the Belt and Road Initiative. During his last visit to China, several agreements worth billions of dollars were signed.

However, there are still long-standing obstacles between Tokyo and Beijing in regard to the Japanese invasion of China between 1937 and 1945, and the ownership of the Senkaku or Diaoyu islands in the East China Sea. It should be noted that despite these serious issues, trade relations between Japan and China have seen a dramatic increase.

In addition, Japan has been a staunch ally of the U.S. – politically, economically and militarily – following the end of World War II. There are still several American military bases on Japanese soil, such as in Okinawa which hosts around 19,000 Marines and is the largest American Air Force base in the Asia-Pacific region.

Japan is maneuvering well to maximize its gains from both the U.S. and China. Tokyo does not dare to clash over its close alliance with Washington and, at the same time, Japan does not want to miss having a fruitful relationship with China.

There are two cases I will refer to as examples. The first being the banning of Huawei, the Chinese telecommunications giant, from 5G projects in Japan due to matters regarding cybersecurity following talks between Japanese and American officials. Another example of Japan wanting a fruitful relationship with China is when they agreed to work together under the Belt and Road Initiative projects during Shinzo Abe's last visit to China.