The United States of walls and rhetoric 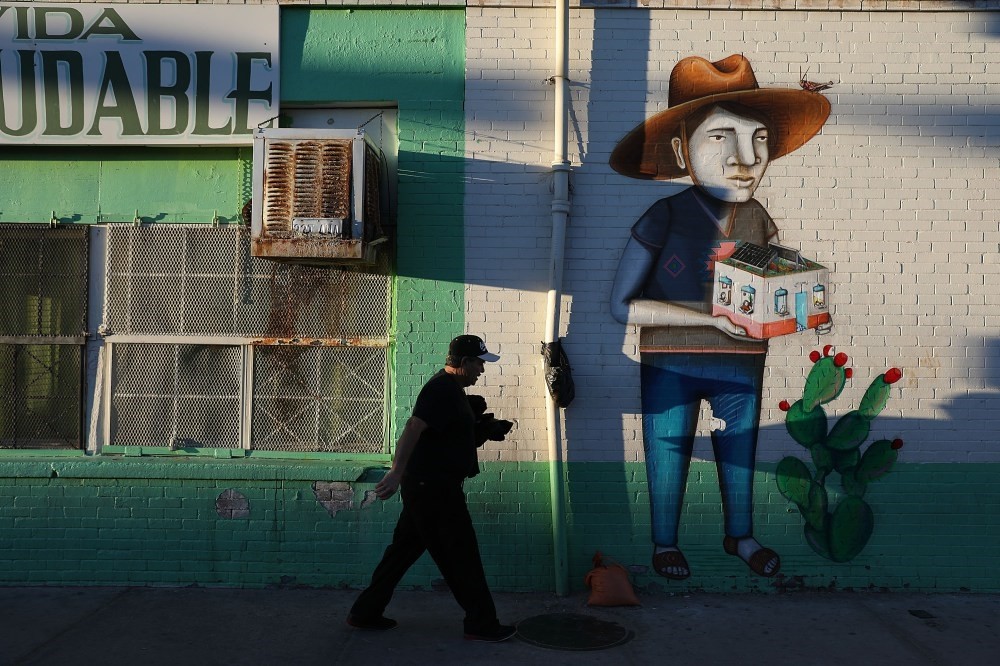 The crisis within the U.S. government, which ensued from the border wall discussions and consequent government shutdown by all accounts, outweighs the 'crisis' President Trump seems to perceive in the southern border

"There comes a time when one must take a position that is neither safe nor politic nor popular, but he must take it because his conscience tells him it is right," Dr. Martin Luther King Jr. once said.

The United States government has been shut down now for 32 consecutive days, making it the longest in the country's history. Donald Trump still demands $5.7 billion from Congress to build a wall across the U.S.-Mexico border. From his perspective, there is a veritable "security crisis" at the southern border due to illegal immigrants and drugs allegedly coming into the United States. His rhetoric since his days of campaigning in 2016 has always been that only a wall can solve this problem.

However, the actual facts regarding Trump's premise shed a completely different light on the matter. In the last week or so, a report released by the Center for Migration Studies (CMS) clearly puts forth two reasons as to why building a border wall would be futile.

First, the majority of undocumented immigrants do not enter the United States by sneaking in through the border. They enter the country through legal means and overstay their visas. In 2016 and 2017, the CMS announced, people who overstayed their visas accounted for 62 percent of those considered to be undocumented immigrants. In comparison, only 38 percent had crossed the border illegally. The report concludes that those who overstay their visas have significantly exceeded those who illegally crossed the border for seven consecutive years. Therefore, building a physical wall would not serve any purpose nor even begin to address the problem of illegal immigration.

Based on the studies and figures of the CMS, it seems conclusive that since the majority of undocumented immigrants arrive in the U.S. by air, a real solution to solving this problem would be to invest in more resources to visa-issuing posts by the Department of State.

The real question here is not whether a wall should be built or whether more regimented visa controls must be put in place to tackle illegal immigration. This is because the number of undocumented people, particularly from Mexico, is actually receding. There were one million fewer illegal immigrants living in the United States in 2017 in comparison to 2010, according to the CMS. Many left, passed away, went back to Mexico or became legal residents.

The fact that Trump consistently chooses to ignore is that studies show that immigrants begin working immediately upon arrival in the United States. Furthermore, they do not need expensive educations or healthcare. Following this logic, the fewer immigrants there are, the fewer workers there are, causing a decline in revenues for the U.S. Treasury, Medicare and Social Security.

Statistically speaking, the number of foreign-born residents in the United States is not increasing fast enough to compensate for the expected decrease in the number of working age Americans.

Realistically, what is the likelihood of actually getting the wall built, meaning getting the funding? The straightforward answer is that with a Congress that is now controlled by the Democrats, the chances are not very high. However, hypothetically, if Trump's border wall were to be built, it would not be able to deter those who overstay their visas, but to an extent, it could do so for those trying to cross the border illegally.

The fact that the United States depends on and needs migrant workers for such sectors as agriculture is a given. The Department of Agriculture estimates that approximately half of the nation's farmworkers are unauthorized and 15 percent of workers in the construction sector do not have documentation. Furthermore, in the service industry, such as fast food and domestic aid, the percentage of undocumented workers is around 9 percent. According to studies, the need and importance of undocumented workers will only increase in the coming years.

How do Americans feel about this? About 75 percent of those polled had generally positive feelings, stating that migrants filled jobs that were unwanted by citizens. A very significant factor to take into account is that employing migrants in agriculture helped keep prices of farm products low.

So, if it seems like a win-win situation for undocumented migrants and Americans, where is the problem and why is Trump so illogically insistent upon constructing a border wall for $5.7 billion? Many believe that the border wall has nothing to do with an immigration crisis or an influx of drugs into the United States. Rather, this may be what Trump could consider his "legacy," a physical structure that would go down as the "Trump Wall," reminiscent of his Trump Tower apartment buildings.

If that is the case, and up until now, there has been no concrete and credible evidence to the contrary, then spending $5.7 billion of the taxpayer's money for a project that the majority of the taxpayers do not want and holding the federal government "hostage" with the government shutdown is simply wrong and unethical.

The crisis in the U.S. government, which ensued from the border wall discussions and the consequent government shutdown by all accounts, outweighs the "crisis" President Trump seems to perceive in the southern border.

* Op-Ed contributor based in the United States