From amity to enmity: How the alliance between Saudi Arabia and Morocco collapsed 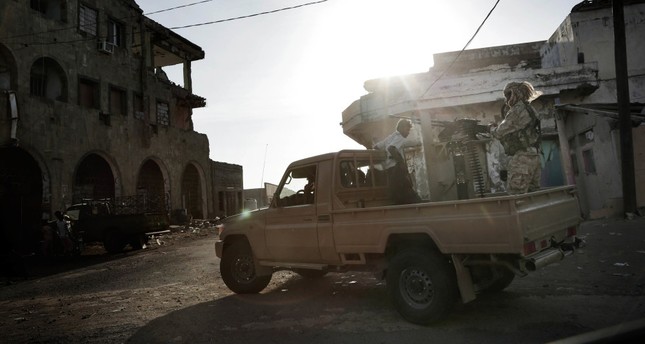 If the aggressive foreign policy of the Riyadh administration continues, Saudi Arabia will become more isolated than ever, as the cases of Qatar and Morocco clearly indicate

Once close allies in regional affairs, Morocco and Saudi Arabia have been witnessing increasing tension in bilateral relations. On Feb. 8, Morocco's decision to recall its ambassador to Riyadh, Mustafa al-Mansuri, was the latest episode of the deteriorating relations between Riyadh and Rabat. International news agencies also claimed that Morocco has ended its support for the Saudi Arabia-led military operation in Yemen. Moroccan Foreign Minister Nasser Bourita, in fact, also underlined this during his interview with Qatari-owned news channel Al-Jazeera. Bourita stated that Morocco's contribution to the operation in Yemen has gradually lessened during the past months, and his country has not been invited to meetings by Saudi Arabia for a long time.

In the days following this statement, Saudi Arabia's Al-Arabiya channel aired a documentary, which angered the Moroccan leadership. The documentary suggested that the region was invaded by Morocco in 1975 after the Spanish existence had ended. This point of view was completely contrary to what Morocco has been claiming for decades. As the documentary crossed the red line for Morocco, Moroccan King Mohammad VI decided to take a bold step against Saudi Arabia and recalled its ambassador from the country. These developments reveal that the deepening tension between Riyadh and Rabat is moving toward a stage where relations can be damaged beyond repair.

The turning point in this process was June 5, 2017, when a number of countries led by Saudi Arabia initiated a political and economic blockade on Qatar. Morocco decided not to support the blockade and offered mediation between Qatar and its hostile neighbors. King Mohammad VI showed solidarity with the Qatari administration and shipped planes of food for the Qatari people. Morocco became the third country, following Turkey and Iran, to publicly side with Qatar during the blockade. In a further move to show his support, Moroccan King Mohammad VI visited Qatar in November and met with Qatari Emir Tamim bin Hamad Al-Thani. These developments angered the Saudi leadership and Riyadh's stance toward Rabat started to sour.

In the following period, the diplomatic tension between the two countries deepened with developments in different areas. In an interview with the Bloomberg channel in June 2018, Saudi Arabian Sports Authority President Turki Al-Sheikh stated that his country will not back Morocco's candidacy for hosting the 2026 World Cup but would rather support a joint bid by the U.S., Canada and Mexico for the organization. Sheikh also stated that Saudi Arabia has already promised U.S. authorities their support in the process. As stated earlier, on June 14, Saudi Arabia not only voted for the North American bid but also encouraged other countries such as the United Arab Emirates (UAE), Kuwait, Bahrain, Jordan and Lebanon not to support Morocco's candidacy. Saudi Arabia's position was a huge disappointment for the Moroccan administration and society, and there was a growing anger against Riyadh.

Another development, which further harmed relations between Saudi Arabia and Morocco, took place in November. During his North Africa tour, which included visits to Egypt, Tunisia, Algeria and Mauritania, Saudi Crown Prince Mohammed bin Salman (MBS) wanted to visit Morocco as well. However, the visit to Morocco did not take place. According to diplomatic sources, King Mohammad VI refused to meet with MBS because of his "busy schedule." Other sources claimed that the Moroccan king did not want to meet with the crown prince because of his alleged role in the killing of Saudi journalist Jamal Khashoggi. Whatever the reason was, this was another hit to the already strained relations between the two countries.

During his North Africa tour, MBS visited Algeria, a country which has been in a "decades-long cold war" with Morocco. The rapprochement between Saudi Arabia and Algeria began during the Gulf crisis in 2017, after Morocco sided with Qatar. In retaliation for Rabat, Saudi Arabia has started to improve its relations with Algeria. Riyadh has increased its support for Algiers in its struggle with Morocco over the disputed territories in Western Sahara. With this policy, MBS aimed to force Morocco into regional isolation in its confrontation with Algeria. In this context, during his visit in December 2018, MBS took steps to further deepen relations with Algeria by signing five agreements for strategic cooperation.

A final sign of Riyadh's hostility toward Rabat was the exclusion of Morocco from a military exercise named Red Wave that took place in January 2019. The drill was organized by Saudi Arabia in the Red Sea with the participation of naval forces from Egypt, Jordan, Sudan, Djibouti and Mauritania. It was claimed that while Mauritania was present in the exercise, Morocco was intentionally excluded because of Rabat's recent position toward Saudi Arabia.

Despite the hostile attitude of Saudi Arabia, King Muhammad VI has maintained his attitude toward Riyadh. This is, in fact, an obvious sign of Morocco's new regional repositioning among the countries that disapprove of Saudi Arabia's aggressive foreign policy in the Middle East. This situation further revealed the fact that Saudi Arabia would not make allies by trying to force regional countries to follow policies that are in line with Riyadh. In contrast, the more Saudi Arabia becomes aggressive, the less regional actors will side with it.

Countries like Qatar, Kuwait, Oman, Tunisia and finally Morocco have distanced themselves from Saudi Arabia because of Riyadh's narrow-minded regional policies. In addition to that, even countries like Egypt, the UAE, Bahrain, Jordan and Lebanon, which normally seem to be Saudi allies, are in fact hesitant supporters of Riyadh's administration as there are many disagreements between these countries and Saudi Arabia. Therefore, it can be concluded that if the aggressive foreign policy of the Riyadh administration continues, Saudi Arabia will become more isolated than ever, as the cases of Qatar and Morocco clearly indicate.

Share on Facebook Share on Twitter
Previous in Op-Ed As the two countries deepen their already significant partnership,... Next in Op-Ed There is still a long way to go, but the meeting between Turkey, Russia...
DAILY SABAH RECOMMENDS