Loss of consensus among European elites 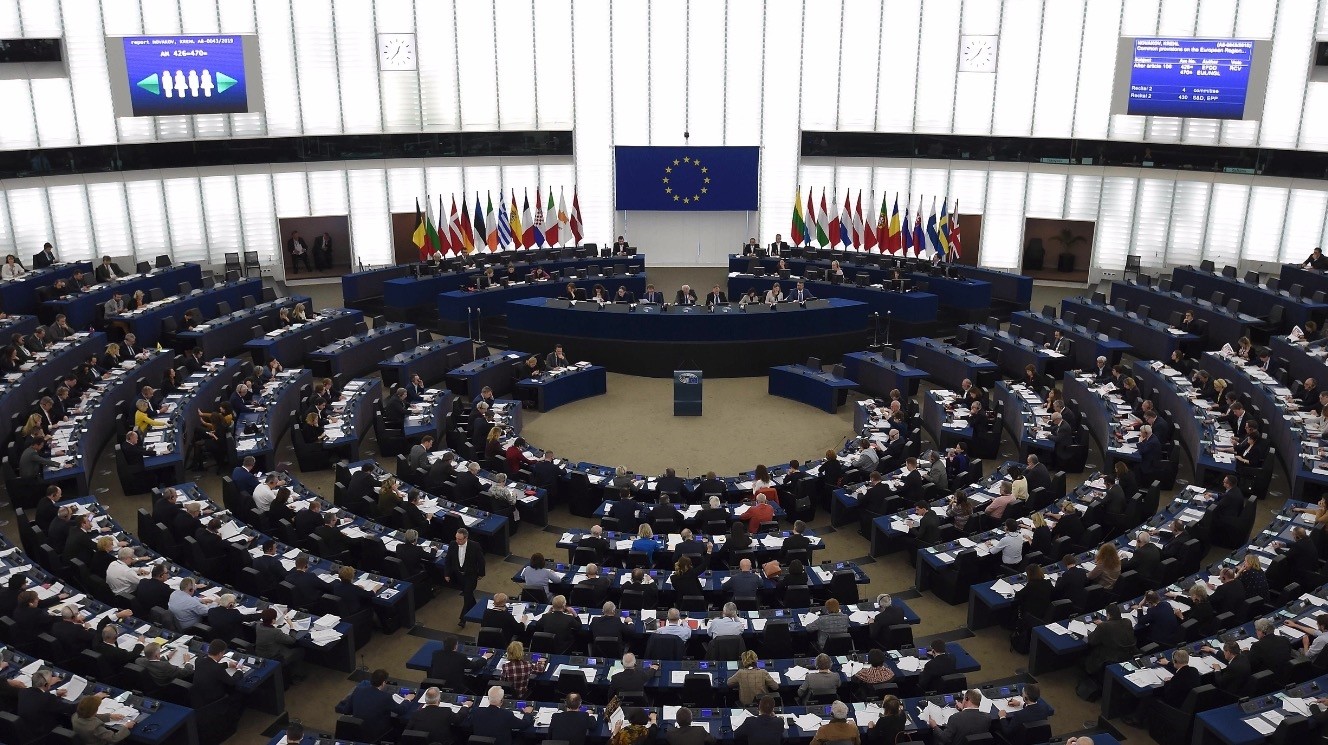 Europe's institutions have lost touch with ordinary citizens and the whole continent is now suffering from a lack of integration. Unless the union's elites do something about it soon, it is not that hard to predict the near future

Extreme political movements are on the rise almost everywhere in Europe. This is a rather reluctant approach to presenting a united position on many policymaking areas (think defense, immigration) paired with an attitude, which is often perceived as arrogant by anyone who is not in favor of an ever closer superstate. These are only some of the items which lead observers to the following hypothesis: Have Europe's elites and in particular so those who manage the institutions of the EU lost touch with ordinary citizens, lost touch with changing realities and above all else, have they shelved what was for many decades known as an unwritten consensus among leaders and decision makers about how to move post-World War II Europe forward?

The current Brexit saga is another such example: It not only sheds light onto how British politics should perhaps not be carried out; what it does at the same time is to allow previously unseen, and unheard of insights into how the European Union bureaucracy in Brussels actually works and often illogically treats a country with differing opinions as nothing but a black sheep.

ne my rather risky hypothesis, and last but not least, mention a few modest ideas with regards to whether or not there is a way out. We shall focus on the EU, while the Council of Europe based in Strasbourg can be the focus of another wider East-West dimension analysis.

What started with Franco-German initiatives to turn former enemies into respectful neighbors and one day into best friends soon became the hallmark of post-war Europe. It was the order of the day to come up with plans for how to foster relations among nations and it seemed that there was no better solution than to establish new institutions which would guarantee that those activities actually lead to permanent peace. Out of a union for coal and steel reuniting France and Germany eventually the European Communities emerged. Step by step former individual nation states moved closer together, year after year they came to make up new forms of transnational administrations more successful and more powerful, with the latter point to be analyzed separately.

But things were to take considerable time. What looked good on paper needed explaining on the ground. Granted, not a single European citizen wanted a return to animosity and bloodshed. Most definitely peace and friendly neighborly relations had been topping the agenda. But whether all of this needed a superstructure added on top of their individual countries was from its very inception back in 1957 a dilemma for both Europe's citizens, and its leaders, and dare we say it still is more so than ever before.

Nevertheless those institutions began to work indeed. There was the European Commission, the executive organ. Then there was a European Parliament, albeit with very limited powers. And then there was the European Council where heads of state and government would meet every six months yet at the same time set up further permanent offices in Brussels for day to day inter-nation state coordination. Fair enough one might say – the threat of war on European soil had been eliminated for good. The EU institutions worked seamlessly up to a certain extent. But what many citizens wanted to know is what it brings as tangible benefits besides that? There was a time in post-war Europe, ca. 1970, when critics would argue sarcastically that "send your grandfather to Europe" translated from the infamous German slogan "Schick deinen Opa nach Europa," which sounds catchier in its original language. It stood for widespread worries that besides its unquestioned peacebuilding capacities those who actually run the EU would be either rather mature politicians, or in the extreme case, those who had already outlived their peak careers back home and needed a kind of railway siding including fat cat pensions.

But then there came a second phase of euphoria. Leaders had decided it is time to move one step forward and create a "real" single market for people, goods, capital and services. On paper it had always existed but there had been legal obstacles. By the time the Treaty of Maastricht was ratified (despite harsh criticism in some countries, notably France) in 1992 most commentators would argue that now the project amicably referred to as a common European house built out of the ashes of post-war Europe, had been completed. Despite the fact that it took 47 years to arrive at this critical junction, it was nevertheless a grand success story.

So far, so good one would say but during that ensuing period post 1992 a number of serious cracks were revealed in the very foundation and not just in the roof of that same idiomatic construction. A further 27 years on many in Europe's older generation have serious concerns about whether this is the Europe they had actually wanted to leave for their children – a bureaucracy of enormous proportions, unelected leaders except for the European Parliament and figuratively speaking decisions taken mostly behind closed doors unless one regards "the doorstep" as sufficiently symbolizing democracy. So let us move on to our next topic: Has it gotten out of control or are those who now argue we need a complete reform of how that same EU works nothing but fringe voices intent on causing chaos in society?

Who are the European union's elites?

The term elite used in this article is not meant negatively; to the contrary, every modern society needs representatives who bring a nation forward, who act with good faith for the common good but who either have the position or insight and influence in that very country to do just that. Elites include the world of academia, business, arts, sports, music and yes indeed, politics. When writing about "European elites" one should thus discuss a rather broad spectrum but most definitely include the leaders of today's EU institutions, too.

And it seems that at least in the world of politics, and regardless of being a national or regional political leader or indeed a key representative of one of the EU institutions and bureaucracy, many have lost complete touch with life on the ground and with ordinary citizens and their wishes.

First, the rise of extreme and far-right movements in almost all European nations is not a result of European integration; the exact opposite is true, it is the result of not enough positive integration including explaining the benefits of living in a multicultural society. Shrugging it all off totally neglects the fact that extreme ideas exist everywhere – they need to be channeled. Extreme movements sow the seed of hatred in society because the elites have retired to their ivory towers, not because they are there in the first place.

Second, thinking that this house which is Europe we discussed earlier on in this piece should be viewed as a fortress where draw bridges can be pulled up whenever needed is absolutely wrong. In a globalized world there can be no fortress Europe however cozy it might sound. Europe must interact with the world and not turn a blind eye to that same world including its conflicts, problems and worries. This was for sure one of the big mistakes in the post-Maastricht period.

Third, the very existence of a peaceful Europe is based on good neighborly relations and civil society understanding each other and here we should not simply talk about the twice annually holiday trip to anther EU country. In this respect ordinary citizens need better information and education. Visiting your local pizza restaurant and speaking three to four words of "hospitable Italian" is one thing; learning about day to day life in Italy, respecting its citizens and feeling as a "united" Europe is another; something our elites mostly forgot to teach at school or university; in many instances it never even made it onto textbooks.

In other words, yes, Europe's political elites have lost touch with their very base, their voters. They moved the EU too far away from everyday life. They are perceived as sitting idle in their well-paid ivory towers. Now enter the far right exploiting those rather justified concerns as heard in many quarters and aim at cashing in on that same elites negligence. The end result could be fatal: an end of stability and even peace in Europe.

What is the way forward from here?

Europe does not need another treaty. What Europe needs is a recalibration of its core policies so as to reconnect disenfranchised voters with its elites. A united Europe must present tangible benefits assuming the issue of lasting peace is secured. It is a tricky path but Europe's elites must prepare themselves to finally answer those questions they shied away for too long. Why are there ever more extreme political movements and how can we stop them? How come a system of good neighborly relations often turned sour leading to a resurgence in isolationist, nation state inspired policies? Where is the willpower to stand up and defend the case for a stronger European defense instead of simply listening to, and then following in the footsteps of a superpower? When will the EU start better explaining to its citizens how Europe's laws are made, and how they positively impact ones daily life? The impression in far too many segments of European society is that once someone has made it to Brussels and starts collecting paychecks the ordinary voter on the ground should better be forgotten and eye contact should be avoided.

Therefore, staying in this picture, the project labelled a common European house can only be rescued once Europe's elite start speaking with ordinary citizens.