The Labour Party split: What next for the UK? 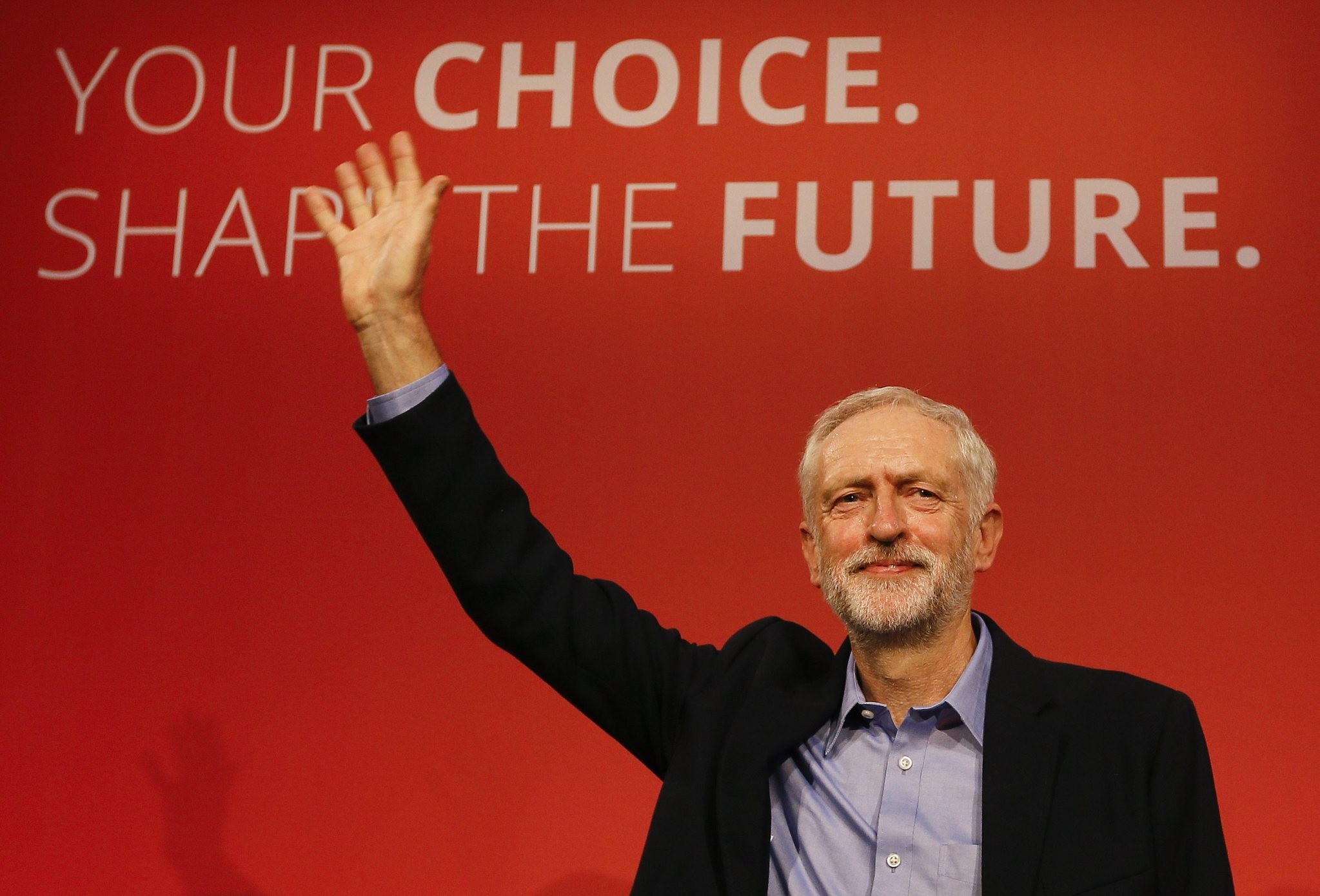 Jeremy Corbyn waves to supporters after he is announced as the new leader of the Labour Party during the partyu2019s leadership conference, London, Sept. 12, 2015.
by Baran Deniz Bağatur Feb 20, 2019 12:07 am

The resignation of seven MPs from the Labour Party as the The Independent Group is an outburst of increasing tension and debate on Brexit. It seems that the controversy between the ideas of the party leadership and some of the MPs is a warning for the things to come. The anti-Brexit MPs in the Labour Party may start to make noise in an environment where Europe is insecure.

The continent faces a threat of disintegration and lack of security due to increasing extremism in European society, the Brexit process in the U.K., the unstable foreign policy of the U.S. and the emerging Russian power. Brexit may eventually play a crucial role in Europe's fate.

As the second-biggest political party in the U.K., the Labour Party has a determinant position in the process. Although two years have passed since the Brexit referendum, the Labour MPs do not show a homogeneous vision of Brexit, while Conservatives have been broadly pro-Brexit and Liberal Democrats have been solidly anti-Brexit.

The oppression against the Labour leader stems from discomfort among its members who do not want Brexit, and the anti-Semitism accusations that have been repeatedly used by the Labour-opposed politicians, especially the Conservatives.

Former Labour MP Luciana Berger said: "I cannot remain a part of a party that I have today come to the sickening conclusion is institutionally anti-Semitic. We have only seen the situation of racism against Jewish people get worse. The leadership has willfully and repeatedly failed to address hatred against Jewish people within its ranks."

Jeremy Corbyn's critical discourse against Israel has been mostly evaluated as anti-Semitism. His statements that the Labour Party will immediately recognize the Palestinian state if he is elected and Zionists neither know history nor understand that English culture, caused a bombardment of the party.

Being accused of being anti-Semitic seems highly disturbing for some of the Labour MPs. Besides this, the other reasons behind this wave of resignations are indecisive policies of the party's leadership on Brexit, their anti-NATO policies and Corbyn's recent statement that "the future of Venezuela is a matter for Venezuelans." All of this has has determinant effects on the comfort of some Labour MPs.

Recently resigned Labour MP Chris Leslie touched on this matter in his resignation speech. "The evidence of Labour's betrayal on Europe is now visible for all to see. The pursuit of policies that would threaten our national security through hostility to NATO, the refusal to act when needed to help those facing humanitarian distress, preferring to believe states hostile to our country rather than believing our police and security services, these are all rooted in the Labour leadership's obsession with a narrow, outdated ideology," Leslie said.

This "narrow, outdated ideology" is actually a significant part of a debate that has continued for so long. Corbyn's influence on the Labour's ideology has changed the centrist tendency, which was initiated almost 20 years before to establish a "New Labour."

The term "New Labour," which Tony Blair first started to use, constitutes a Labour Party that acts socialist in social issues and more liberal in economic policies. Jeremy Corbyn's thoughts and discourse were evaluated as "far-left," and this leftist vision in the Labour means that the end of the centrist policy of Labour has come to an end. Resigned Labour deputy Chris Leslie's implicit statement makes that clear,

"The Labour Party we joined, campaigned for, and believed in is no longer today's Labour Party."

The threat Europe is facing

The final situation in Labour also shows that besides the anti-Semitism issue, Jeremy Corbyn's out of mainstream rhetoric, which does not well suit pro-Western discourse, has been the most disturbing part of the matter for people afraid of the threat of disintegration in Europe. So, what is the threat Europe is facing?

Increasing extremist far-right sentiment in Europe due to the refugee crisis, Brexit, and increasing Russian power have significant roles in this threat, but the most urgent need that Europe needs to address is security.

As most of its countries are NATO members, Europe has long been protected by NATO missile defense systems. However, due to the deteriorating ties with the U.S., Europe now needs its own missile defense system and nuclear protection. On Feb. 10, Munich Security Conference Chairman Wolfgang Ischinger called on France to extend its nuclear defense systems to reach the entire EU. The reason behind this call was Russia's deployment of new 9M729 missiles, which makes Russia's military power stronger.

This need to achieve military independence from the U.S. was not an issue for the EU until Donald Trump was elected U.S. president. Trump's decision to withdraw U.S. troops from Syria and Afghanistan in the near future and the European countries' inability to replace these troops showed that the EU needs a common military power, as put forward by French President Emanuel Macron, and the political integration to sustain that. But this integration is far from being achieved.

Anger directed at the Labour Party

In this European environment where countries cannot act cooperatively, the fear is that Brexit will cause a domino effect and a wave of countries leaving the EU. This is especially so in countries with refugee phobia and increasing extremist far-right political parties.

These political and social conditions in Europe are the cause of the anti-Corbyn bloc's anger. It is normal to see a political party leader, who criticizes the aggressive policies of Israel, promises to recognize the Palestinian state, does not stand against Tories as anti-Brexit, and does not support Juan Guaido in Venezuela, receive the people's anger in the middle of the sovereign powers of Europe.

We do not know yet if Labour will change its policies that caused seven of its members to resign, but it is certain that the uncertainty surrounding Brexit in the U.K. is dragging Europe toward a cliff. This is why policymakers in both the U.K. and the EU are in such a hurry and cannot implement sustainable policies for Europe's fate, integration and values.