Constitutional committee the next step for peace settlement in Syria 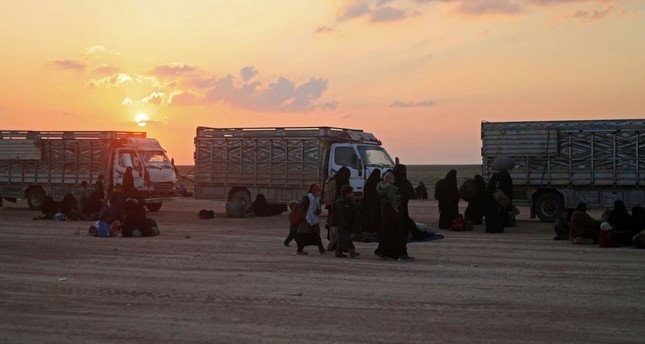 The last Daesh stronghold in Deir el-Zour, Syria, will fall shortly. With it, hostilities will not be over but an end to the fighting will come sooner. The Assad regime is winning the war with the backing of Russia and Iran to become the main beneficiary while remaining a secondary player. It's increasingly apparent that no matter who gains the victory on the battlefield, the beneficiary will be the winner of a political resolution in Syria. This resolution implies building a new Syria on the universal principles of respect for human life and dignity to start by adapting the country's constitution to bring to office a democratically elected government while becoming a cornerstone on the way to peace and reconciliation in the post-war country.

A committee to carve out a constitution was decided upon at the Syrian national dialogue congress in Sochi on Jan. 30, 2018, and has generated indisputable U.N. support as a means of reaching a political solution to the protracted crisis. It's expected to have 150 members equally representing the Syrian government, the opposition and civil society groups of independents, tribal leaders and women. As of now, a substantial effort to establish the committee has been contributed, in particular, by the Astana process guarantor countries, but the result remains modest. The optimism enjoyed last autumn about an agreement reached concerning committee composition turned out to be premature, and the first session foreseen for beginning of 2019 is nowhere on the horizon now.

Still, the parties to the Astana peace settlement are determined to successfully finish their work shortly. "We have never been this close to forming a constitutional committee in Syria," acknowledged President Recep Tayyip Erdoğan on Feb. 14 at the Sochi summit, and President Putin, while hosting the summit, has reiterated the trio's commitment to launch it very soon.

"When operational, we believe, the committee will be the principal initiator of the political settlement process we all talk about," said Russian Deputy Foreign Minister Sergei Vershinin on Feb. 8, "Russia has been working for a long time on a committee to carve out Syria's constitution in close coordination with the other guarantor countries of the Astana peace process, Turkey and Iran."

Reassuring statements by the Turkish and Russian leaders at the recent Sochi summit can't be but timely when European leaders reveal reluctance about the committee coming into being. "The impression is that forming the constitutional committee is more than stalled – it's sabotaged," said President Putin on Feb. 14, "Nevertheless, we'll be able to acknowledge a positive result accomplished soon, I believe."

Under the guidance of the U.N. and the Astana process guarantors, the committee formation process was started shortly after the Sochi congress in January 2018 but kept running into difficulties due to disagreements regarding suggested personalities by the Assad regime and the opposition. Still, slowly but surely, the process went on and hopes were high that an agreement on candidates would be reached by the end of 2018. Sadly, it didn't happen.

At face value, an ongoing process enjoyed clear support from European leaders, which was unequivocally expressed by President Emmanuel Macron and Chancellor Angela Merkel at the quadrilateral summit in Istanbul in October 2018. "It's vitally important to get the constitutional committee established by the end of the year and convene its first session shortly," said the French president.

His words were echoed by the German chancellor: "Forming this committee is necessary; all groups of the Syrian people should be represented, and a new constitution carved out, and elections carried out in line with the constitution. We will do our best to establish the committee."

The very fact of the quadrilateral summit eventually happening was positively taken by the international community as signaling Europe's support for the Syrian constitutional committee in line with the Sochi congress. Finally, in December, the Astana process guarantors, Turkey, Russia and Iran, submitted to the U.N. the list of 150 candidates they had agreed to with the opposition and the Syrian government, while the names of civil society representatives were expected to be agreed upon by U.N. representative for Syria Staffan di Mistura. Having done that, the Astana guarantors assumed that the names on their list would be acceptable for all and everybody. No approval was granted by the U.N., and the committee wasn't established.

More clarity on the matter was given by President Putin on Jan. 13 in the course of their joint press conference with President Erdoğan. The Russian leader read out loud a paragraph from a letter addressed to the U.N. secretary-general by the U.N. permanent representatives of France and Germany. The letter requested that Antonio Gutteres advise Staffan di Mistura not to agree with the list of candidates submitted by the Astana trio to disregard the work done by Turkey, Russia and Iran.

In the meantime, "Russia and other guarantor countries are ready to consider the reservations made by the U.N. to preserve the core, the basics of what we have done, to keep the list for a basis and to change – if required – some names without diminishing the quality of the work done. The quality criteria should be either list is acceptable to the parties," said Russian Deputy Foreign Minister Sergei Vershinin on Feb. 8.

It's a thorny issue to decide who shall sit on a constitutional committee of a country ravaged by war, enmity and ethnic strife. But regardless of who are its members, believes the Russian side, more important is how committee decisions are adopted; by simple majority or consensus. This still needs to be decided upon.

Another matter to decide is who chairs the committee and who will be the members of the working group to carve out the constitution. The question remains open, either to make a new constitution per se or to amend the 2012 version of the present constitution, but there is bitter disagreement concerning a clause on who can be the Syrian president. Currently, a presidential candidate must be a permanent resident of Syria for at least 10 years prior to the elections, which largely deprives the opposition from participating in the elections. While the regime is warm about amending the 2012 constitution, the opposition is adamant to draw it anew.

The personality of the future Syrian president is another thorny issue. "The will to determine Assad's future shall be the will of the people of Syria. All the people, currently in Syria or out of it, shall decide on the future of their country," President Erdoğan recently said.

"The coalition of Russia, Turkey and Iran, provided relations with Syria are restored, has the potential to be a powerful actor capable of leading political resolution in Syria and acknowledging their work results before the European countries and the U.S. when accomplished. These countries will never recognize the committee unless confronted with a fait accompli of its establishment, until the committee starts successfully working and becomes a full-fledge political actor. If supported by Russia, Turkey and Iran, and hopefully by China and India also, the European countries and the U.S. will eventually come to support it as well – period," believes Emeliyanov. "The committee is envisaged to carve out a constitution to establish grounds for nationwide elections – fair elections, let's hope, and all the opposition including the pro-western opposition will hopefully recognize the elections result as final. This is what the committee's legitimacy implies."

Politics is not enough

No doubt, a political resolution in Syria is a priority on the international agenda. Still, employing political means alone won't be enough and restoring economic development to cope with social reconciliation will be required. More than seven years of war have resulted in protracted ethnic conflicts, not to mention the millions of displaced and homesick persons. It's a major challenge for Turkey, Russia and Iran, and to deal with it their strong and adamant joint effort is needed.

Share on Facebook Share on Twitter
Previous in Op-Ed Actually no one has suggested such a bizarre and completely otherworldly... Next in Op-Ed "Today, there are around 260 million migrants, over 68 million displaced...
DAILY SABAH RECOMMENDS