Are Indian Muslims a liability or an asset for India's West Asia relations? 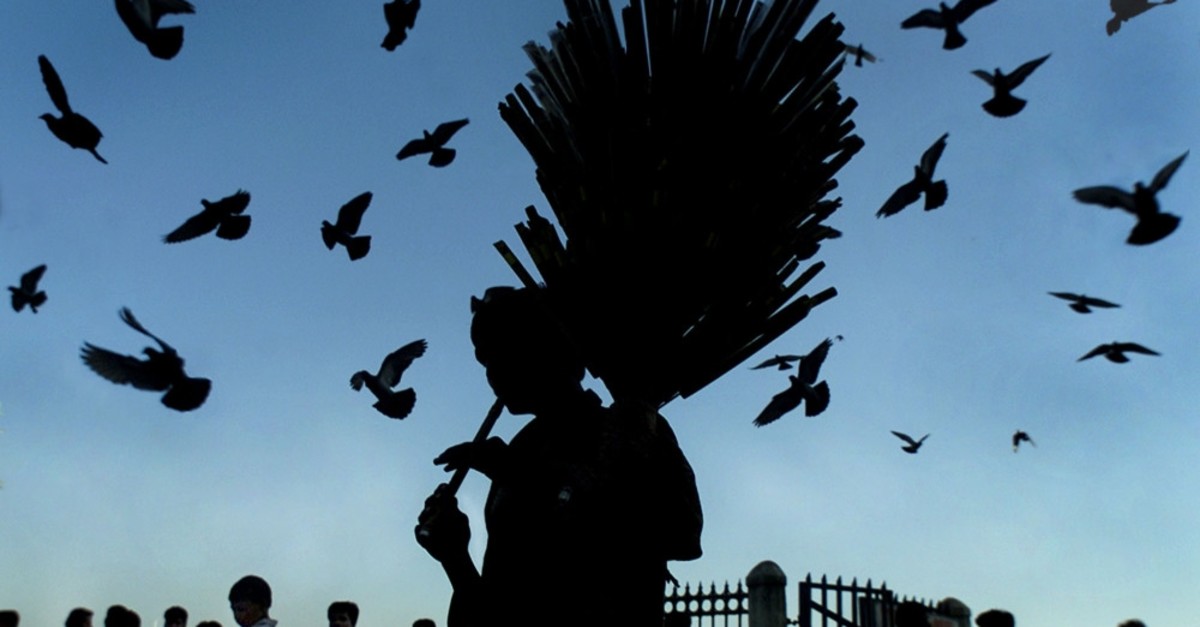 With the AK Party's arrival in power in 2002, Turkey reviewed its security-centric foreign policy and redefined its Middle East, South Asia and Central Asia engagement by reviving its civilizational and trade linkages

Religious and non-religious groups in India have always enjoyed support from one country or another for civilizational, religious or cultural reasons. Communist parties have been very close to the Soviet Union; from 2000 onward, a closer alliance between Hindu groups and Jewish groups was sought, and several Hindu-Jewish summits and meetings were held in New Delhi, Tel Aviv and New York; several Christian religious, educational groups and civil society members received support from many Western countries; in recent years, several Hindu groups have established strong cultural relations with many West Asian countries; however, none of them have attracted such suspicion as Indian Muslims' links with West Asian countries are creating a great deal of curiosity among India's increasingly right-wing audience.

An article written by a Ph.D. student, Abhinav Pandya, appeared in Israel's Haaretz: "Caliph Erdoğan? Why Turkey's President Is Quietly Courting Indian Muslims" on Aug. 27, has gone viral, claiming that in Turkey Indian Muslims "may seek a more powerful backer abroad to protect their interests, rights, security and identity." The article is an "accidental" reproduction of another August 2017 article, "Erdoğan's dangerous game of wooing Indian Muslims," published by Abdullah Bozkurt, a pro-Gülenist Terror Group (FETÖ) figure, an outlawed group that perpetrated the failed 2016 coup.

Abhinav Pandya claims that the reason Indian Muslims look toward Turkey is that "Indian Muslims feel increasingly threatened." The author then questions scholarship exchanges and cultural cooperation programs between the two countries. The author had previously written a similar article in the same Israeli daily about the rise of Saudi Wahhabism in India using the questionable methodology of explaining data in intel reports.

The article is among a series of popular articles that questions India's civilizational linkages with the Middle East and want to see "Islamic/Muslim linkages of India" removed from India's bilateral and regional policy discourse. Interestingly, India's traditional West Asia discourse has evolved a consensus. Despite being an advocate of a pro-Israel West Asia policy, the BJP's two Prime Ministers Atal Bihari Vajpayee and Narendra Modi have generally continued the traditional template.

In the case of Modi, he has rather activated India's West Asia relations by not just visiting the key Arab states in his initial foreign tours but also by diversifying these relations beyond energy and trade. He had hosted an international conference on Sufism to get India's Sufi traditions recognized by Arab and Islamic countries. During a visit by Jordanian King Abdullah II, Prime Minister Modi organized a conference on how Islam promotes peace and brotherhood. He has indeed worked very hard to convince West Asian countries that India can hyphenate its relations with Israel and Arab Islamic countries.

India's civilizational West Asia policy discourse is not just because India is dependent on the region for its major energy imports but also because India aspires to a leadership role in global politics in which India's emergence as an inclusive and plural society creates immense goodwill and soft power for the country. Among other important factors, the presence of 7 million Indians in Gulf countries, a multibillion dollar ever-expanding trade partnership and India's role as a key security partner in the region are the key interests in which the reference of Indian Muslims always comes as a positive and civilizational asset in India's extended neighborhood.

There is every reason to doubt the alarmist narrative of Wahhabization and radicalization of Indian Muslims and now Turkey's so-called attempts to influence Indian Muslims. Such discussions are usually extremely simplistic because they are driven by a post 9/11 security syndrome in which immigrant Muslim communities in the West had become an easy target of securitization. Indian Muslims are not immigrant communities. Indian Muslims' Islamic traditions have evolved over centuries independent of the Ottoman, Arab and the Safavid empires' power struggles.

Indian Muslims, particularly conservative clerics' support for Erdoğan, should be read in the context of a growing sectarian divide in the region. Indian Sunni Muslims who often sided with Iran for a long time are deeply frustrated with Iran's use of sectarian militias in Syria and Iraq. In Turkey's Erdoğan, they do not "seek a more powerful backer abroad to protect their interests, rights, security and identity," and they do not need it either. But their understanding of the region is shaped by the emotional and spiritual connection with Mecca, Medina and Jerusalem, as well as the holy shrines, spread all over the region. Saudis and Iranians have demolished a large number of shrines sacred to the Muslims of the Indian subcontinent. Secular dictators like Assad and Mubarak have been insensitive to religious sentiments. In Erdoğan, Indian Muslims see a person who is more sensitive to their religious sentiments than the sectarian rulers of Iran, Saudi Arabia or the secular dictators.

If Erdoğan is advancing a charm offensive, it is not for Indian Muslims, rather it is for Indian businessmen, with whom he aims to expand Turkey's business to $10 billion. Turkey's Pakistan policy is still trying to come out from emotions of brotherhood where Erdoğan has yet to find good business opportunities.

In the past 15 years, Turkey has been trying to develop an independent and cohesive South Asia policy, independent of the NATO security outlook and cohesion in its multiple balancing act between India, Pakistan and China. Turkey's return to pre-Erdoğan Pakistan-centric South Asia policy is neither possible nor feasible for Turkey's expanding business and diplomatic ambitions.

On the Kashmir issue as well, Erdoğan and his political party know the limit of Turkey's role. In the 1960s, there were Western initiatives to involve Turkey in mediating between India and Pakistan; the efforts failed after two meetings, however. Much has changed since then. Turkey's Kashmir position is no different than the positions of Saudi Arabia, the United Arab Emirates (UAE) and even Iran. India's diplomatic efforts have helped these countries understand the Indian perspective.

One of the most misplaced and careless references in Turkey's foreign policy is the use of the now popular cliché "neo-Ottomanism." Even back in the 1930s, AJ Toynbee looked upon the rise of secular Young Turks led by Mustafa Kemal Atatürk with great suspicion for having Ottomanist ambitions. Can neo-Ottomanism really provide an alternative foreign policy formulation at all is the main question that most Justice and Development Party (AK Party) foreign policy experts are not sure of. If there is a revival of Ottomanism in Turkey, it is in the domain of the film industry, novels and cuisine to attract more tourists.

The neo-Ottomanist is also interchanged with the Islamist foreign policy of the AK Party. However, the AK Party's emergence both as a policy and philosophical reaction to the main Islamic Saadet Party (SP) should not be neglected. That has helped the AK Party attract politicians from across the ideological spectrum. Among the current Cabinet ministers in Turkey, the interior minister, the education minister, foreign and defense ministers along with other influential ministers and officers have all have come from secular and centrist political parties. This is how social engineering by forming the most diverse political umbrella should be differentiated from what is known as Islamism.

The sensationalization of the alleged deepening link between Indian clerics and Erdoğan's Islamic coterie is a careful choice. And so is the omission of expanding relations between Indian and Turkish Sufis networks, the growing popularity of yoga and Bollywood movies in Turkey; a full-time TV channel for Indian TV dramas is also helpful in building the so-called "courting Indian Muslims" narrative.

So who is worried about Turkey's growing relations with India and why? Both countries have overcome much of their trust deficit. In the case of Afghanistan, Turkey's position has been closer to that of India's position in defeating the Taliban and supporting democratic rule. The Istanbul process, different from other West-patronized initiatives, has incorporated India and Indian perspective of peace and stability in Afghanistan. Turkey is not known for starting any direct political dialogue with the Taliban, unlike Iran and the Gulf countries. Turkey's choices in Afghanistan are indeed different from that of Pakistan's. The Syrian crisis also shows the limitations as well as the centrality of Turkey in maintaining the status quo in the region. Turkey's firm support for Qatar has indeed saved the region and the Western powers from another crisis in the Persian Gulf.

Turkey's initial South Asia understanding was shaped by international security dynamics that brought Turkey and Pakistan under the Western security command of the Central Treaty Organization (CENTO). With the AK Party's arrival in power in 2002, Turkey reviewed its security-centric foreign policy and redefined its Middle East, South Asia and Central Asia engagement by reviving its civilizational and trade linkages. From 1947 to 2000, only four presidential and prime minister level visits from Turkey and six visits from the Indian side took place. Within 15 years of AK Party rule, at least 10 visits at the level of president and prime minister have taken place, while nearly 40 ministerial visits have taken place. The change in Ankara's South Asia perspective cannot go unnoticed. The willingness to evolve a South Asia understanding beyond Pakistan, by hyphenating its India-Pakistan relations, and to have a strategic partnership with the region can be seen in Ankara's diplomatic stance. To see Turkey's changing foreign policy towards South Asia and its improving relations with India in terms of "Indian Muslims" may be a purposeful misreading at the behest of Turkey's Middle Eastern rivals.