Who are the real enemies of Germany? 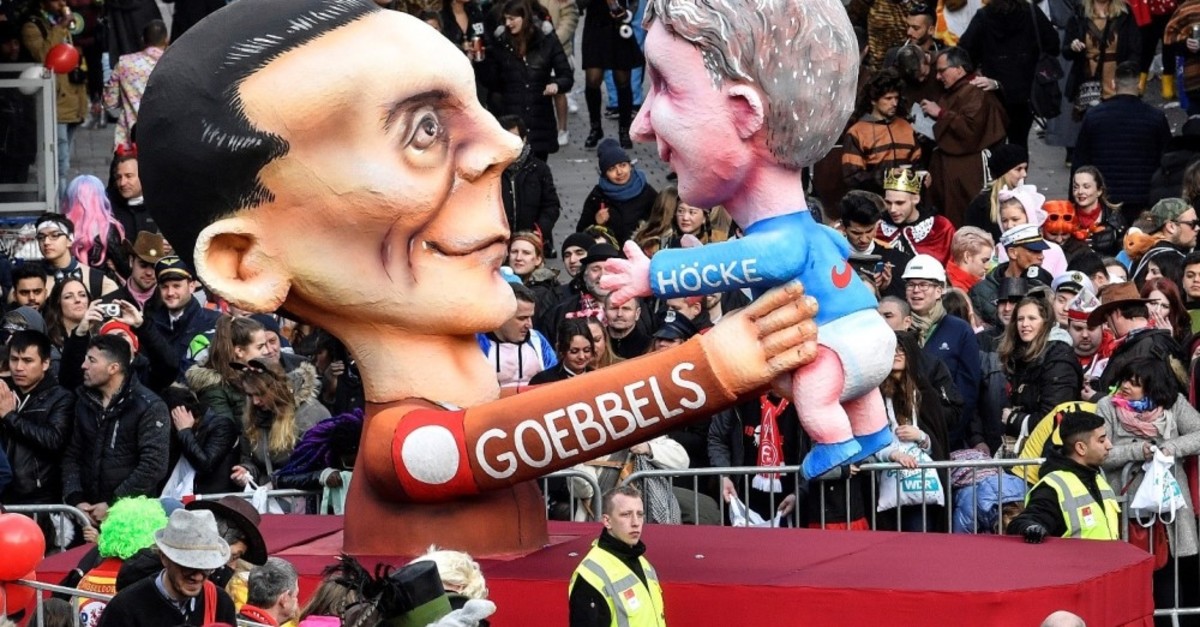 The Red Army Faction (RAF), or Baader-Meinhof Gang, was one of Europe's first "urban guerilla" organizations. In contrast to similar organizations in Turkey, this was a "gauchist" middle-class organization that directly targeted capitalist and imperialist elements within Germany. The organization, like every armed terrorist organization, certainly was using violence and standing as a threat against the community, however, extra-legem [extrajudicial] actions taken against the RAF stand as good examples of illustrating how the "global force" is prone to quickly ignoring the existence of concepts like human rights as needed. The organization came into existence due to some Maoist youngsters rejecting "hippie" ideas and manifesting passive resistance. Since these youngsters were uncomfortable with the fact that Germany had become a NATO-centered country, under the partial supervision of the U.S., they wanted to act against it.

In its early years, the organization cooperated with a lot of different anti-NATO leftist organizations, including the Palestine Liberation Organization (PLO). Later, founders of the organization were found hanged in prison while serving their sentences. Moreover, even their lawyers were detained in a democratic country like Germany, and their right of defense was violated. It is claimed that they brought guns into the prison and they shot themselves in the head from a distance of 30-40 centimeters. This was one of the most interesting claims about their deaths.

Andreas Baader was left-handed, but he killed himself with his right hand. The others who were found injured bled to death because they were not taken to the hospital in time. Even the least significant members of the organization were sentenced to solitary confinement. Thus, it is impossible to expect the U.S. to give free rein to its most important outpost in Europe. Forty years ago, the same hand that plotted the coup in Turkey prevented the possible withdrawal of Germany from NATO.

The most significant actors of the German left movement were either murdered, accused of being Stasi (members of the German Democratic Republic Intelligence Agency) or dragged into being a part of "harmless" left options like the Social Democratic Party (SPD). Today, the strategic mind that tried to "reform" the German left by killing Rosa Luxemburg, has evolved into an orientalist institution which has no word for fascism and racism in its homeland, all the while shaping the political structure of "enemy countries" by plotting foreign interventions. But they never tried to "reform" parties which have the mindset of the World War II era. Today, Germany's main opposition party the Alternative for Germany (AfD) is driving German politics.

As a natural consequence of politics and the concept of the nation-state, nationalist parties continue to exist. But the difference between Turkey and Europe is due to this "nature." The Nationalist Movement Party (MHP) in Turkey was embraced by a majority in the Turkish population and they deemed Kurdish people as a fundamental part of Turkey, getting votes from the Kurdish people. Whereas the AfD deems Turks, Muslims and non-German factions in Germany as natural enemies. We can say that racism was an underground ideology in Germany after World War II; a precise description because at the time racist figures were not destroyed but passivized and dragged underground.

Starting from the 1960s the German left ran a serious campaign against neo-Nazis and prevented the remnants of the Nazis finding a place for themselves in the state. Moreover, even in elections after the war, far-right parties earned seats in the parliament, but they were blocked with obstacles and thresholds and thus participated in elections with independent candidates or candidates disguised by membership in other parties.

After the unification of East and West Germany and the fall of the Berlin Wall, the labor force provided by immigrants "were not needed" anymore and a process, starting with the Solingen arson attack, led to far-right political figures in parliament with the help of the same "strategic mind."

Turkish immigrants, particularly, adopted an anti-American attitude following a disguised coup attempt on Dec. 25, 2013 and Dec. 27, 2013 and the undisguised coup attempt of July 15, 2016 in Turkey, which led the global system into a situation of fear. Now they cope with this fear by using racism and alienation as a threat toward Turkish immigrants.

Both the left and right of German politics have united in the stance against Turkey and this stance has increased the proliferation of racist ideology; they have created a description of a "plausible" Turk as an obedient person who is waiting at the door of Europe. The support of the Turkish community in Germany for the Justice and Development Party (AK Party) is a consequence of the refusal of fitting into this framework. The circles that accused President Recep Tayyip Erdoğan for "moving

away from the West" following the July 15 coup attempt are using the concept of "West" because they cannot say Turkey is moving away from NATO.

Who is an ally?

In summary, even though those with racist tendencies in Germany claim they are serving the German people, their only mission is to damage the multicultural wealth of Germany. The far-right and racism are being used as a threat against Turkey and the Turkish diaspora in Germany.

If the far-right and nationalist groups within Germany love their country, they should direct their actions toward the U.S., which has tried to damage the German economy by increasing taxes on German cars, instead of directing it toward the Turks, who have historically been allies of Germany throughout history.

One whose ally is not safe, is also not safe. The security of Germany starts from Turkey. All kinds of discomfort in Turkey will eventually find a reflection in Germany and this is an unalterable reality.

Apart from being a NATO ally, Turkey and Germany are two "ally" states that have a complicated relationship with each other. The Turkish community has been living in Germany for more than half a century and the people of the two countries are akin to each other. At the end of the day, the Turkish-German relationship has particular importance due to the economic and social ties between these countries and the Turkish diaspora living in Germany. This special relationship should not be sacrificed for the populist policies of far-right parties.