As May rolls dice a final time, Brexit chaos underlines failure of politicians 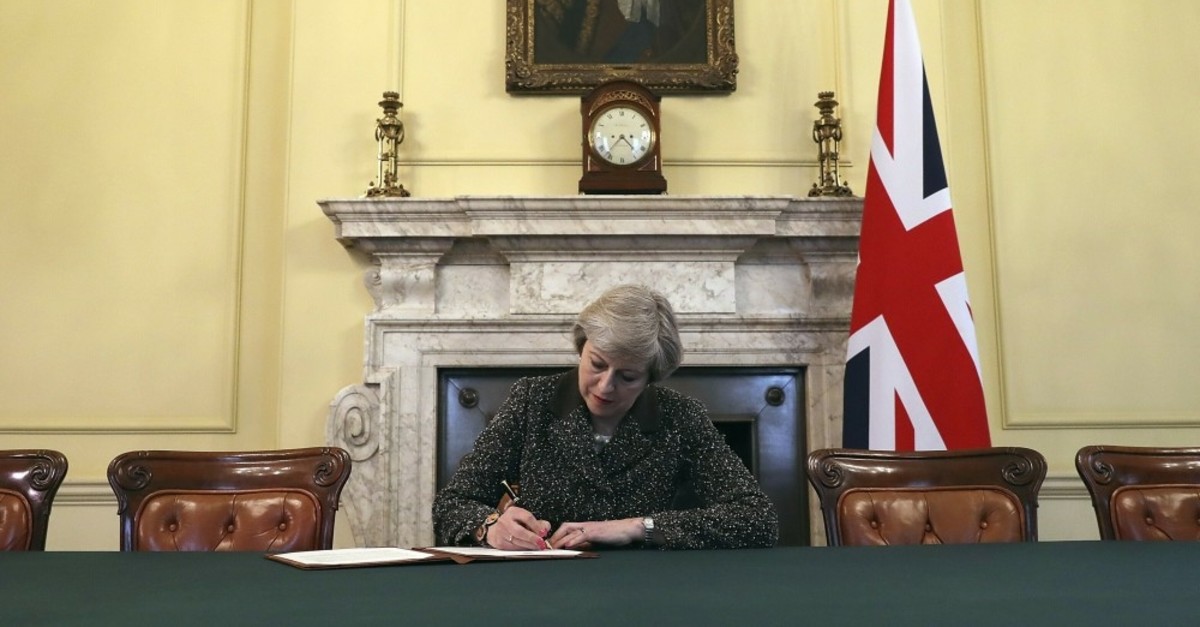 Almost three years since the U.K. referendum on leaving the EU, the Brexit process is as divisive, controversial and unsettling as ever.The reality of a no withdrawal deal agreement just days before the U.K. is legally bound to leave the EU on March 29 speaks volumes about the chaotic state of U.K. politics. Divisions between and within political parties continue to remain rife.

More importantly, there is still no clear way forward on the Brexit process.

The fact that the margin of defeat in the second meaningful vote on U.K. Prime Minister Theresa May's withdrawal agreement was by "only" 149 votes showed how painful the process had been for the government in recent months.

The first vote had lost by a record margin of 230 votes. May managed to claw back 81 seats but it is difficult to see the reduced deficit as a sign of progress or a breakthrough. May and her Brexit team spent two months negotiating intensely with the EU and even the last-minute assurances secured in Strasbourg did little to change the political appetite for her deal.

In reality, little had changed to bridge the gap between the U.K. and the EU or between the rival Tory camps. The wording around the controversial Irish backstop may have been more reassuring, but from a legal perspective, the changes were simply not enough. Now, one of the most chaotic weeks in British political history is set to rumble on for another crucial week that may not just decide the fate of Brexit timelines, but whether the U.K. leaves at all, May's political future and a new general election.

The Commons vote last week to take the "no-deal" option off the table and then subsequently, to delay Brexit, has placed "remainers" and "Brexiteers" in the Conservative Party in a tight corner.

Remarkably, the battle-hardened and tenacious May is set to put her deal to a Commons vote for a third and final time this week.

However, now is crunch time, and something has to give. With days remaining until the U.K.'s current legal deadline to leave the EU, the outcome of May's third vote has much wider ramifications than the previous two votes.

Brexit has turned into a mess

A third defeat for May's deal will simply make her position untenable. Labour is likely to find much more receptive ears if they call a second confidence vote on the government, and in turn, make a new general election an inevitable reality.

Moreover, what is the future of Brexit if she is defeated yet again? With key

European Parliament elections around the corner, the U.K. would be obliged to agree to a much longer extension. This may result in a further vote on May's deal at a later date or radical renegotiation with the EU based on a fresh agreement.

A third defeat for the government will also increase calls for a second referendum. Whilst another referendum is perceived in some circles as a silver bullet, it may yet stoke more social and political divisions in the country and provide impetus for another vicious Brexit circle, than solve all of Westminster woes.

Asking the public to vote on the withdrawal agreement or to cancel Brexit altogether would underline how U.K. politicians have failed the electorate. It was the government and not the people that set the scene for the original vote. Now, bickering U.K. politicians may shift the blame to the people for their Brexit mess.

Ultimately, what this means for the public and the economy is more months and years of uncertainty, wrangling and political infighting.

May needs to gather support

Ironically, in these gloomy scenarios gives May her best shot yet of getting her withdrawal agreement through the door as she urged MP's to make an "honorable compromise." May warned that a failure to back her deal would mean, "we will not leave the EU for many months, if ever."

Now, a fast-ticking clock, a clear political majority against a "no-deal Brexit "and a threat that the U.K. will never leave the EU may unnerve rebel Brexiteer Tories into finally backing her deal as the only viable way forward.

Nevertheless, continued hopes of Tory Brexiteers such as Boris Johnson that there is still time to negotiate with the EU on the backstop is becoming increasingly delusional.

The EU made limited concessions in two months of tense negotiations and is unlikely to succumb to more changes in mere days.

This point was emphasized by EU's chief negotiator Michel Barnier who warned that the EU "cannot go any further," whilst insisting, "If the U.K. still wants to leave the EU in an orderly manner, this treaty is, and will remain, the only treaty possible."

U.K. Chancellor Philip Hammond claimed that May's deal would only face a third vote if "enough of our colleagues and the DUP [Democratic Unionist Party] are prepared to support it."

The DUP has only 10 MPs in the Commons but their backing would serve as a symbolic win for May and would certainly sway a number of Tory rebels.

However, growing efforts to entice the DUP has not been without controversy. Currently, the DUP effectively gives the government a working majority but not without a price. The party already received 1 billion pounds ($1.3 billion) as part of a confidence and supply agreement after the last election.

Hammond underlined that discussions with the DUP centered on political assurances for Northern Ireland but with that DUP-Tory agreement set to end in the coming months, further contentious payments are almost a certainty to secure DUP backing for May's Brexit deal.

Either way, it appears at the current time that nothing is certain in U.K. politics except uncertainty.