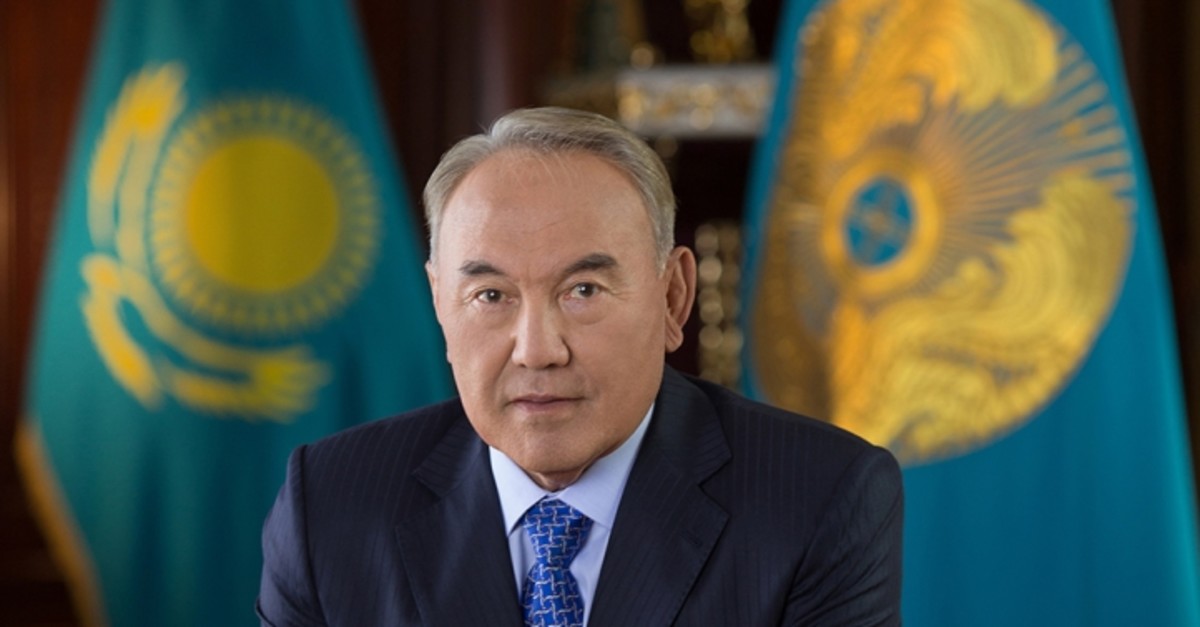 Kazakhstan's President Nursultan Nazarbayev has announced that he will resign from his post after almost 30 years in office.
by Maria Beat Mar 22, 2019 12:50 am

With the resignation of President Nazarbayev, Kazakhstan may seem to be experiencing a transition of power; however, the current picture in the country suggests otherwise

Astana, the capital of Kazakhstan, is the focus of attention again although not as the cradle of the Astana peace process on the Syrian settlement as is usually the case.

"This is serious and unexpected news," said Valentina Matvienko, the chair of the Federation Council, the upper house of the Russian Federation. For Russia, Kazakhstan is the prime strategic partner and pillar for stability and balance in relations with other post-Soviet countries. Since 1991, Russia-Kazakhstan ties have been progressively developing without political squabbles and guided by the mutually beneficial cooperation that's made the relationship unique compared with the other post-Soviet countries.

Nursultan Nazarbayev was elected as the first president of independent Kazakhstan on Dec. 1, 1991, by an absolute majority of 98.7 percent at the first ever national elections; he had been the only registered presidential candidate. He was subsequently re-elected several times as the country's president and was expected to remain in office till the next elections in 2020.

While surprising at face value his resignation was prepared well in advance. In May 2010, the parliament adopted a law to grant to President Nazarbayev the status of "Elbasy," the national leader, that provides, among other things, both Nursultan Nazarbayev and his family members with personal immunity. In gratitude for his historic mission accomplished, the law grants him for life the right to address the nation, government and national authorities with important initiatives. While resigning, he retains a seat on the constitutional committee and chairs Kazakhstan's security council for life.

The law on Kazakhstan's security council grants control to Nazarbayev over its composition and key developments in domestic and foreign policy, not to mention the overall supervision of the government bodies.

During his nearly 30-year tenure, President Nazarbayev has transformed the underdeveloped outskirts of the Soviet empire into the advanced and prosperous nation of Kazakhstan. Under him, the most important achievements experienced by the country became its gaining independence from the Soviet Union, becoming a sovereign nation and enabling a transition from a planned to a market economy. That's made Kazakhstan the most successful example of post-Soviet transformation among the former republics of the USSR.

The modernization model masterminded by Nazarbayev has ensured an economic breakthrough never attained by any post-Soviet country. Guided in foreign political initiatives by principles of multi-vector development, Kazakhstan has quickly managed to establish itself internationally as a reliable partner, open for building new relations with countries thoughout the world. This instantly attracted to Kazakhstan foreign investors and businesses targeting its huge hydrocarbon resources and privatization of the industrial assets inherited from the USSR. This boom triggered investments, high levels of development, earned it the name of the Central Asian Tiger and enabled a virtually unknown Soviet province to establish itself as a reputable international actor.

Since independence, according to the World Bank, Kazakhstan's GDP has grown six times up from $26.9 billion in 1990 to $159.4 billion in 2017. During the same period, the per capita income has increased tremendously from $169 to $9,200 according to the International Monetary Fund (IMF).

In other positive dynamics, Kazakhstan enjoys a relatively low level of unemployment, hardly reaching 5 percent as of the beginning of 2019, although the poverty level remains high.

Nevertheless, certain experts believe that this economic growth has rather resulted from foreign direct investment (FDI) that continued flowing into Kazakhstan until 2016. Another contributing factor was high oil prices in world markets until recently, and experts draw attention to this while voicing at times grounded skepticism about Kazakhstan's success with modernization.

In the meantime, the population of Kazakhstan has grown by 8.9 percent to reach 18.6 million, but the share of Russians went down from 37.4 percent in 1989 to 19.8 percent in 2018, while the overall birth rate decreased by 6 percent.

Another high-profile endeavor of President Nazarbayev was moving the capital from Almaty to the north of the country and building an ultra-modern city of exemplary architecture in Astana out of an urban settlement in a semi-desert. As a tribute to him and in gratitude to his efforts, on March 20, 2019, the Parliament of Kazakhstan unanimously decided to rename the city Nursultan.

All through the years, Kazakhstan's rapid economic advances and successful foreign policy moves continued in parallel with the stable development of its fiduciary relations with Russia. Today, the countries' economies remain closely integrated. "Our two countries are close by the structure of their economies," said Daniyar Akishev, the head of Kazakhstan's national bank to Kommersant daily when attending the International Financial Congress in St. Petersburg in June 2018, adding, "They both, one way or another, depend on oil and historically share the same institutional origins that impact their legal systems and business environment. If Kazakhstan continues benefiting from the inflow of foreign investment, Russia will benefit from having a strong neighbor next door that enjoys an economic growth triggering an increase in turnover between the countries. Eventually, it'll turn beneficial for Russia."

Similar to Russia, Kazakhstan's energy sector dominates the economy, which is still more dependable on oil exports than the Russians. Energy market professionals believe that with oil prices at the level of $60 per barrel, Kazakhstan's economy will ensure stable growth of around 4 percent in 2019-2020. Today, hydrocarbons account for 60 percent of exports, while the metals share hardly exceeds 20 percent and the rest goes to agriculture and processing.

With energy prices sharply down since 2014, the banking sectors of both Kazakhstan and Russia currently experience similar problems. Kazakhstan's sector is compact, it has 28 banks strongly controlled by the government authorities and is closely linked with the Russian financial sector particularly by means of investments.

Currently, three Russian banks operate in Kazakhstan, and the largest of them, Sberbank, is rated among the country's top five.

Of special attention is Kazakhstan-Russia interstate cooperation. In 1991, Nazarbayev became one of the founders of the Commonwealth of Independent States (CIS) and later an initiator of the Eurasian Economic Union (EEU). The host of the Astana peace process on the Syrian settlement, in 2017 Kazakhstan has virtually launched a mechanism of trilateral cooperation between Turkey, Russia and Iran that reanimated the Geneva peace talks and continues contributing to the increasing momentum of the overall resolution of the Syrian crisis.

Russia intensely watches events in Kazakhstan, seeing this as a moment of truth. Kazakhstan's model of power transition undergoes a test, and at the core is the principle of keeping power, not the position. The process looks to be well adjusted in advance and surprises are hardly expected.

No early presidential elections are envisaged in Kazakhstan. Till December 2020, the end of Nursultan Nazarbayev's tenure, the acting president will be the speaker of the Senate as the country's constitution envisages. His name was revealed on March 20 as Kasim-Jomart Tokayev, a graduate of Moscow State Institute of International Relations (MGIMO) that has bred the Russian diplomatic elite, including Foreign Minister Sergey Lavrov and the Foreign Ministry Spokesperson Maria Zakharova. "I believe that Tokayev is the very person who we can entrust with governing Kazakhstan," recommended Nazarbayev.

Apparently, President Tokayev enjoys the trust of retired President Nazarbayev who relied on him for the goal of keeping intact his course of governance.

On the same day, Kazakhstan's Senate unanimously nominated Nazarbayev's elder daughter Dariga as its new chair. Before this she served as a chair of the Senate Committee on International Relations, Defense and Security.

The most intriguing aspect of this process will be who wins the elections in 2020, which are not far away. The election result may well introduce a change in Kazakhstan's relations within the EEU, as well as impact Kazakhstan's cooperation with its principle partners, particularly Russia and China.