Great opportunity ahead for Turkish-Russian relations 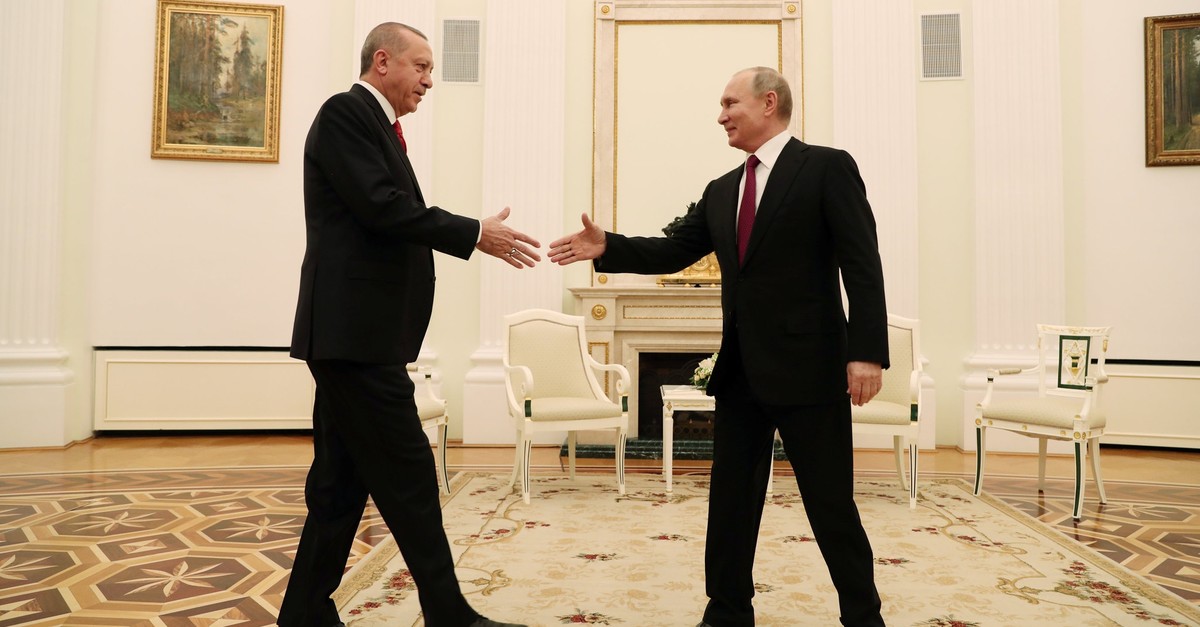 By the decisions made by President Recep Tayyip Erdoğan and Russian President Vladimir Putin, the year 2019 was declared as the mutual Year of Culture and Tourism between our countries.

Despite the fact that the planned events, in fact, have already started in Turkey and in Russia, the official grand opening of the year 2019 will take place in a month, on April 8, at the famous Bolshoi Theater of Moscow with the participation of the two presidents.

The situation in recent years is taking shape in such a way that we, the Turks and Russians, in our relations turned out to be noticeably focused on the joint solution for global and regional problems and on combating threats to our national security. And Turkish-Russian humanitarian and cultural ties are often overshadowed by second place, giving way to the security zone, Idlib and the "S-400 problem."

However, it is unlikely to be rash to assert that the parties managed to solve complex and sometimes contradictory questions easily, the more they know and understand each other.

And the fact that today Turkey and Russia, in general, successfully localized existing contradictions and focused primarily on cooperation, can be attributed to the quarter-century close contacts between the two nations, which sharply intensified after the fall of the so-called "Iron Curtain." It was these contacts that allowed us to get to know each other better, to abandon many stereotypes and misconceptions and, as a result, created the ground for a constructive dialogue on a wide range of issues.

In this sense, 2019 should be considered as one of the important opportunities for bilateral relations, which the two countries and two nations should use to reach the maximum.

After all, to be honest, the laws of large bureaucratic systems have not been canceled; in order to start moving in any direction, unfortunately, a formal basis is often required and, preferably, in the form of direct orders from above. And it is difficult to invent something better than the decision of the two countries' leaders on the special status of the Year 2019, in order to once again recall that, apart from Syria, there is an important place for culture, tourism and humanitarian ties in Turkish-Russian relations.

Using 2019 to reach the maximum

What does it mean to say "reaching the maximum" in 2019? How do we achieve this maximum effect? And, in general, what can we expect from the Turkish-Russian Year?

If we approach the question not formally, but creatively, then, first of all, we must honestly admit to ourselves that our knowledge of each other today is in no way satisfactory. As a Russian who has been living in Turkey for many years, I can clearly see huge gaps.

This may sound a bit simplistic, but this is how Turkey looks from the point of view of the average Russian citizen.

Russians have discovered and loved the Mediterranean Sea and annually organize a campaign to "occupy Antalya" in Turkey for the duration of the tourist season. The inhabitants of Russia, in dignity, appreciated the famous Turkish hospitality, as well as the most welcoming form of their reception, when you pay once and for everything in advance. Of course, I am talking about the "all inclusive" system, the Turkish invention, which made Turkey one of the leading countries in the world in the tourism sector. Istanbul has become a favorite place to visit, and its Laleli district and the Grand Bazaar are popular shopping places for Russians.

So, having rested in "all inclusive" tours somewhere in Belek or Kemer and having made a shopping tour to Istanbul, the average Russian citizen is fully confident that he has discovered Turkey as it is. And perhaps, the saddest thing is that he is sure that there is nothing more to discover in Turkey.

It is as if Turkey does not have the coasts of the Aegean, Marmara and Black Seas, as well as Central Anatolia, the east and southeast of the country. It is as if there are no alternatives to the all-inclusive system and "sun-beach-sand" in the form of opportunities to make health, gastronomic, cultural and religious visits to Turkey. For example, two of the three places of pilgrimage that are obligatory for Christians – Jerusalem, Ephesus, and Antakya — are in Turkey, but how many Russians know about it?

Introducing both countries to the people

Russia is the largest country in the world. It is not a country, but a whole continent, which, in itself, as they like to repeat in Russia, is a separate civilization that united hundreds of nations on its land – from Kaliningrad to Vladivostok. However, from the Turkish point of view, all 144 million people of the population of the Russian Federation are "Russians." Natives of Central Russia, the Caucasus, Eastern Siberia, the Far East, and even from countries such as the former republics of the Soviet Union.

Many Turks have heard about Baikal Lake, the Altai region, and about the Siberian Express train. However, few of them at least once in their lives reached the Siberian corners of Russia. The overwhelming majority of Turkish citizens just arrange a combined trip to Moscow and St. Petersburg for themselves. Of course, as in the case of the Russians, the Turks make their judgment on one-eighth of the earth's land mass according to what they see in the two or three biggest Russian cities. Just think about this funny fact.

There is one more important circumstance which, to a large extent, determines our point of view of each other.

In 2018, over 6 million Russians visited Turkey, and to a great extent, these people come to Turkey for the purpose of rest. Moreover, from a geographical point of view, the regions visited by Russians are limited to Istanbul and the narrow "five-star" coastline of the Mediterranean Sea.

On the other hand, last year, even less than 100,000 Turks visited Russia. But, as you probably already guessed, even in this modest figure, a large majority are those who came to Russia were for business or work. They are Turkish exporters, civil contractors, engineers and workers.

But let's just ask ourselves: What would happen if the Russians knew Turkey better and started to perceive it more as an attractive place to do business and invest?

It is not a secret that, despite all the successes achieved by Russian-Turkish trade and economic relations, Turkey is still not perceived as the so-called "traditional partner" of Russia, which, for example, India and Vietnam are considered from Soviet times. In addition, the Turkish market is considered to be too highly competitive, oversaturated and oriented to the West, and this is why it clearly scares Russian entrepreneurs.

And if the Turks, in their turn, chose Russia for their holidays? Perhaps the tourism industry of Russia will not offer them today the comfort to which sophisticated and demanding Turkish consumers are accustomed to. However, in terms of nature, for those who love wildlife not only in photographs with President Putin in the river with a fishing rod, there is no other country like Russia in the world.

I personally know a Turkish woman – a pensioner who traveled all of Russia from the west to east, from St. Petersburg to Vladivostok, by train, returning as an ardent admirer of our country, but are there many such people in Turkey today?

In general, how this, seemingly small, change of perspective in the views of the Turks and Russians toward each other could have an effect on Russin-Turkish relations?

Let's not forget that Presidents Erdoğan and Putin have decided to increase the turnover between our countries from the current $25 billion to $100 billion in the coming years.

But when it comes to a fourfold increase in economic ties, this is not about a quantitative increase, but about a cardinal change in quality.

In this regard, it is appropriate to recall the famous phrase of Albert Einstein: "No problem can be solved from the same level of consciousness that created it."

In our case it means, that it is impossible to achieve this ambitious task, without going, for a start, beyond the framework of those familiar patterns, stereotypes and ideas that the Turks and Russians created in their heads in relation to each other over the past two-and-a-half decades of our modern history. Just as a note, it is a difficult history in which there were ups, downs and even tragedies.

The Year of Culture and Tourism 2019 between Russia and Turkey, is a great opportunity for the two nations to tell each other something new and unknown about themselves. What was required of the presidents was to give a powerful impetus from above and Recep Tayyip Erdoğan and Vladimir Putin did just that. Well, or almost did, if we consider the forthcoming ribbon-cutting ceremony in the building of the Moscow Bolshoi Theater on April 8 of this year.

Now everything depends only on those representatives from the Turkish and Russian sides who are engaged, because of their duties or will, in specific organizational work. Let's hope for their creative, unconventional and interested approach. In order to convert another historical chance into an even greater rapprochement of the Turkish and Russian peoples, which is, no doubt, for the benefit not only for them, but for the whole region, we need a new story for Turkish-Russian relations. The great opportunity is right in front of us. Let us see and use it!