The psychology of geopolitics: How feelings shape international relations 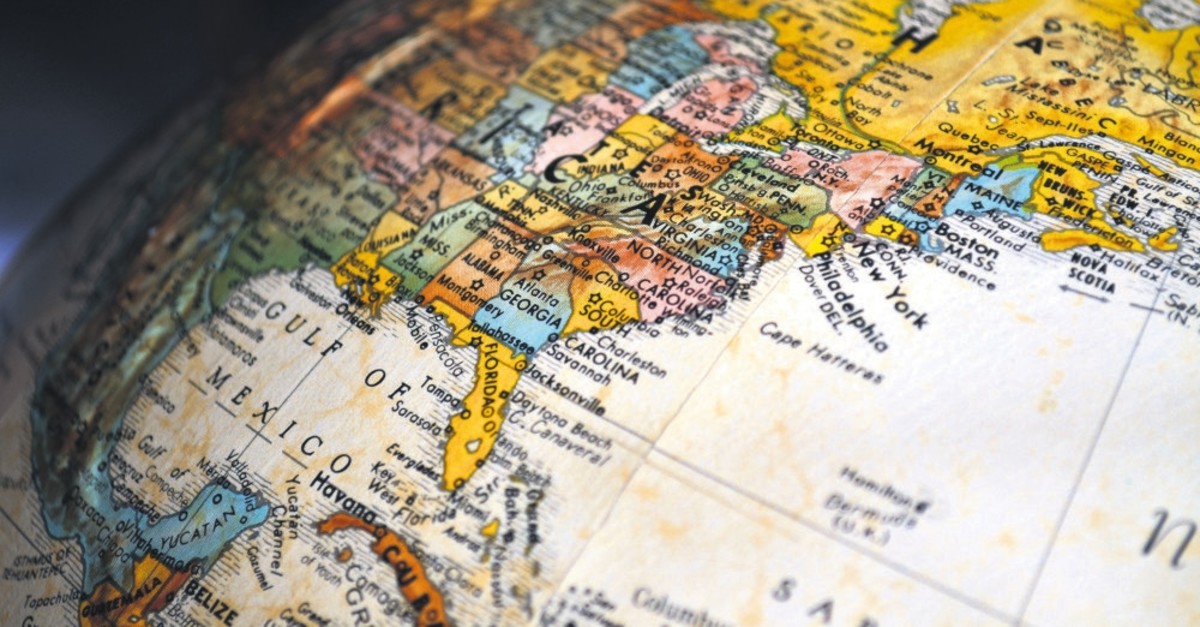 As power balances in global politics have been changing profoundly, classifying countries in terms of their international outlook has now become a daunting task. At issue is how countries clustered around different groupings might respond to the tumultuous changes taking place in the fabric of global politics. This short piece clusters countries in four different categories, namely optimists, pessimists, the downtrodden and the uncertain. The main criterion employed in this regard is whether countries think the future is on their side as well as whether they possess the ability to master their own destinies. Are they confident that they could help midwife a particular domestic, regional and international order to their liking or are they fearful and anxious about the future and taking some measures to help preserve whatever privileges and benefits they hold within the existing system?

The ones who are optimistic about their future are mainly found in East and Southeast Asia. Led by the meteoric growth of China and India, many Asian countries are now on a positive trajectory concerning their journey to development and modernity. Despite the fact that many informed observers compare today's East Asia to yesterday's Europe in terms of rising geopolitical competitions, the growing salience of nationalism, continuous armament and the dangerous escalation of territorial confrontations, it is also this part of the globe that radiates hope to other locations. The reasons are twofold. First, in a short period of time East and Southeast Asia have transformed into the most dynamic parts of the global economy.

Second, peace, security and welfare in other parts of the globe have increasingly become dependent on how things are done in this region. What we observe in today's world is that rather than the countries in East and Southeast Asia adapting themselves to the policies of extra-regional actors, it is the extra-regional countries that have been redefining their national interests and priorities in light of the developments taking place in this region. Hence the American pivot/rebalancing to East Asia, the EU's opening to China, Russia's rapprochement with China, Saudi Arabia's Crown Prince Mohammed Bin Salman's visit to China, and the rush of many other countries to take part in China's "One Belt, One Road" initiative – Italy being the latest example. The fulcrum of global political, economic and military activities is no longer Europe or the traditional trans-Atlantic area.

Feeling aghast at the existing international institutions of global governance, many of which came into existence in the early postwar era, the optimist rising powers of Asia are now taking bold initiatives to help establish alternative global institutions that much better reflect their increasing material power capabilities and self-confidence.

Millions have already been lifted out of poverty in China, India and many other Asian countries. The export-oriented, labor-intensive, state-led development programs throughout Asia, particularly in China, have already begun to give way to more domestic consumption based, technology-intensive and market-driven development programs. The idea that economic development and modernity with multiple faces can be achieved has found a living expression in Asia. What makes majorities of people across East and Southeast Asia feel optimistic is their common belief that they could materially prosper and hold great sway in global politics while remaining loyal to their traditional cultures and values.

Those who try to make sense of the "Chinese Dream," "Korean Dream" or "Asian way" argue that none of these countries puts forward its own model as the universal road map for others to emulate. Coming into existence out of the decolonization process, bearing the brunt of humiliation at the hands of colonial Western powers, sitting atop a rich civilizational and cultural heritage, prioritizing societal or communal values over individualism, and preferring to define themselves as more developing than developed states, many countries in East and Southeast Asia demonstrate both modesty and audacity simultaneously.

On the other hand, the countries which can be considered as pessimistic are more anxious about their future and mainly found in the West. The majority of people who live in Western countries feel they are increasingly getting exposed to various challenges as they watch others/non-Westerners climb the ladder of the power hierarchy quickly and shake up the ground on which Western primacy, security, welfare and prosperity have been built. At stake is not only that Western countries would need to accommodate newcomers but also Western societies need to come to grips with the reality that there exist multiple modernities. Western claims to universal consciousness, morality and values no longer hold true in today's polycentric world.

Both the United States and EU members are now beset with growing economic difficulties, the decreasing legitimacy of liberal democracy and an increasing influx of non-Western migrants, let alone growing anarchies in their proximate regions. With the world shrinking, Westerners would do well to understand and empathize with non-Westerners. Their agony is that the closer they get into contact with non-Westerners, the more they feel the pain of understanding who they are and what they want. This is something quite challenging for Westerners not only because they need to share "power" with others but also they need to reflect upon their own identities and interests more than ever. This appears to have caused fear and pessimism on the part of Westerners.

Despite Trump's fear mongering presidency, polarizing political moves and nativist isolationism, the United States seems to be in a much better position than EU members in weathering economic, societal and political challenges of the emerging world order. The U.S. is still the number one military power on earth, undertaking more than one-third of global military spending on its own. Despite Trump's trade wars and protectionist economic measures, the American economy seems also to have recovered from the latest financial crisis in the late 2000s with increasing growth and decreasing unemployment rates. Despite Trump's white supremacism, the United States is also far ahead of the European Union with respect to accommodating different ethnic, religious and linguistic communities in plural and multicultural settings. Europe's geographical proximity to Russia and the greater Middle East on the one hand and its strong traditions of nationalism, social Darwinism and cultural superiority on the other appear to put Europeans in a more pessimist mood than Americans. Compared to Americans, Europeans feel more threatened by the globalization process and the rise of non-Western power centers. It is not a coincidence that anti-globalist, anti-integrationist, anti-Islamist and anti-immigrant feelings have been on the rise among Europe's "feared" subjects.

Lying somehow by the wayside is the group of downtrodden countries, whose members are extremely preoccupied with domestic problems, feel humiliated by others and lack a strong agency to master their own future. Many countries in the greater Middle East, Africa and the post-Soviet region can be included within this group not only because they have failed in charting their ways since the end of the Cold War but also their growing domestic problems have kept them quite isolated from the globalizing/integrating world for long. Compared to the pessimists and optimists, the downtrodden are not connected to the global world order to a satisfactory degree that would enable them to play an ownership role in the emerging global order. Many downtrodden countries have either been beset with dire internal problems or already evolved into the playing grounds of other actors.

These countries have neither experienced the peace dividends of the end of the Cold War era nor demonstrated success stories in terms of transforming into well-governed places in which their citizens enjoy economic prosperity, physical security and societal cohesion. Long years of colonization and humiliation at the hands of Western imperial powers as well as the failure of their own authoritarian leaders to set in motion sustainable development/modernization processes seems to have instilled a strong degree of fatalism and lack of confidence on the part of the downtrodden. It is not a mere coincidence that radical voices find a niche in these locations. What has transpired in the Middle East and North Africa since the beginning of the so-called Arab Spring process is a testimony to the "doom and gloom" scenarios being transformed into reality each passing day.

If not forming a distinct group of countries, Russia, Japan, Israel, Brazil and many other mid-sized countries can be possibly defined as constituting a fourth category of the perplexed uncertains. The uncertains find themselves sandwiched between optimists and pessimists. The uncertains have strong hard and soft power capabilities in terms of playing decisive roles in their narrow regions, yet find it extremely difficult either to chart a global vision similar to optimists or bandwagon with the pessimists.

They suffer from a deep identity crisis insofar as their relations with the outside world are concerned. They are neither of the pessimist West nor of the optimist East. Their close links to the pessimist Western powers and their long history of modernization processes defined in Western terms appear to put them in a different category than many optimist powers of East and Southeast Asia. They are well-acquainted with Western/European values and norms, yet they simultaneously feel excluded by the West. For instance, their common feeling of being excluded by the West seems to partially account for why Turkey and Russia have increased their bilateral cooperation in recent years. They feel mesmerized by the spectacular growth of optimists, yet feel uncertain whether they should ally themselves with optimists geopolitically. Many traditional American allies in East and Southeast Asia fear that sometime in the future they might have to choose either the United States or China.

They are mostly located in the vicinity of downtrodden and this fuels their insecurities and vulnerabilities. They do not have the luxury of erecting defensive shields between themselves and the downtrodden. The developments since the outbreak of the Arab Spring have undoubtedly demonstrated this.

They are not as pessimist as traditional Western powers because they think that the emerging world order will help create more space for them. They share the optimism of many East and Southeast Asian countries that a new world is taking place and they all deserve their seats under the sun. They all want to develop strong economies and their appetite for development seems to be insatiable.

Similar to many optimists, many uncertains appear to have strong realpolitik inclinations and sovereignty-oriented predispositions in foreign policy. Yet, their structural and long-term cooperation with Western powers appears to have tamed their revisionist tendencies profoundly. They are more evolutionary than revolutionary in global politics and they still crave recognition by the West.

The ongoing globalization process will ensure that the boundaries among these groupings will not be as solid as they appear in abstract conceptual discussions. Putting countries into specific groupings help us understand the complexities of changing global order much better, yet this academic exercise should never lead us to conclude that we all live in different "worlds," somehow apart from each other.