The Grindel affair: Fall of a football president 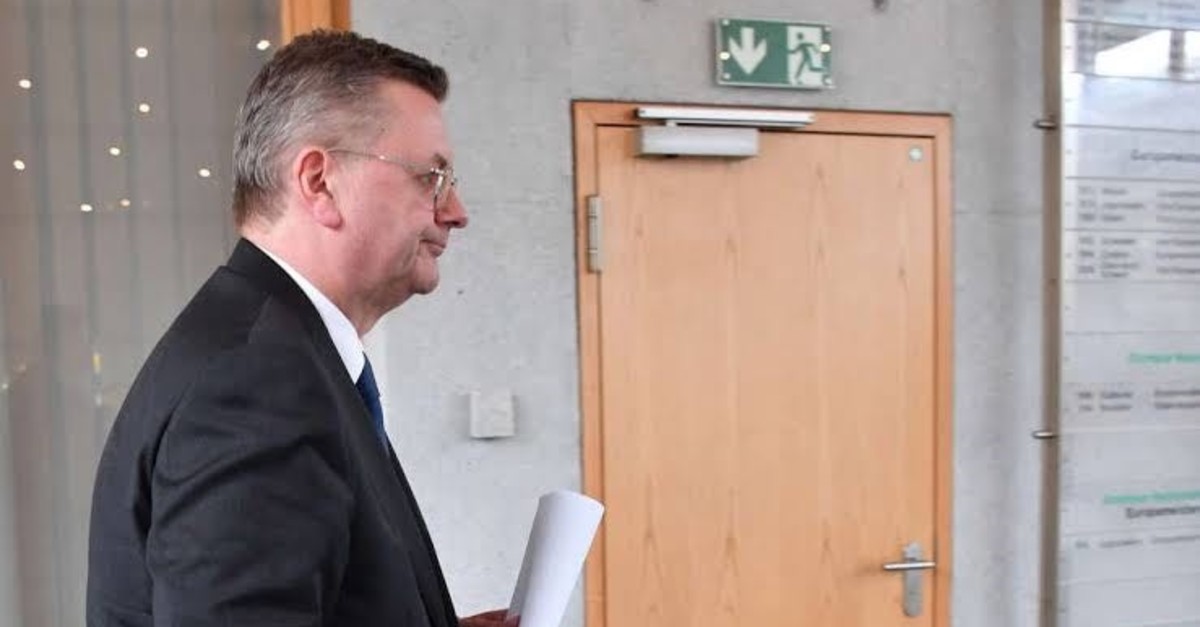 Former ZDF journalist Reinhard Grindel was elected as the new president of the German Football Association (DFB) on April 15, 2016, at an extraordinary DFB-Bundestag, the highest body of the association. With the support of 255 delegates, the former treasurer became a new strongman at the head of the largest sports federation in the world.

The new election had become necessary because former President Wolfgang Niersbach was forced to resign from the DFB amid allegations of vote rigging for the 2006 World Cup as well as a payment to world soccer's governing body FIFA that triggered a separate investigation.

After his election, Grindel announced greater transparency. In his inaugural address, he said, "We need fair play and we need integrity." He added, "The new DFB will have a bright future if we manage to unite everything: Sporting achievements, outward appearance, but also inner values."

Shortly before the World Cup in Russia started, the DFB extended the contract of national coach Joachim Löw until 2022 completely without ado. Löw's contract was valid until 2020 in any case. Grindel wanted to provide a successful World Cup along with the possible interest of a big club.

But it didn't happen. After a disastrous preliminary round in Russia, the dismissal of Löw would have become more expensive for the DFB. Grindel would also have had to admit a mistake. Therefore, Grindel and the DFB were tied to Löw, and so the national coach continues in his post.

When the photo affair of Mesut Özil and İlkay Gündoğan with President Recep Tayyip Erdoğan was its height, Grindel missed the opportunity of taking a clear stand on the issue and protecting two valued national players from racist hostility.

In an interview with the German sports magazine Kicker, Grindel said that Özil must explain himself after the World Cup, "When he returns from vacation."

Grindel was then criticized for his poor crisis management. He was had also criticized by Özil: "In the eyes of Grindel and his supporters, I'm German if we win, but a migrant if we lose," Özil wrote in his resignation statement on Twitter.

Grindel himself later admitted his mistakes. He should have said, "Unequivocally, what is natural for me as a person and for all of us as an association: Any form of racist hostility is unbearable."

With 12 to four votes Germany received the bid to host the European Championship in 2024. In the decision of the Executive Committee of the UEFA in Nyon, the DFB prevailed against the only competitor, Turkey. It was Grindel's greatest success as DFB president. Had Germany lost against Turkey, Grindel might have lost his post at the time.

Before the voting, Germany's candidacy was overshadowed by allegations of racism and corruption. "The campaign to eliminate racism, discrimination and intolerance from football has become a major priority for UEFA in recent years and the European body makes full use of its high-profile platforms to send out a key and unequivocal message: No to Racism," stated UEFA.

According to various media reports, the DFB under Grindel could have endangered the charitable status of the association for years because of the financing of pleasure travel by its officials and grants for private parties. Between 2013 and 2016 Grindel was treasurer of the DFB. Some of the incidents happened during this period. For a presidium meeting in Brazil during World Cup 2014, for example, the DFB spent 370,848 euros ($417,000). Since then the association has enforced a strict austerity policy. Some employees were annoyed that the nonprofit status of the association was endangered by high-level officials, but massively reduced hotel and travel costs for ordinary employees.

Other than this, Grindel was also criticized internally for his sometimes-rabid leadership style.

Other allegations also emerged. Between July 2016 and July 2017, Grindel received a secret income of 78,000 euros for his job as Chairman of the Supervisory Board of the publicly known DFB Media Management Company – for two meetings a year. Money flowed even when Grindel was in the FIFA Council and the Executive Committee of UEFA and received 500,000 euros a year. During his inaugural speech, Grindel always insisted on transparency. At UEFA he even headed the Compliance Commission.

At the beginning of the week, it was reported that in 2017 Grindel received a luxury watch from former Ukrainian Federation boss Grigori Surkis.

Grindel confirmed this in his resignation and estimated the value of the watch to be around 6,000 euros. His letter of resignation states: "I apologize for having confirmed prejudice against full-time or voluntary football players through my lack of exemplary action in connection with the acceptance of a watch." However, he rejected a conflict of interest. "I am deeply shaken that I have to give up my job as DFB president because of such an occurrence."

For 114 years no DFB boss has been in charge for a shorter time than Grindel. A successor will now be sought by September.