After Christchurch: Implications for Australian Muslims 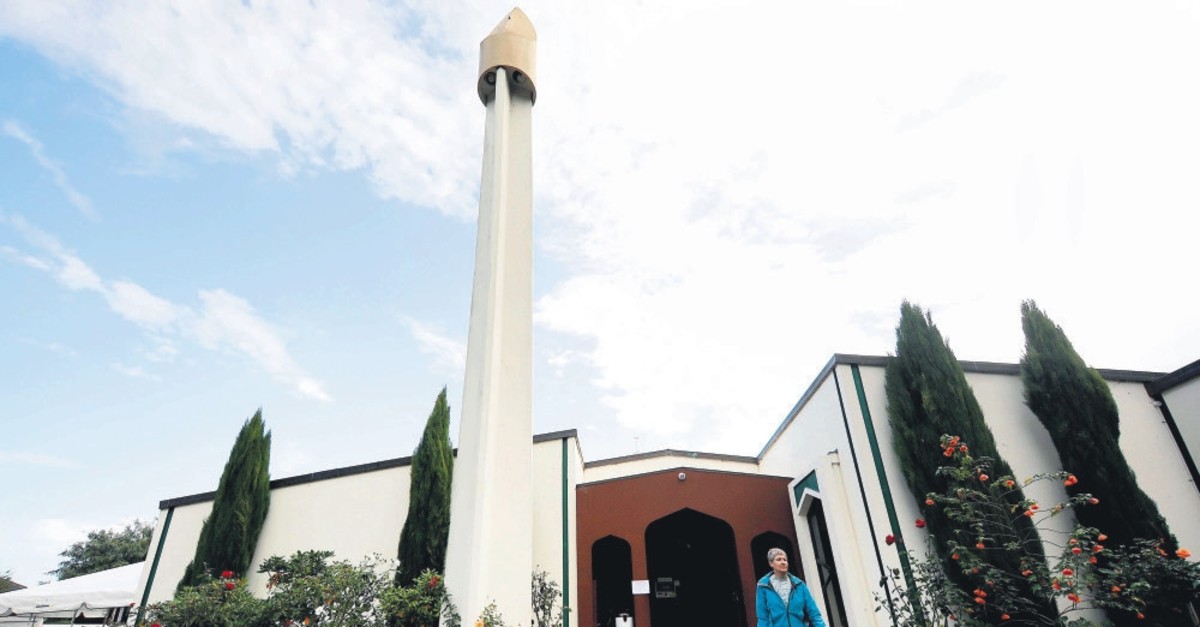 A visitor leaves the Al Noor mosque, one of the mosques where some 51 people were killed by a white supremacist gunman during Friday prayers in Christchurch, New Zealand, April 5, 2019.
by Osman Softiç Apr 11, 2019 12:07 am

The massacre of 50 Muslims in New Zealand and the wounding of numerous others, including women and children, by the Australian born and bred terrorist and white supremacist Brandon Tarrant, shocked the entire world last month.

Innocent worshipers were murdered in cold blood when they were most vulnerable and defenseless – when they were about to offer their obligatory weekly prayers.

Incidentally, this terrorist attack was committed in one of the most peaceful, tranquil, politically pacifist and peace-loving nations – New Zealand, in Australia's neighborhood.

While we are all overwhelmed with pain and grief as a result of this evil attack, we cannot but pose the question as to why the perpetrator of this vicious murder chose Christchurch specifically for the scene for his bloodthirsty terror. The obvious answer that comes to mind is its very name as if the terrorist wanted to make his bloodletting of innocent humans seen as a "Christian" duty against "infidel Muslims."

It is also mind-boggling that the terrorist, whose name New Zealand's courageous Prime Minister Jacinda Ardern refused to mention in her remarkable speech in parliament, thus denying him much desired notoriety and fame, clearly demonstrated his deep-seated hatred of Islam and Muslims. He drove himself to the crime scene while playing and recording songs glorifying medieval historical events, involving wars between Muslims and Christians.

He appeared to have been playing a wartime song praising notorious convicted war criminal Radovan Karadzic, a Bosnian Serb wartime political leader who masterminded the armed rebellion against the democratically elected Bosnian government in Sarajevo, and in the process committed some of the most heinous crimes against humanity recorded in the 20th century after Hitler's crimes against the Jews, culminating in genocide against more than 8,000 men and boys in Srebrenica in eastern Bosnia.

The thread connecting global followers of the anti-Islam white supremacist ideology is clearly noticeable. Hatred of Islam and Muslims was the key motivating factor that pushed this Australian terrorist over the edge and led him to commit this despicable terrorist murders.

While we ought to allow families of fallen victims enough time to grieve and mourn their loved ones, and we ought to acknowledge that this process was courageously led in a truly statesmanlike manner by Jacinda Ardern, for which we commend her, there are some urgent questions we need to ask our political leaders and influential figures in the media and political realms, as we sincerely believe this horrendous terrorist attack could not have happened in a vacuum out of nowhere.

As much as Australian terrorist Tarrant was very evil, he was not deranged. His terrorist act of mass murder has profound political, ideological and psychological roots.

To understand the context, let us keep in mind that the Western countries that took upon themselves to lead the Anglo-American world have been at war killing and uprooting millions of Muslims with impunity over the past 30 years. The Western public needed to be conditioned for these imperial destructive military campaigns to internalize the logic of the ensuing conflicts and wars of aggression that took place. Leading Western right-wing media pundits and political ideologues clearly and deliberately identified Muslims as "global terror threats," thus making Muslims the targets of a "war against terror."

'The threat' on alert

We have been pointing out for years and years consistently that Islamophobia is an ongoing mass phenomenon. In comparison, Islamophobia far exceeds other hate crimes throughout the West, and as it has been quite rightly pointed out recently by The Guardian's columnist Mark Freelander, Islamophobia somewhat permeates cultural and political institutions in the West, including in Australia. Western political leaders have imposed harsh, discriminatory and extremely restrictive immigration policies and a complete ban on Muslim immigrants in some places.

Furthermore, in recent years, encouraged by U.S. President Donald Trump's victory in the U.S., violent fascist and white supremacy thugs seem to have been tolerated by some Western governments and have been allowed to freely propagate violent anti-Muslim hatred. To make the situation more worrying, many anti-Muslim massacres were also announced in advance on social media, thus reaching millions of followers in cyberspace.

Hundreds of millions of dollars of taxpayers' money is being spent as we speak on various counterterrorism measures and equally so on countering violent extremist strategies to thwart terrorist attacks before it becomes too late. The New Zealand tragedy clearly shows that those resources and strategies have been grossly misdirected and wrongly targeted. They were directed at Muslims rather than on the real terrorism danger that stems from extreme white supremacism and fascism, a much more serious danger due to the vulnerability of minority groups such as migrants and Muslims in particular.This strategy ought to change, and resources must be diverted to where they are needed most, to focus on the real source of terrorism and also to protect the most vulnerable communities.

It is plainly obvious that our Australian law enforcement and intelligence gathering agencies and their activities have for too long been focused on the wrong targets, including Muslims – demonstrably loyal Australian and law-abiding citizens – while failing to include self-professed anti-Islam advocates and Islamophobic Muslim haters. Had this not been the case, maybe those 50 innocent people would be alive today.

It appears that New Zealand's relevant authorities did not keep files and surveillance on the terrorist Tarrant even though he openly displayed a violent white-supremacist ideology. He appears to have planned the attack months in advance, yet he was not on any watch list.

It is also strange that our governments keep files on environmentalist protesters and anti-war activists but not on anti-Muslim supremacists and Islamophobes who openly threaten war against "invading" Muslim immigrants who are displaced from their ancestral homes in Syria, Iraq, Afghanistan or elsewhere by U.S.-led Western wars, in which Australia readily participates under whatever pretext it may choose as justification in the Middle East.

Furthermore, ideological and political progenitors of white supremacist Muslim haters cautiously "wearing gloves," while disguising their supremacist right-wing ideologies as "free speech" and "right to be white" while advocating Nazi-like experiments to be imposed on Australian aboriginal owners of this great land, are given free media space to articulate their evil ideologies and enhance their racist platforms, making them more sophisticated in the process of its "mainstreamization," while mainstream media enables them to recruit followers among the Australian population.

As much as we truly appreciate the outpouring of sincere feelings of support and sympathy by an overwhelming majority of Australians and that of our political leaders, who, at least in this case, exercised honorable attitudes, save some right-wing lunatics who do not deserve to be in our parliament, tears and words of consolation alone will not cause the murder of Muslims to halt, I am afraid.

A more sophisticated and better-targeted educational approach to counter Islamophobia is needed. But, educational strategies alone may not be able to attain true success unless effective and sincere state action is exercised and directed against the real terrorist threats that are being nurtured in our midst under the guise of free speech and in our political parties, whose right-wing ideologues are provided oxygen and are even supported by taxpayer dollars.

We need to see true introspection from our political leaders and we must work together to clearly identify real terrorist risks and the dangers posed by white supremacists and their ideological backers, some of whom are sitting in our parliaments.

Unless we question their right to be in our parliaments, massacres at mosques and crimes against individual Muslims will not cease. Equally, Islamophobia will not stop unless Western countries stop invading, occupying and uprooting Islamic countries, people and cultures, forcing their inhabitants to flee for safety to the West.

* Political analyst based in Bosnia-Herzegovina, holds an M.A. in international relations from the University of New South Wales