US sanctions and the future of Iran's oil exports 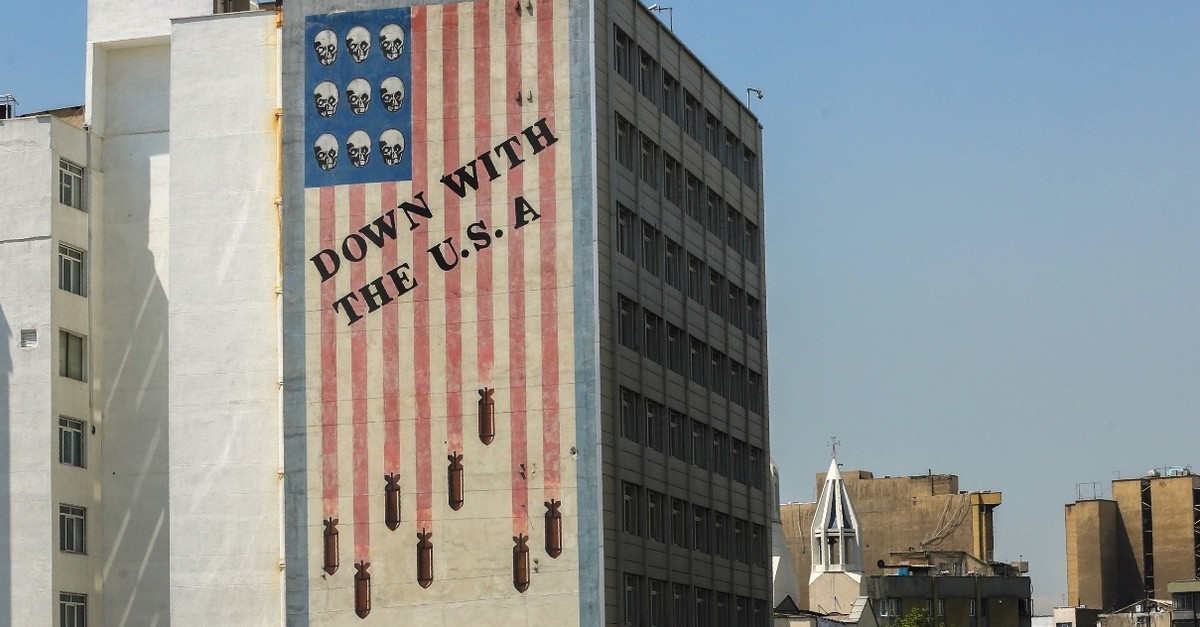 With the U.S. decision not to extend its waiver to major Iran oil buyers, it is likely that Iran's biggest customers, mainly China and India, will look to Saudi Arabia

Energy always plays an important role in U.S. foreign policy. Some analysts believe if the Donald Trump administration is serious about shaking up U.S. foreign policy, increasing U.S. energy security would be a wise first step. By following a policy of energy security at home and in the American hemisphere, the Trump administration can increase power for itself abroad. One of the Trump administration's goals from renewed sanctions on the Iranian energy sector is to have an opportunity to help the U.S. energy industry with the imposition of the right policy. Finding a new market for U.S. liquefied natural gas (LNG) and U.S. oil may be the aim of U.S. sanctions against Iran. The shale gas boom gives an opportunity for the U.S. to turn into one of the world's leading condensate exporters.

The White House has officially announced that the exemption of Iranian oil buyers will not be renewed. Starting May 2, Italy, Taiwan, Turkey, China, Japan, South Korea, India and Greece, like other countries, are not allowed to buy oil from Iran, otherwise they will face fines from the United States. U.S. Secretary of State Mike Pompeo attended a conference after a statement was issued, saying Saudi Arabia and the United Arab Emirates (UAE) have promised to compensate for the shortage of Iranian oil. Pompeo noted that Iran's oil revenues before the U.S. withdrawal was $50 billion annually.

Collapse of the nuclear deal

Iran's crude oil exports fell to 2.62 million barrels a day before the U.S. withdrew from the Iran nuclear deal also known as the Joint Comprehensive Plan of Action (JCPOA).

Most oil fields in Iran are in the second half of their production and their annual production capacity is falling by 8 percent annually. However, every effort to revive the production capacity of oilfields requires high technology and foreign investment. By April 2018, Iran was able to sign two contracts with foreign energy companies to improve and increase the production capacity of its oil and gas. One contract was signed with Total France while China National Petroleum Corporation (CNPC) signed for the development of the 11th phase of the South Pars field. With the beginning of U.S. oil sanctions in November 2018, Iran's oil sales have decreased significantly and will negatively affect the country's economic indicators and possibly the foreign exchange market depending on what policies the country embarks on in order to mitigate the effect of sanctions and, of course, the reaction of major buyers of Iranian oil, in particular, the European Union, China, India and Japan.

In 2018, according to Reuters, the U.S. exported 57 million barrels of crude and 4.6 million tons of LNG to South Korea. In March 2019, South Korea oil imports from the United States reached to 400,000 barrels per day (bpd), at present South Korea along with Canada and China, has become one of the major oil consumers of U.S. oil. According to Reuters, South Korean and Indian refineries are adapting to U.S. crude oil and are providing the necessary technical conditions for more oil imports from the U.S. and replacing Iranian oil.

Indian oil imports from Iran were expected to grow by 31 percent year-on-year, reaching 500,000 barrels per day in the fiscal year beginning April 1, 2018. Iran understands India's problems in dealing with an unpredictable energy market and will do everything it can to ensure the security of India's energy supply. India's relations with Iran are also complicated by the impasse over Indian investment into developing Iran's Farzad B gas field. India and the U.S. signed a 20-year agreement for importing LNG from the U.S. The U.S. also exports oil to India. Saudi Arabia is playing active energy diplomacy in the India energy market and will be able to export more oil to India. Iraq is also holding onto potential to export more oil to India. It seems that India in the medium term could supply more oil from reliable resources such as Saudi Arabia and Iraq.

Turkey has resumed imports of Iranian crude oil after a one-month hiatus in November when U.S. sanctions on Iran were re-imposed; the U.S. granted Turkey and other countries import waivers in early November 2018. After sanctions, Turkey imported about 60,000 barrels per day from Iran. Diversification of energy resources is a main pillar of Turkey's energy policy.

During the Barack Obama administration, Turkey's economy was affected by U.S. sanctions and Turkey's exports to Iran decreased. Trade volume was not in favor of Turkey. Turkey is the only major foreign gas supplier in Iran. If negotiations to extend Iran's gas export contract to Turkey in the coming years do not come to an end, Iran should pursue an alternative market for its gas in Turkey. An increase in the export of Iraqi and Russian oil to Turkey and a boycott by the United States against the Iranian oil industry will make it harder for Iran to be present in the Turkish oil basket.

Iran, without solving its problem with the West over human right issues and missile tests, will not be able to attract foreign energy firms and financial capabilities. Without foreign investment Iran will be not be able to produce more oil and gas to export to neighbors such as Turkey and the world energy market. Without active energy diplomacy and regional foreign policy, it will be possible for Iran to lose its share and role in regional energy markets such as Turkey.

The main goal of the Trump administration to withdraw from the JCPOA and the re-imposition of sanctions against Iranian energy exports is to drop oil exports to zero. Energy exports are a major source for Iranian revenue and Iran's oil exports dropping to zero or decreasing dramatically due to the U.S.' current decision to not reissue waivers for Iran oil imports had a very negative effect on the Iranian economy, especially on the middle class and the poor. The Iranian people will be more affected by the U.S. decision. The U.S. did not extend its waiver to major Iran oil buyers and it is likely that Iran's biggest customers, mainly China and India, will look to Saudi Arabia.

The major factor governing the world oil market is supply and demand. After the U.S. decision to not reissue waivers for Iranian oil imports it may see oil prices increase. But last week, the U.S. played active energy diplomacy with Saudi Arabia and the UAE to produce more oil to overcome oil shortages. If the Organization of Petroleum Exporting Countries (OPEC) and non-OPEC members produce more oil by next month, it is expected we will see a balance in the oil market and oil prices will reach reasonable prices.

After the U.S. did not extend its waiver, Iranian officials from the Islamic Revolutionary Guard Corps (IRGC) threatened to close the Strait of Hormuz. The U.S. did not welcome this threat. A senior U.S. official who spoke on the condition of anonymity told reporters in Washington on April 22 that any move by Iran to close the strategic Strait of Hormuz in response to the United States ending waivers for purchases of Iranian oil would be unjustified and unacceptable.