NATO's image in the eyes of Turkey 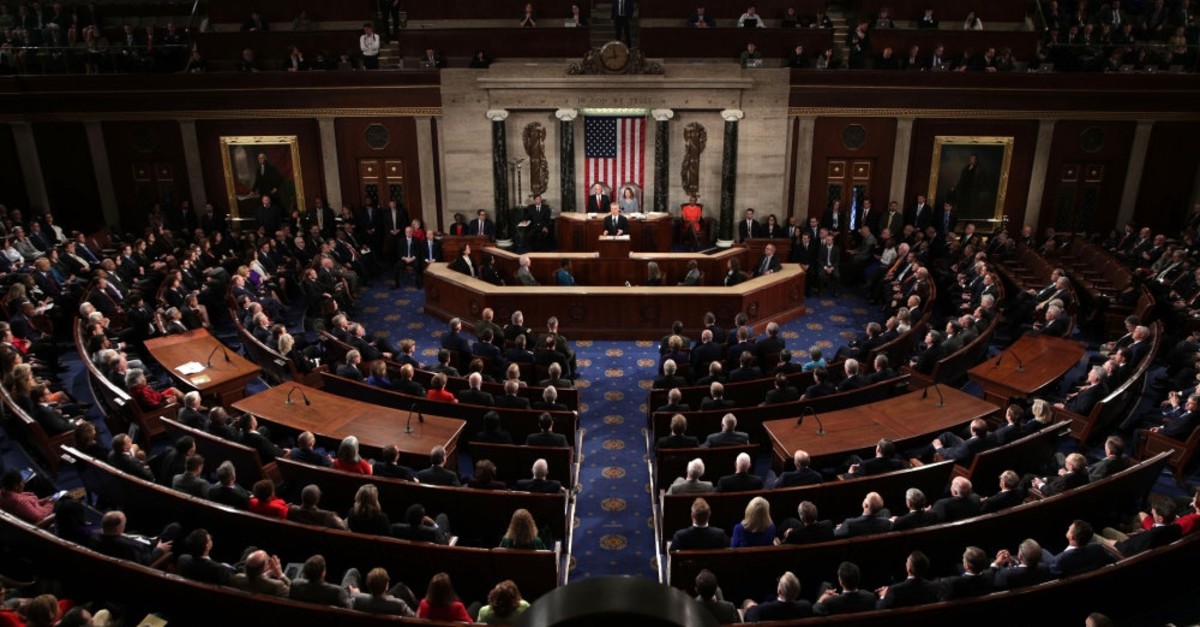 Turkey has been one of the most important members of NATO since its accession to the Alliance in 1952. Having defined its foreign, defense and security policies for many years on the basis of NATO membership, Turkey began to adopt a more questioning and critical perspective toward the Alliance with the end of the Cold War. Although NATO continues to maintain its importance in Turkish foreign and security policy thinking, it would be wrong to suggest that this is at the same level as it was during the Cold War era.

Even though elite groups maintain their commitment to NATO, there is a rising skepticism toward the West in general. Turkey has been becoming relatively estranged from the West over the last decade. The degree of divergence between Turkey's foreign and security policies and those of the Western world has been on the rise.

After World War II ended, Turkey wanted to join NATO mainly from a security perspective. Not possessing the means to cope with the threats stemming from the Soviet Union on its own, Turkey wanted to secure Western help by joining NATO. From the very beginning, NATO ha

s been primarily a collective defense organization for Turkey. On the other hand, the American strategists assumed that the task of fulfilling NATO's containment and deterrence strategies vis-à-vis the Soviet Union would be much easier if Turkey joined the alliance and prevented the Soviet penetration into the Eastern Mediterranean and Middle Eastern regions.

Another factor that pushed Turkey to seek membership in NATO was that this would constitute an important milestone in Turkey's decades-old Westernization/Europeanization/modernization process. Thanks to NATO membership, Turkey could argue for many years that it has been a Western/European state. Com

pared to other western international organizations, it has always proved to be much easier for Turkey to help legitimize its Western/European identity through NATO, for the alliance has mainly been a collective defense organization and valued Turkey's geographical location and military capabilities more than its internal characteristics.

Despite the Cuban missile crisis in 1962, the Johnson Letter crisis in 1964, the arms embargo crisis in 1975, and the anti-U.S. sentiments running high in the country from time to time, NATO preserved its privileged position in Turkey's security thinking during much of the Cold War period. The most distinctive characteristic of Turkey's approach toward the alliance during this period was that Turkish elites interpreted the risks of being abandoned by NATO as much more important than the risks of being entrapped by some alliance policies.

The end of the Cold War

After the Cold War ended, Turkey's attitude toward NATO began to change. The last two decades have seen that compared to its neighbors Turkey's hard and soft power capabilities have tremendously improved. Simultaneously, Turkey has begun to play more active foreign policy roles. The international system has also gained a multipolar character, with the strict limitations of the Cold War era coming to an end. Such factors have gradually rendered the one-dimensional and NATO-centric definition of Turkey's foreign and security policies obsolete. While the end of the Cold War reduced the threats stemming from the Soviet Union and positively affected Turkish-Russian relations, developments in the Middle East, the Balkans and the Caucasus have started to become more important in the context of Turkey's security. As Turkey's maneuvering capability has increased and its capacity to help shape regional developments has become stronger, it has gradually become a necessity that Turkey adopt different methods and tools in its foreign policy.

During the reign of successive Justice and Development Party (AK Party) governments Turkey has been taking great pains to improve its relations with neighboring countries, particularly Russia and Iran, and create zones of peace and stability in its environment. Had Turkey continued to follow a primarily NATO-oriented foreign and security policy it would have most likely failed to achieve its goals. At a time of growing strategic confrontation between the West on the one hand and Russia and Iran on the other, Ankara does not seem to feel constrained by its NATO membership in its dealings with Moscow and Tehran.

The identity-based considerations that had been very much instrumental in shaping Turkey's attitude toward NATO during the Cold War years have also begun to change with the advent of the 1990s. The common attitude adopted by all governments over the last two decades is that Turkey's national identity cannot be defined only in reference to the Western world. This trend has gained further momentum over the last decade as successive AK Party governments have defined Turkey as a central country inheriting the legacy of the Ottoman Empire. Turkish rulers have increasingly adopted a Turkey-centric worldview in defining national interests and policies.

As part of its new national identity and foreign policy thinking, Turkey has been playing a more possessive and shaping role in NATO's transformation process whereby Turkey wants to become the subject and owner of the alliance, rather than being a mere item on NATO's transformation agenda. Turkey wants to ensure that NATO's policies do not put Turkey's relations with its neighbors and its positive image in the Islamic world in jeopardy. Turkey's Achilles' heel during NATO's transformation process has been to feel sandwiched between its traditional partners within NATO and its neighbors to the east, south and north. For example, in line with its questioning and critical stance throughout NATO's transformation process, Turkey has taken great pains to walk a fine line between NATO and Russia. Turkey's balancing role in this regard has recently become more difficult than ever as Washington shows fierce opposition to Ankara's plans to buy the S-400 missiles from Moscow to improve its air defense capability.

In Turkish eyes, NATO's enlargement closer to Russia and its efforts to increase its military presence in the Black Sea should not lead the Russians to feel besieged. Otherwise, this might push Russia to pursue more nationalist and expansionist policies. This might, in turn, result in Turkish-Russian relations being defined on the basis of rivalry and hostility. Similar to other European allies, particularly Germany and France, Turkey holds the view that Russia's concerns should be

been given more priority while elaborating NATO's policies on enlargement, military deployments in Eastern Europe and the missile defense system. Despite the fact that Turkey has given its support to NATO's latest efforts to bolster its reassurance and deterrence initiatives and capabilities in Eastern Europe following Russian assertiveness in Ukraine, it would not be wrong to assert that Turkey has taken an utmost care to adopt a balanced and prudent approach in this regard.

Another characteristic of Turkey's changing attitude toward NATO is that despite having adopted a critical and questioning stance during NATO's transformation process Turkey has paid utmost care not to veto any particular decision all other allies agreed on. The best example of this attitude took place on the occasion of NATO's military operation in Libya. Turkey initially opposed NATO's intervention in Libya. Turkey was extremely sensitive on the possibility of this NATO operation causing severe human losses in Libya and negatively affecting Turkey's image across the Islamic world. However, once the allies sorted out their disagreements and decided that NATO should take over operational responsibility, Turkey became a part of this consensus. However, Turkey played an important role in setting the limits and operational mandate of the operation to be carried out in Libya.

Turkey also wants to play an active role in NATO's efforts to reach out to the Middle East, Eastern Mediterranean and Persian Gulf regions. Turkey actively supported NATO's Mediterranean Dialogue and the Istanbul Cooperation Initiatives (ICI). Turkey lent its support to NATO's efforts to develop lasting security cooperation with the countries in those regions and to project its values.

Turkey's new attitude toward NATO is now increasingly informed by more interest-based calculations than identity-related considerations. The risks of being entrapped by NATO's policies rather than the risks of being abandoned by the alliance seem to matter more to Turkish decision-makers. As Turkey's dependency on NATO in terms of security and identity decreased, Turkey has adopted a more questioning attitude toward the alliance.

Although Turkey's dependence on NATO is decreasing and the alliance is losing its erstwhile privileged position in Turkish eyes, Turkey still attaches importance to NATO. The growing specter of territorial disintegration in Iraq and Syria, the transformation of the Middle East into an ungovernable anarchic environment in a Hobbesian fashion following the U.S. military withdrawal and the new dynamics of the Kurdish movement across the region seem to have all added up to Turkey's feelings of insecurity. Membership in NATO still matters given that the ongoing internal war in Syria carries the risk of putting Turkey's territorial security in jeopardy.

Membership in NATO is still the most important evidence of Turkey's place in the Western international community. Withdrawing from NATO or adopting an obstructionist attitude within the alliance might bring into existence serious suspicions on Turkey's foreign policy intentions and interests. This situation will affect Turkey's relations with Western actors negatively. NATO is still important for Turkey, yet Turkey's changing identity and interests will continue to lead Turkish decision-makers to adopt more questioning and critical attitudes toward the alliance in the years to come.

* Professor in the Department of Political Science and International Relations, Antalya Bilim University