The thorny path to Syrian reconstruction 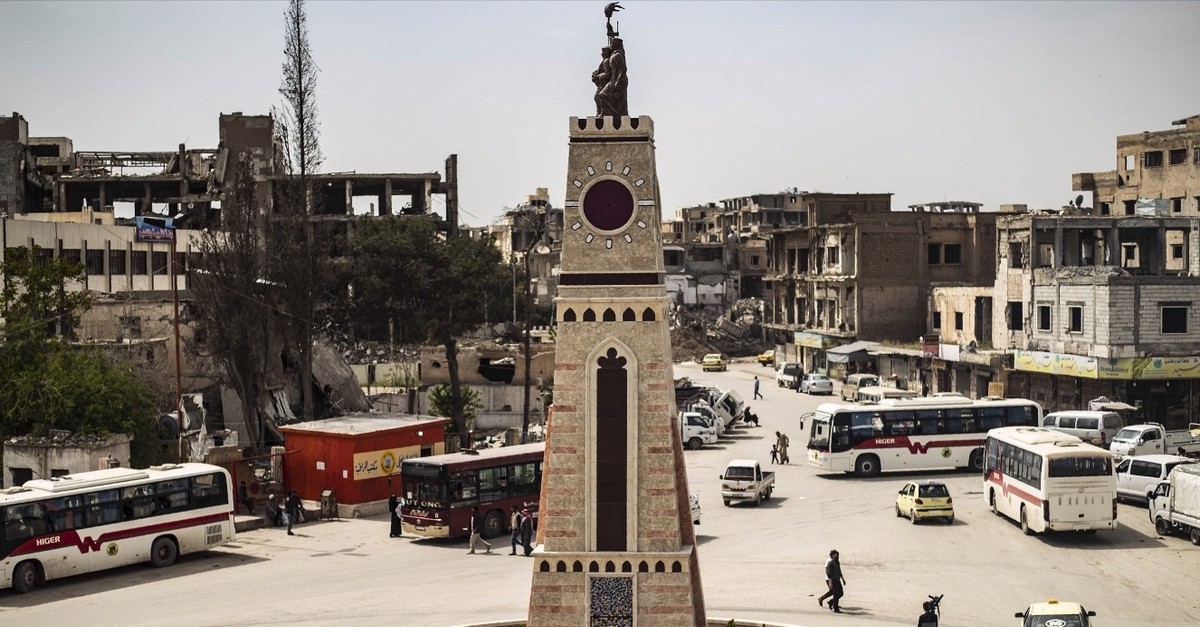 The Syrian reconstruction is a painstaking process, requiring advance planning and huge investments; therefore, it will not be easy to accomplish

Reconstruction in postwar Syria is a matter high on international agenda, generating both enthusiastic support and an open discontent. The country's future will depend on the results it accomplishes, though opinions differ how this new Syria should look like. In one, the opinions are unanimous: Syrian reconstruction is the means to save its people from famine in the war-ravaged country and should prompt a start to mass repatriation of the Syrian refugees.

Many of those displaced want to return to rebuild their homeland and live a happy life there. However, for this to happen, proper conditions need to be created, such as availability of housing and job opportunities, functioning of public services like education and health care, not to mention an established public order and amicable reconciliation effort. Finally, to return, they need to be sure about their personal safety which implies cooling down of local conflicts, immunity from political repression, as well as clearing the mines and other explosive hazards.

The matters of reconstruction are high on the agenda of the Astana process for peace in Syria. The 12th round of talks took place last week in Nur-Sultan, Kazakhstan with the participation of the three guarantors, Turkey, Russia and Iran, as well as delegations from Jordan and representatives of the Syrian government and the opposition. The special representative of the U.N. secretary-general, Geir Pedersen and experts from the office of U.N. High Commissioner for Refugees and the International Red Cross Society also participated in the meeting.

The agenda of the process

Any reconstruction is a painstaking process, requiring advance planning and huge investments. The estimates vary how much the Syrian reconstruction would require. According to the former U.N. special envoy to Syria, Staffan de Mistura the cost of reconstruction could range up to $250 billion, while the Syrian government puts the amount close to $400 billion. Either way, the cost is too high for the Syrian government to finance on its own without external support and the Western community is reluctant to allocate the funds before the conflict political resolution is accomplished.

Syria's reconstruction is hardly a priority for the U.N. that rather concentrates the effort on a political settlement. The U.S. as well considers the current situation in Syria far from favorable for the reconstruction to start and the refugees to return while actively promoting its position at the international level. As for the EU, it's openly reluctant to help rebuild Syria, until assurance is given that democratic elections will be held.

Turkey and Russia, supported by countries like Lebanon and Jordan, maintain a different position that repatriation to the liberated regions has already begun without waiting for the reconstruction to start, that it gains momentum and prompts the international actors to contribute an effort to rebuilding Syria. Syria's devastation is huge and nearly half of its pre-conflict population of 22 million has been displaced.

No doubt, security is paramount to make the rehabilitation of Syria last. The ruling regime controls today more than half of the country and contributes an effort to the housing and communal infrastructure reconstruction in order to create suitable conditions for the refugees' return. Still, the repatriation process goes slowly due to the lack of trust to the promises it grants. Inertia is strong and memories of the regime's atrocities are fresh.

With Daesh gone, Idlib, which is currently under the control of Tahrir al-Sham (HTS), remains the last spot of tension. When meeting with President Recep Tayyip Erdoğan on April 8, Russian President Vladimir Putin had to admit in the course of their press conference that certain provisions of the September 2018 Sochi memorandum on stabilizing the situation in Idlib still remain, for objective reasons, unfulfilled and require further work.

Idlib is just another example of how a home stops being a cozy place to live and its residents become hostages to military hostilities. Green and quiet before the war, this agricultural province was home to some 2 million people but now additionally hosts nearly 2 million internally displaced persons (IDPs). The influx has turned Idlib into the most densely populated Syrian province and made it extremely vulnerable to military hostilities if the Assad regime attempts to take it by force.

The situation in Idlib was the focus of the Astana talks on April 25-26. Right before the talks, a high-ranking Russian delegation visited Syria on April 18-19 and discussed with Bashar Assad the "ensuring of the long-term political regulation" and "Syria's post-conflict reconstruction and normalization of its relations with the Arab countries," according to the Russian sources.

The situation in Syria is the constant focus of Turkey's attention, though direct high-level contacts remain frozen since 2012. Communications are handled at the lower level and through the proxy countries. In the wake of the current round of talks in Nur-Sultan, Iranian Foreign Minister Javad Zarif visited Turkey on April 17, after holding talks with Assad, in an attempt to speed up the Astana process. "I will present a report to President Erdoğan about this," said Zarif prior to his meeting with Turkey's president.

A center of agricultural production, Idlib is the breadbasket of Syria, where agriculture is traditionally the largest contributor to the gross domesticpProduct (GDP). Without control over Idlib, the country's well-being becomes problematic. Heavily affected by the war, Syria's agricultural industry has suffered substantial losses and currently grain import is a source for survival for its food producing sector. Imports of such food supplies as wheat, rice, sugar and tea are of high priority. The revival of the food industry will be a major element of the reconstruction process.

Ravaged by the eight years of war and the Western sanctions, Syria faces deep economic problems while shortages of fuel seriously constrict the economy. Besides the food sector, the focus of reconstruction would be the infrastructure-related industries, such as the metal and steel sector, production of electrical cables, towers, columns, transformers and circuit breakers, as well as miscellaneous construction materials.

Despite the devastation, the Syrian business community remains strong and powerful and would play a leading role in the reconstruction effort due to affiliation with Assad. As such, it would have the preferential access to investments and is best positioned to receive the tender awards for lucrative projects.

Trade relations with Iran and particularly Russia have been highly important for Syria through the war years. Interactions with Iran cover various fields including trade and investment, and production but are limited in scope since both countries are under sanctions.

In comparison with Iran, the Russia-Syria relations bear more prospects. Discussions in Damascus on April 18-19, according to Deputy Prime Minister Yury Borisov, were focused "particularly on energy, industry and trade increase."

According to him, Assad and Borisov also discussed the mechanisms to diminish the constraints "resulting from sanctions imposed on Syria by some countries." From the Russian side, the meeting was also attended by its envoy to Syria Alexander Lavrentiev, Deputy Foreign Minister Sergei Vershinin and several officials from the defense ministry.

While the U.S. and EU refuse to participate in Syria's rebuilding unless Assad is removed from office, the Arab states are considering readmitting Syria into the Arab League and have shown interest in investing into the country's reconstruction. In addition, certain EU countries are concerned with a potential new influx of refugees to the continent if stability in Syria is not achieved, and are thinking about softening their position.

At the same time, the U.S. continues to apply pressure on the Gulf states, in an attempt to stop them from restoring ties with Syria and investing in its rebuilding efforts. With the U.S. and EU unwilling to allocate the funds, the position of the Gulf States gains importance. It remains to be seen either they withstand the U.S. pressure, restore the ties with the Assad regime and invest in the country's reconstruction.

Other powerful actors, India and China, have both an interest and potential to engage in the upcoming reconstruction of Syria but are reluctant to allocate the funds unless the security guarantees are granted to ensure and protect their investments in Syria.

In its turn, Lebanon, as a party of immediate concern currently hosting more than 1.5 million refugees, supports a start of the reconstruction effort and speedy repatriation of the Syrians, according to its Foreign Minister Gebran Bassil.

Russia takes the U.S. refusal to engage in the Syrian infrastructure reconstruction for an "attempt to impede by force repatriation of Syrians," according to Foreign Minister Lavrov.

Still, as Russian Foreign Ministry spokesperson Maria Zakharova said on April 18, "despite the objective difficulties, repatriation of Syrians reveals stable and positive dynamics. More than one thousand persons daily arrive in Syria from abroad. Thus, more than 190 thousand people have come back to Syria from July 2018, while more than a million IDPs returned home as of September 2015."