The emergence and growth of Catalan nationalism 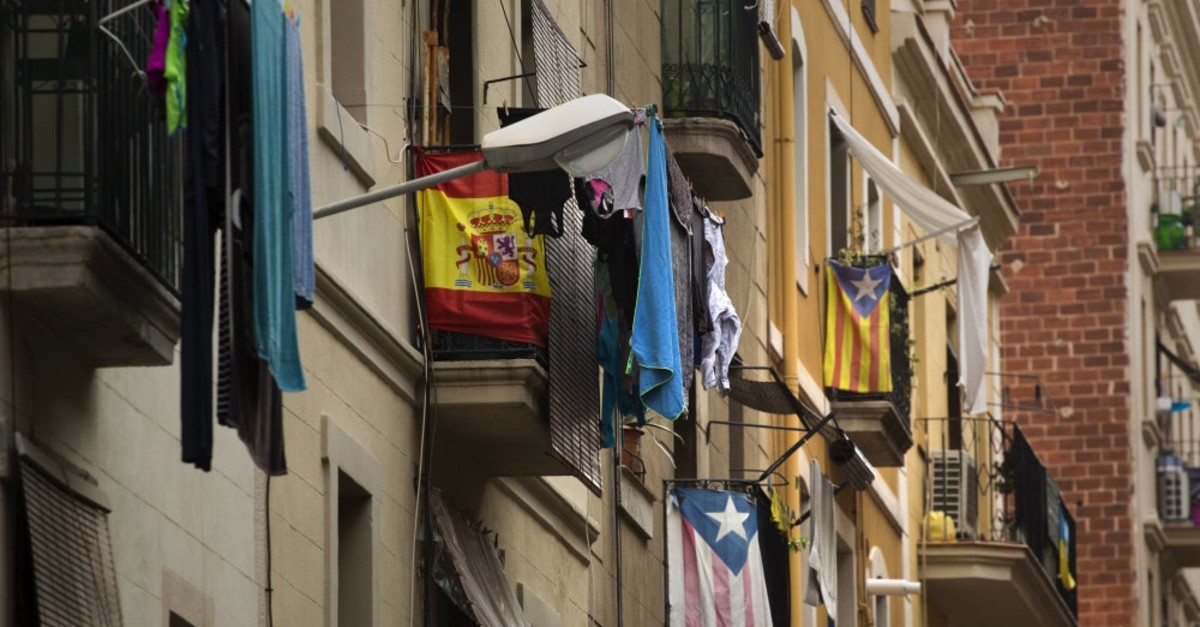 The European supra-identity has been losing its dominance in the face of drastically growing subnational identities. This caused cultural and linguistic differences to culminate in micro-nationalist and regionalist demands. In this regard, an economically strong autonomous Catalonia is not an exception. As a result, the tide of nationalism has hit the shores of Catalonia, which put the hopes for a peaceful resolution to the Catalan crisis in jeopardy. Catalonia was the first autonomous region that followed Spanish economic modernization in the 19th century. Its distinct linguistic and cultural features helped Catalonia undergo social modernization.

This socio-economic modernization of Catalonia pushed the Spanish government to abandon their "denial" policies towards the Catalan identity and to recognize the de-facto existence of it.

The Spanish authorities then implemented a policy focusing on the elites, with whom Madrid-based policymakers established bilateral relations with the top brass of the Catalan community. Through appointing watchdogs from within the Catalan community, the Spanish government was able to stagnate secessionist demands in the short term.

However, in the long run, the Spanish government failed to penetrate the core of Catalan society, and peripheral elites (ethnic Catalan pro-Spain elites) proved unsuccessful in their attempt at amalgamating Catalan and Spanish nationalism. These policy failures coupled with the crumbling of the greater Spanish in 1898 led to the emergence of demands for an independent Catalonia.

The initial Catalan hopes of forming an independent state came to an end with the outbreak of the Spanish Civil War in 1936. Following Franco's total victory, his first move was to eradicate Catalan nationalism as well as the Catalan identity. Franco's government implemented the latter through the projection of its nationalist ideology – known as Francismo – which advanced the notion of single national identity that exalted the superiority of Spanish culture and language.

Additionally, Franco committed a cultural massacre by prohibiting the use of the Catalan language and dismantling Catalan institutions in Barcelona. This period left numerous bitter memories within the Catalan society and provided the Catalans with a casus foederis for the revival of ancient hatreds in the future.

With the death of Franco, Spain entered a new, democratic political era. From 1978 onward, the Spanish transition to democracy coincided with the Europeanization process and Spain recognized the Catalans as a nation and granted them autonomous power. This allowed Catalans to form their own parliament and Catalan became the official language of the region. In 2006, Catalonia was acknowledged by the Spanish government in Madrid as a de-jure nation, which changed the rules of the game in Spain, in terms of three important developments.

Firstly, Catalans were now permitted to officially use their language, to open schools and universities with the Catalan language as the medium of instruction. This not only augmented the nationalistic sentiments within Catalonia but also helped form a new generation of citizens fully aware of their national identity. As the new generation started to rediscover the traces of Catalan distinctiveness automatically detached them from their Spanish neighbors. As a result of this detachment, the Catalan identity became more sophisticated and the practice of distinct traditions became widespread.

Secondly, successful economic modernization permitted Catalans to liberate their economy from dependence on Madrid. Currently, the Catalans run their own economy, manage their own fiscal system and collect tax within the region.

Thirdly, as their new de-jure status meant that they had their own legislative and judicial branches, Catalonia became more disunited from Spain. In other words, the liberalization of the three main branches (executive, legislative and judicial) from Madrid for the formation of an independent government, boosted Catalan nationalism in order to demand complete cessation from Spain.

This led to a slight transformation of inclusive and civic nature of Catalan nationalism into a more exclusivist kind, which enabled Catalan nationalist leaders to distort historical facts such as the promotion of an "ideal" Catalan figure that is hardworking and Catalans as a nation with morality. As a consequence, the old Catalan obsession of forming a "flawless" and "imagined" nation became the only political rhetoric in town.

Nevertheless, this is not one-sided. The negative attitude of Catalans towards Spanish people revived forgotten and ancient enmities and led to the emergence of a reactive Spanish nationalism, which apparently brought the social contract between the two communities to an end. Consequently, a parallel ultra-nationalist tendency can be observed amongst the Spanish people today. These groups, led by the far-right political party VOX, do not only uphold fascist movements to become more vigorous in mainstream Spanish politics but also affect the governing party responding to these groups' demands own by adjusting their rhetoric. Therefore, what we have today is Catalan nationalism, in fact, resurrecting old-fashioned Spanish nationalism, further broadening the gap between Catalan and Spanish society.

The future of the Catalan crisis must be examined from three perspectives – political, economic and international.

Politically, independence is not the desire of every Catalan and this leaves room for diplomacy to find a peaceful settlement. However, Spain continues its heavy-handed approach towards the Catalan question, which mitigates the possibility for Spain to preserve its legitimacy in the eyes of the inbetweeners (undecided Catalans regarding the independence question).

For instance, although the Catalan President Carles Puigdemont said on Oct. 10, 2017, he was ready for diplomatic talks with the central government, the Spanish government diminished any hopes for an amicable resolution by detaining some prominent Catalan political figures. Among them, was the Catalan Vice-President Oriol Junqueras, and politicians Jordi Sanchez and Jordi Cuixart. Moreover, Puigdemont himself was soon sent into exile in Belgium.

Economically, the demand for secession is too risky for Catalonia. The threat of being cut off from Spain due to possible Catalan independence is a major concern for big companies and banks, who have already started leaving Barcelona for Madrid, giving a glimpse of the economic pitfalls of independence.

Internationally, the EU engages in low-profile diplomacy regarding the Catalan issue, as they are concerned about the potential for a spillover effect throughout Europe. Therefore, they are reluctant to take a side in this crisis and are keen to maintain their distance from both parties involved in the crisis.

Consequently, the crisis in Catalonia has demonstrated that nationalism has once more overtaken the political spectrum and has become the significant ideology on the Iberian Peninsula. However, this is a lose-lose game for both sides.

In other words, the triumph or the failure of secessionist demands will most likely produce the same result, and the alienation of both communities will continue. Therefore, instead of reviving ancient hatreds both sides must keep focusing on reconciliatory methods and proceed with peaceful strategies to bring both communities back together.

* Op-Ed contributor, holds Master of Science in Conflict Studies and Nationalism from the London School of Economics (LSE)