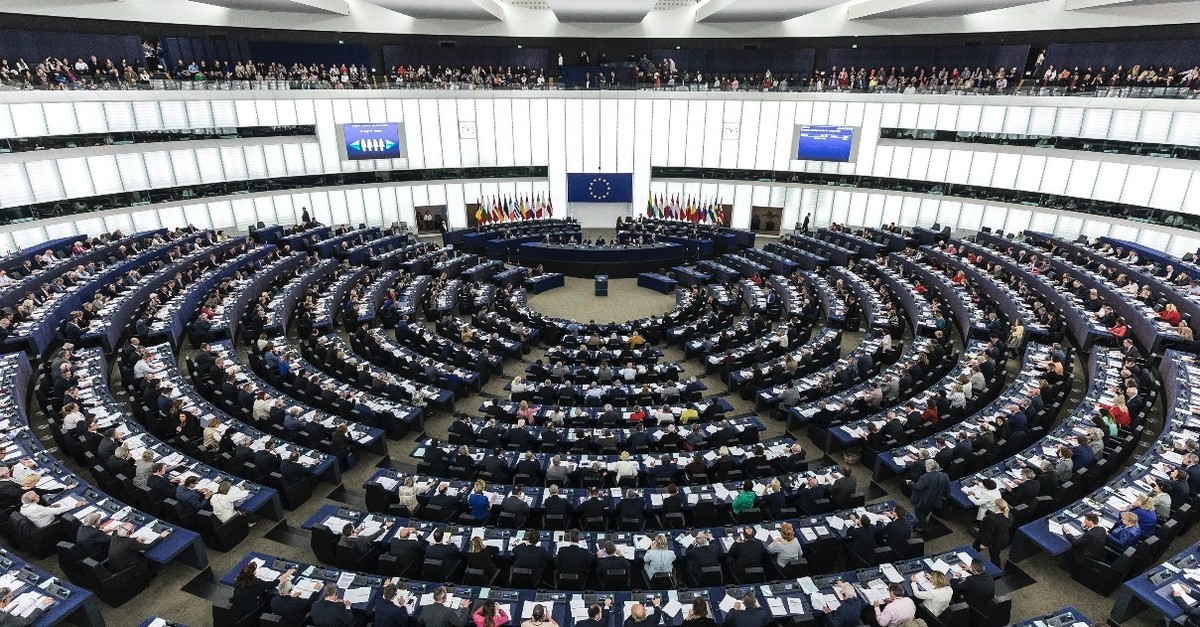 With a meager turnout of only 42.54 percent in 2014, one can hardly describe elections for the European Parliament as being dear to voters' hearts and minds. After all, in 1979 61.99 percent went to the ballot boxes in what was then a community of nine member states. Since then, however, turnout has steadily declined to its current shockingly low level.

One might feel tempted to describe this downward spiral as ranging from "not extremely relevant" to "almost completely irrelevant." Or does the European Parliament indeed matter, yet simply cannot explain its importance to the electorate?

As preparations are under way for this year's edition on May 23-26, with voting days chosen according to national customs and 751 seats on offer, it is a good time a closer look at what is at stake.

In its first few decades, the measurable impact and tangible output of European lawmakers was often negligible. Not before institutional and treaty reform did we arrive at today's situation where members of the European Parliament work according to a co-decision-making formula, each having a say on most of the key decisions. As the European Commission initiates and later on carries out European policies, and as the Council of Ministers assembles the by now 28 member states – still 28 as Brexit has still not happened – and wields huge power, it is actually the Parliament that duly represents the will of the European electorate in this triangle of influence sharing. There is still a lot of homework to be done to allow the Parliament to act as a full-fledged body comparable to national assemblies, but it is getting there, step by step, vote by vote.

Hence, neutral observers would expect huge interest from the European public. But somehow along the line since its inception 40 years ago, parliamentary affairs seem to have transformed into something reserved for experts only, a kind of leisurely political pursuit for those in the know.

In the past critics and cynics alike often referred to the European Parliament as a lame duck institution where the flavor of crisps and noise levels for lawnmowers were the hottest items to be debated and voted on. Granted, both issues could indeed to be found on a committee's agenda at one point in its history during the late 1980s. But then again, a national assembly might have discussed exactly the same subjects and talking about weekend or evening noise levels in general, your local town hall council will most definitely have had its very own views about the matter, spending hours debating about it. Now, the Parliament discusses foreign policies, votes for the next president of the European Commission and has expertise on international trade relations. It has grown in stature as it has become more important.

And one should not overlook the detail that European law supersedes national law; hence, arguing that what emanates from the Parliament's chambers is nothing or merely hot air, cannot be further from the truth.

But we still have not dismantled the growing disinterest among the electorate toward everything related to the European Parliament. Let us discuss three, perhaps risqué, hypotheses.

With members of the Parliament having their offices in Brussels, a secretariat general in Luxembourg and their plenary sessions mostly held in Strasbourg, ordinary members of the public might lose track and sight of where your parliamentarian actually works or travels on any given day. If we then consider that every parliamentarian represents a rather large constituency, it is no wonder that relations between voters and parliamentarians are by definition never as close as when compared with your local neighborhood councilor. Yet, one might say that in the age of 24/7 internet access, communicating with a politician far away is as easy as popping into your representatives' afternoon tea next door. Here, the first move in getting in touch must come from the side of elected office holders and their staff, including those working from a constituency office, regardless of how huge that entity might be. Getting elected is one thing, staying in touch with those you work for is apparently something else.

Despite serious funds earmarked for public relations campaigns, it appears that money is only spent in the run up to another election and not continuously during the five-year mandate.

Besides, only in the past decade or so did EU politics and decision-making become a fixture in history or politics classes at school.

What's more, seldom would we read about the work of "our" members of Parliament in the local or regional media. One notable exception occurs when parliamentarians invite members of their constituency to Parliament to experience firsthand how it works.

If Parliament cannot reach its electorate, then it should let more of the electorate reach their representatives on site.

Another assumption is that any Parliament can only operate as long as it truly reflects society and its diverse members. And a European Parliament, for that matter, and if it has any long-lasting validity, should aim at being a representative of Europe in the sense of promoting inclusion instead "singling out the other."

This brings us to the topic of Turkey's EU membership – setting aside the two technical and logistical shortcomings mentioned above for the moment. Europe may not lack diversity per se but without a proud nation of another faith becoming a proactive member, as was promised to Turkey for decades in a row, change seems unlikely to ever happen within the Parliament. And if change is not promoted from a supposedly transnational, multicultural institution, how can we expect our citizens to go for it? The European Parliament should be leading Turkey's EU accession, not putting up one roadblock after the other.

Because if a leading European institution such as the European Parliament pulls back the mental drawbridges and keeps Turkey and Turkish democracy out, people on the ground could be forgiven for thinking that xenophobia has become acceptable; why not do the same in our streets, schools and workplaces?

Could there be a link between rising Islamophobia in so many parts of Europe because the European Parliament has either deliberately or involuntarily forgotten to stem that tide from where it begins? Parliamentarians have become democratic role models not only on paper but in day-to-day reality.

Location, transparency and diversity: just three issues picked from a much longer list to make a point for the sake of clarity. On May 27, we will know whether the European electorate continues to be dissatisfied with the work of their parliamentarians or whether it actually wants the Parliament to take a much more proactive role. The former occurs should voter turnout continue to decline further; the latter if it increases by more than 10 percentage points.

In the past, academics often lamented the democratic deficit inherent in the European Parliament; with much more power and influence today, this is almost off the table. What remains on the table, however, is how to convince the European public about its legitimate role in promoting inclusion and diversity on all fronts – unless of course these topics are no longer in fashion among European lawmakers.