Pros and cons of Belt and Road Initiative, implications for Turkey 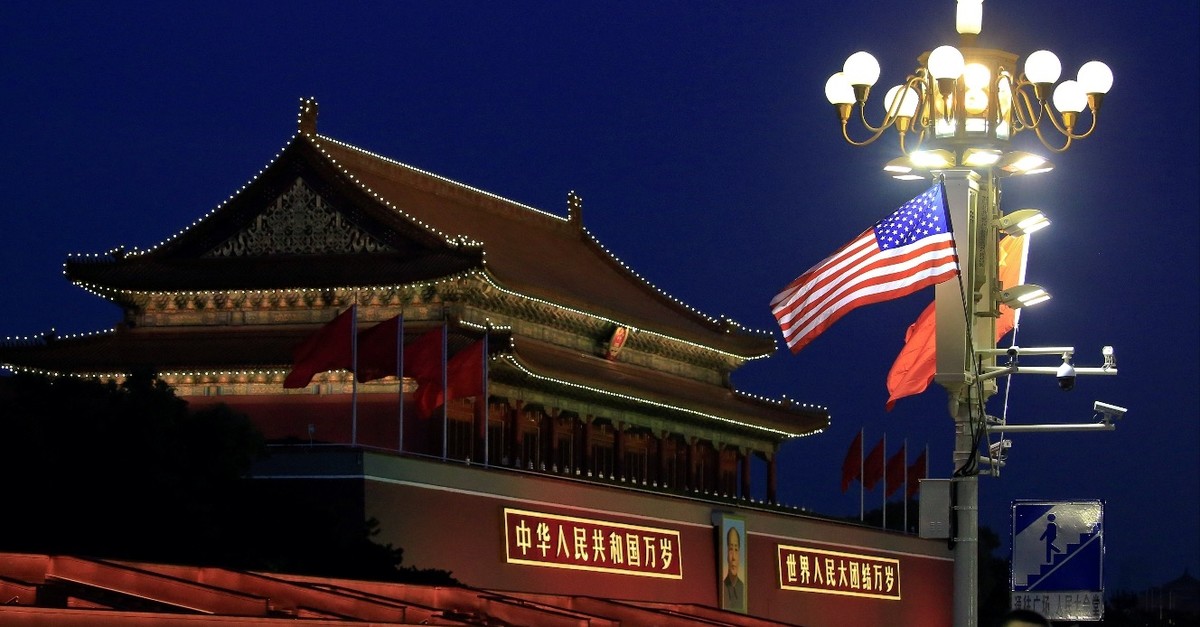 People walk under U.S. and Chinese flags at the Forbidden City during the visit by U.S. President Donald Trump in Beijing, China, November 8, 2017.
by Muhammet Ali Güler May 16, 2019 1:36 am

The Belt and Road Initiative (BRI), or as it is also known the "One Belt, One Road" project, was first announced by Chinese President Xi Jinping in 2013. China's need to make connections with the rest of the world through infrastructure, investment and trade was the driving force behind this transnational economic project. Despite some countries such as the United States speaking out against the BRI, China has mentioned that it welcomes the participation of any nation in this endeavor. It should be noted that if there is no hidden agenda, the BRI could play an important role between countries through economic and cultural exchanges.

The second branch is the New Maritime Silk Road which connects China to Europe through ports in Southeast Asia, the Gulf countries, and North Africa. It starts in Guangzhou, and goes through the Malacca Strait, then through ports in Bangladesh, Sri Lanka, Pakistan until Venice.

The BRI projects are estimated to cost between $1 trillion and $8 trillion. Naturally, the lion's share of the benefits would go to China, and not to the U.S. or the West, since it is the largest contributor in this giant project. Besides, China has plans to spend $1 trillion in the next coming years on top of $300 billion already having been invested. One such example is the over $60 billion spent by China in the China-Pakistan Economic Corridor.

China has continued investing in projects all over the world despite the many claims and criticisms that follow them wherever they go. These claims and criticisms are a result of the relations between China and countries such as Cambodia, Djibouti, Mongolia and Pakistan. There are some circles that claim these countries will be drowning in Chinese debt. However, countries, particularly poorer or smaller countries, should look out for alternative ways to find equilibrium in its relations with the bigger powers. As an example, it was only recently that Malaysia pushed for a visible discount of over 30 percent in the Chinese led East Coast Rail Link project.

Naturally, any country investing such a huge amount will be looking for political and economic clout. For example, the primary aim of the Marshall Plan was to rebuild the war-torn nations and to prevent the expansion of communism after World War II. From China's viewpoint, Chinese-led projects have already helped the country establish its own version of regional, if not global, direct or indirect alliances and blocs. However, China has rejected claims that include the debt trap accusations. As such, this year's second BRI forum was renamed to "Belt and Road Cooperation: Shaping a Brighter Shared Future."

Furthermore, in addition to making various investments around the world, China has pursued a successful policy to draw other countries around its orbit. In this regard, there are around 130 countries and 29 international organizations that have signed cooperation agreements with China to work under the framework of the BRI.

In this year's BRI forum, in addition to leaders from 37 countries, there were nearly 5,000 representatives from 90 international organizations spread over 150 countries in attendance. Italy, the first G7 country which signed an agreement with China for the BRI, participated in the forum at the prime ministerial level. Moreover, all ASEAN member states were present due to China, the main sponsor of the BRI, having invested billions of dollars throughout Asia. The trade volume between China and the participant countries amounts to over $6 trillion, thus no country would want to be out of China's economic reach.

Xi Jinping emphasized the importance of multilateralism, globalization and global governance while opposing protectionism. He signaled the start of new reforms and changes on several issues such as intellectual property protection, in addition to better and wider access to the Chinese market. Most importantly, he emphasized the role of the BRI by stating the project would lead to people-centric economic and social development throughout the BRI countries.

China has already begun upgrading itself to another level in regard to political and economic means through the BRI.

In order to finance infrastructure projects, Jinping proposed the creation of the Asian Infrastructure Investment Bank (AIIB) in 2013. It has a capital of $100 billion, with China being the largest stakeholder. Currently, it consists of 97 members, including 27 prospective members. The AIIB programs have crucial targets that include an increase in regional integration and the promotion of economic development. According to the AIIB's website, total global investment projects are worth nearly $8 billion. Turkey has a 2.52 percent voting power with $2.5 billion provided capital to the AIIB.

The Silk Road Fund is another initiative by China to continue its projects. In 2014, the initial amount for this fund was $40 billion. According to the official website of the Silk Road Forum, the capital for this fund are provided by the State Administration of Foreign exchange (65 percent), Export-Import Bank of China (15 percent), China Investment Corporation (15 percent) and China Development Banks. The fund has investment projects across the globe, and cooperation agreements with countries, such as France and Pakistan; and organizations such as the European Investment Bank.

The BRI may prove to be a potential advantage or disadvantage for Turkey. So, Turkey should follow a mutually beneficial policy.

It is well known that Turkey is situated at a unique geographical location, therefore it makes Turkey a bridge between three continents. In addition, Turkey's democratic system, openness and inclusiveness in terms of political, economic, social and cultural means make Turkey shine among other regional countries for the BRI.

China is growing politically and economically. So, Turkey should prioritize its policies on what it could gain from China.

China can be an alternate pole for the economic and technological transformation of Turkey. In addition, other Asian countries should be within the sphere of Turkey's trajectory in case of political disturbance between the two.

Considering the BRI as a beneficial opportunity while taking preventive measures regarding its sectors sounds logical. There should not be another spillover wave of cheap Chinese products into Turkish sectors as in the 1990s and the beginning of the 2000s.

Cooperation with the BRI may ease Turkey's economic and technological transformation into high-valued product producers. Mutuality is an important instrument in the relationship between Turkey and China under the BRI.

Turkey should take advantage of being unique among other regional players as a trade-investment hub for the region under the BRI.

The potential trade volume that comes with being included in the BRI is large. So, Turkey might explore markets in the BRI according to its capability, sectors, and ability to cooperate with partners.

Since the BRI is mainly based on economic gains, Turkey should not be in a foreign policy dilemma between being an ally of the West and China because of this project.

Lastly, there are always other alternatives that include allying economically and technologically with countries such as Japan and South Korea.

The BRI could be considered a pipe dream for now since there is still a long way to go in order to realize the full scale of this project. However, China has endeavored to make its dream come true by investing billions of dollars worldwide. This is China's 21st century's project, the main driver being the need to connect itself with countries from Africa to Europe, and to Asia and America. However, it may be a pipe dream for the rest of the world, especially for borrowers participating in the BRI.

The BRI could be considered the perfect project for all humanity if there were no clashing political sides. China has tried to back the BRI project through many initiatives such as "My Story" at China Global Television Network (CGTN).

On the other hand, issues such as Cambodians complaining of rising expenses following the Chinese investments in their cities have appeared out in a few newspapers. Moreover, to complete this project, countries need a strong, healthy, effective, and efficient cooperative mechanism that provides all participants, regardless of small, middle or big power, mutual understanding to discuss remaining issues, risks, and the level of contribution.

An issue should not turn into economic and political instrument under the framework of the BRI for shaping a brighter future for all.