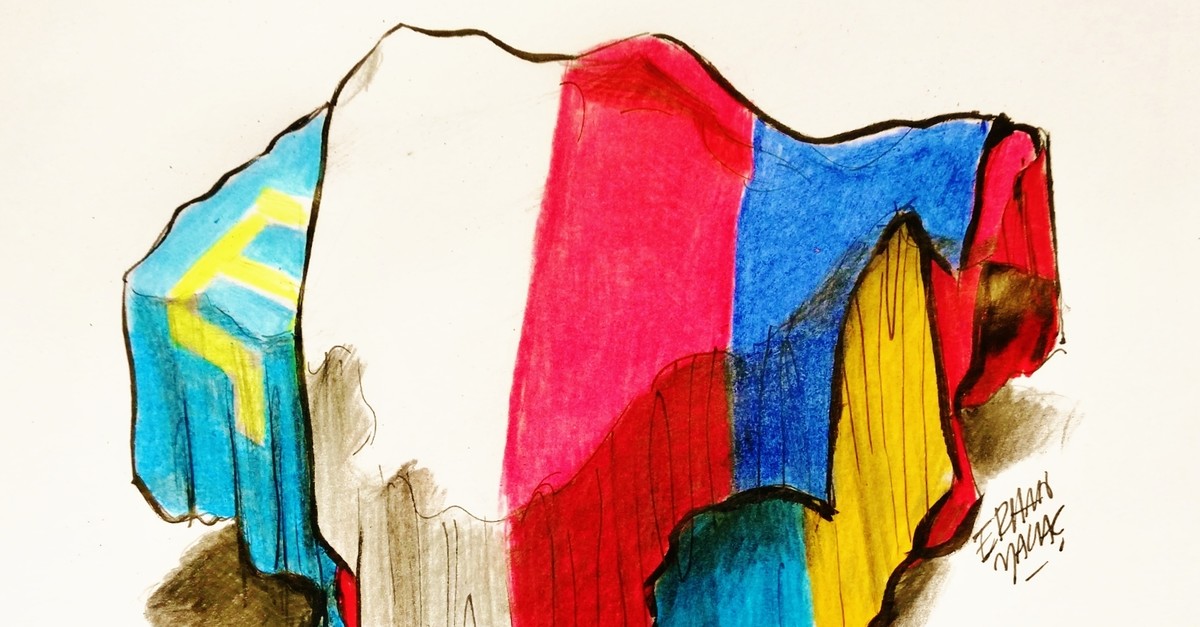 May 2019 marks 75 years since the Crimean Tatars were forcefully resettled from their historic motherland and deprived of their rights for decades. Better known to us as deportation, spontaneous and thuggish, the action affected small children, women and the elderly. In less than two days, 200,000 Crimean Tatars were loaded into cattle wagons and shipped off by rail to the faraway lands of Central Asia. Mainly children and the elderly died on the way – unable to bear the transportation. Moreover, many of the newly resettled, used as forced labor, died from hunger, poor living conditions and illnesses during the first years. Roughly half of them were children under the age of 16.

Those hapless people fell victim to sanctions imposed at random by the Soviet state on the Crimean Tatars for collaboration with the fascist occupation regime. Sadly, by the time of deportation, the actual collaborators had retreated with the German troops, and those who stayed in Crimea were largely civilians. They eventually took on the burden of repression jointly with communities of Greeks, Bulgarians, Armenians and other smaller nations who had stayed in the Crimea under the occupiers though not in collaboration with them.

Eventually, the Soviet state recognized the 1944 deportations as wrong and virtually criminal, but it took those illegally displaced several decades to return home and have the charges removed. Their full rehabilitation was eventually granted in 2014 when the Crimea accessed Russia and President Vladimir Putin signed the relevant decrees.

Not every page of Russian history is glorious. Repressions committed by the Joseph Stalin regime against its country people were recognized as a crime and denounced by the Soviet state years ago. Forced resettlements, widely known as deportations, were part and parcel of those treacherous policies but are still poorly covered and overloaded with contradictions, inaccuracies and fake perceptions.

In 1967, the USSR Supreme Council recognized that "evidence of active collaboration of certain groups of Crimean Tatars with the fascist occupants were groundlessly attributed to the whole population of Crimea after its liberation in 1944."

It seemed that the grounds had been set to restore the Crimean nation their rights and ensure their return to their native land. In reality, this remained just a declaration. It was curtailed by such legislative restrictions as mandatory registration of residence without freedom to change that made legal employment impossible.

The repatriation process started under Gorbachev at the end of the 1980s, as forced resettlement was recognized as a "violation of law and a crime" and deportation of the Crimean Tatars and other nations was officially denounced. Also, a special commission on deportations was set up by the government that later approved its recommendations to grant political rehabilitation to the illegally resettled and open a revision of the criminal cases against them, including on engagement in the national movement of the Crimean Tatars. The actual return started after the USSR Council of Ministers issued a decision in July 1990 to provide repatriating Crimean Tatars with land lots and construction materials for housing free of charge.

After the Soviet Union fell apart, the acts and decisions taken by the USSR retained their validity in the Russian Federation, its successor. In Crimea, as a part of independent Ukraine, they stopped working while the emerging state failed to adopt the required legislation. As such, it became problematic for those moving to Crimea in the 1990s to acquire and legalize land for housing and register their residence. Eventually, it resulted in acts of spontaneous and arbitrary land seizures to create a major problem for modern Crimea.

Today, a variety of nations and nationalities live in Crimea, creating a unique multicultural patchwork. Its total population is 2.2 million, and the majority are Russians (68 percent) followed by Ukrainians (16 percent) and Crimean Tatars (11 percent).

Before World War II, Crimean Tatars accounted for around 25 percent of the population, second only to Russians. Their language was recognized jointly with Russian as the official languages of Crimea, which enjoyed a status of autonomy. After the Germans took over Crimea, the occupation regime resorted to encouraging Crimean Tatars to collaborate.

According to the fascist archives, around 12,000 Crimean Tatars, virtually all the male population of draft age, contracted their volunteers' battalions. By Soviet sources, "They received a regular salary and food rations, didn't pay tax and received the best lots of grapes and tobacco confiscated from plantations."

Those battalions gained notoriety for committing atrocities against civilians and punitive actions against Soviet partisans. For this, right after the liberation, the Soviet state accused Crimean Tatars of high treason and collaboration with the fascists. The whole nation was labeled as traitors at random and was forcefully resettled to faraway regions without the right to return.

Crimea lost its status of autonomy, was merged with the Russian Federation, and its southern regions, traditionally inhabited by Crimean Tatars, were virtually deserted. For more than a decade those deported were subjected to a brutal regime of resettlement that was eased under Nikita Khrushchev but the accusations of high treason were not removed.

Full rehabilitation was finally granted after accession with Russia in 2014. "The Crimean Tatars have returned to their historic motherland. All the political decisions should be taken, I believe, to restore their rights and honor in full," President Vladimir Putin said on March 18, 2014. The president signed a relevant decree on April 21, 2014, that rehabilitated Crimean Tatars, Greeks, Bulgarians, Armenians, Germans and later Italians.

The pivotal decree laid the ground for simplifying the registration of property rights of the rehabilitated Crimean nations, while resolving disputed issues in compliance with the legislation of the Republic of Crimea. Moreover, legal acts enforced by the USSR and suspended by Ukraine acquired anew their validity in line with the Crimean legislation.

Russian statistics reveal that, as of May 2014, around 20 percent of Crimean Tatars lived in temporary dwellings built on illegal and arbitrary seized land lots that totaled 10,000-11,000 households. On July 30, 2014, the State Council of Crimea adopted a law on arbitrary occupation of land that granted, without requiring consent of the nominal owner, a land amnesty to the lots occupied by Crimean Tatars, victims of political repression and illegal resettlement. In line with it, those who physically occupied the arbitrary seized lands got the right to have it duly registered or legally receive in exchange a similar lot in a different location. As a result, by 2018, more than 3,500 registered their lands with Russia's property rights registration system and became the legal owners, while 5,000 land lots were made available for exchange. By 2019, assistance has been granted to around 4,000 families out of 10,000 that need it.

Accommodation and financial assistance for housing construction was also given to 60 and 160 families in 2017, and in 2018, to 120 and 100 families, respectively, and the process continues gaining momentum.

Education, culture and religion traditionally intertwine in Crimea. Today, there are 350 functioning mosques, and 90 of them are new, while construction of the Buyuk Djuma Cami, a large mosque in Simferopol, is planned for completion this year.

Economically, Crimea continues relying on subsidies from the Russian federal budget primarily allocated for infrastructure projects with potential to build a self-sufficient Crimea. Electricity generation and water supply are of priority and two power plants, with outputs of 450 megawatts each, were recently completed in Crimea, while a mega water supply project is under way to establish a sophisticated system of channels.

The results may look modest; nevertheless, they lay solid grounds for the Crimean nations to build anew their home economically, culturally and politically. The process is still young, but it continuously gains momentum.

For the people of Turkey, Russian history is a field with potential for deeper knowledge – be it the times of the Russian Empire, the Soviet period or now. Knowing each other better is the main source for building trust and mutual respect between Turkey and Russia. Time shows that unbiased information helps heal the sores left by lopsided propaganda. It's important to have the final truth established to relieve ourselves of the burden of mistrust and misconceptions.