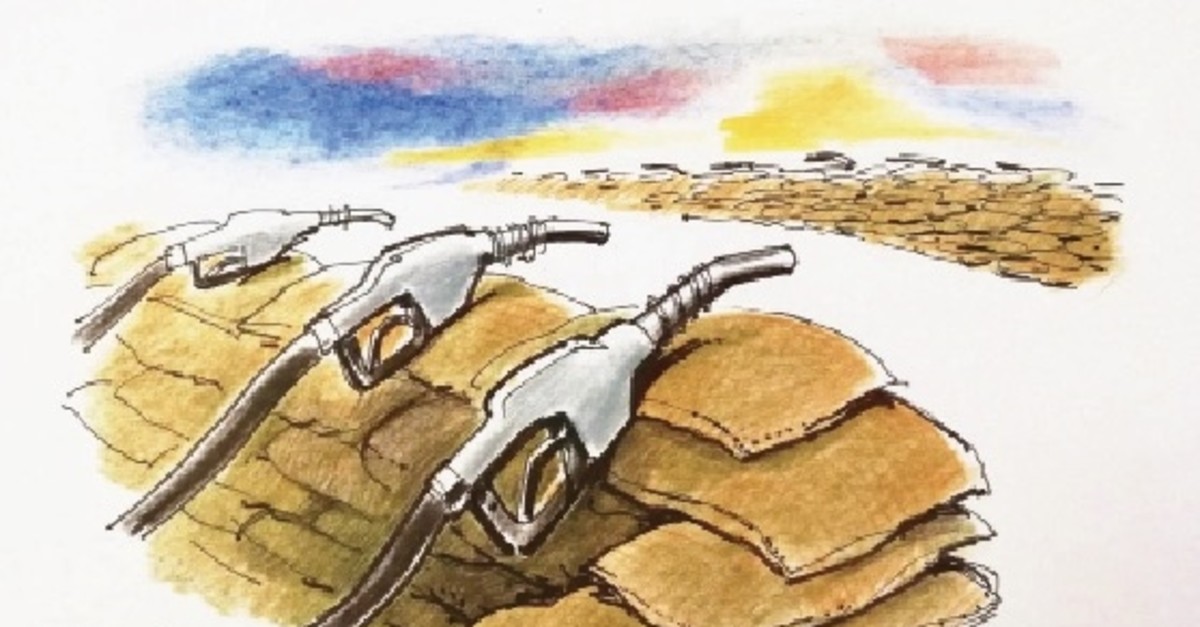 We are currently in the second phase of ongoing jitters between the U.S. and Iran in the Strait of Hormuz. Tensions have also heightened naturally as a result of the attack on the United Arab Emirates' (UAE) oil cargo ships off the coast of the Fujairah region. When we think that similar events have started to increase in the last two years, it's worth noting that the current situation we are in is not surprising. In the last six months when Brent crude oil prices increased by $35, it will be useful to evaluate how developing economies are affected by this situation and how China and India will respond to the countries in the region.

If we recall the period when Brent prices had declined from $95 to $49, the European economy had begun to slow down, influenced by both global trade wars and uncertainty surrounding Brexit, indebtedness on the global scale had reached about 245 percent of national income, and the global economy had had to face the danger of recession. Meanwhile, emerging economies such as Poland, India, Mexico, South Africa and Turkey had one question in mind: Would energy prices and commodity product prices continue to remain unreasonably high while the world continued to shrink? Unlike the risks that could be managed in the short term, running a deficit even in one of the fields of security, employment or energy, which takes up the largest share among annual budget items, did not seem possible.

It is important to note that recently, especially at a time when global tensions have been exorbitantly high, defense industry expenditures have increased by 135 percent compared to the 2000s. It is very difficult to have a budget surplus in a period when export figures have started to decline and U.S. President Donald Trump feeds off of rows and tension. The continuity of this situation is very important for countries that are moving toward renewable energy sources on a global scale. While using wind and solar energy to generate low-carbon electricity was seen as uneconomical in the early 1990s, the costs of these technologies have seen a significant decline in the last 10 years. Especially nowadays when fossil fuels are not really that cost effective, it's high time for countries that have suffered from U.S. sanctions while trading with Venezuela, Russia and Iran to take care of themselves.

According to the Chart of the Week in the International Monetary Fund (IMF) April Economic Outlook, the highest decreases in prices among low carbon energy sources between 2009 and 2017 were seen in solar and wind turbines, while solar panels prices fell by 76 percent and turbine prices by 34 percent. With the fall in prices, these resources rivaled fossil fuels and more traditional energy sources such as hydroelectric and nuclear power plants. On the IMF blog, Christian Bogmans wrote that the global investment in renewable energy capacity had increased over the last decade, with solar and wind energy becoming more cost-effective sources of energy, and that the highest global investment in renewable energy resources, which was made in hydro power up until 2008, was made in turbines in 2009. As you can see, there has been an incredible shift toward hydro energy sources and shale gas. Considering the fact that Mercedes and BMW will only be manufacturing electric and hydrogen-fueled vehicles from 2023 onward, we must understand that energy costs will change dramatically in the future.

While we await the future of oil wars, let's see what developing economies are doing. The G15 countries, which went through a painful 2018, have still not managed to get rid of their systematic risks despite the fact that the month of May is nearly over. If structural problems are not solved, faster growth and recovery does not seem plausible either. Medium-term risks combined with issues like low productivity rates and income inequality are causing more hybrid economic vulnerabilities. The fact that the countries that acted in unison to overcome the economic crisis in the 70s and 80s are now trying to trip up each other and refrain from integration and cooperation is the biggest proof that these problems will not go away that easily.

Meanwhile, public debts are experiencing serious problems in terms of sustainability. The decline developing countries are experiencing in revenues from sales and goods of services and financial weaknesses are some of the most important problems that need to be solved. I think that China and India will not recover until the end of 2019 and 2020, and Russia will not reach the level it wants as long as Brent oil prices stay below the $100 mark. The main problem that South Africa, Poland, China, Pakistan and Turkey, which cannot create the domestic demand they want in times when energy costs are low, is income inequality in capital accumulation.

As of 2018, when the inequality between production and salaries reached a peak, we had to make a decision. The imbalances between the increase in production and rise in salaries is making the middle and lower segments of the working class pessimistic at the point of demand and causing them to make U.S. dollar and euro-based savings instead of in their own currencies. This, in turn, causes long-term inflationary pressure and a hard recession.

Tightening global financial conditions are causing the decision-making mechanisms of countries that are entering into obligations in U.S. dollars to tighten as well. We need to underline the fact that countries that are not able to diversify their energy sources due to U.S. sanctions and energy costs will have a hard time as of the third quarter of 2019.

While the burden of rising global debt continues to be a concern for macroeconomic risks, China's reaction to the U.S. will cause global growth rates to be revised.