Looking beneath the S-400 issue 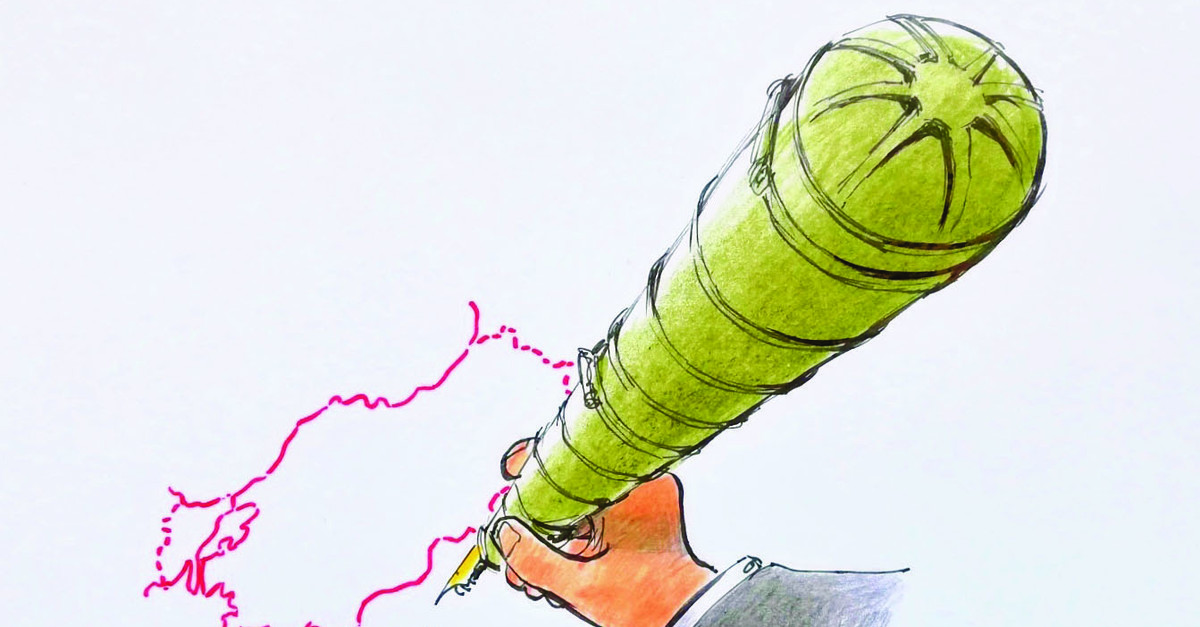 During a Central Decision and Executive Board (MKYK) meeting for the Justice and Development Party (AK Party), President Recep Tayyip Erdoğan left the room to have a telephone conversation with U.S. President Donald Trump. Upon his return, he described how surprised Trump was when he told him, "During Obama's presidency, we wanted to buy the Patriot missiles from the U.S. to fill the air defense gap. But Congress did not allow it." President Trump was not aware of that. In January 2019, the U.S. made a Patriot offer with delivery by 2026. Naturally, this offer was met with disapproval by Ankara. Though it was revised later, the offer paled in comparison with the S-400 offer, which includes numerous advantages for Turkey like joint production and cheap credit, among other things. Besides, the Russians have agreed to the joint production of the S-500 as well, which is a far more advanced system. Turkey's proposal to set up a joint commission within the framework of NATO for clarifying the facts was left unanswered by the U.S. Turkey is sure that the S-400s will not pose any security threat to the F-35 fighter jets. I suppose this is the reason why Turkey's proposal to establish a joint commission remained unanswered.

That the issue does not actually stem from security concerns – i.e., a rational or legitimate grounds – becoming clear would not be good at all.

The weak Patriot offers by the U.S. may be an alternative for Turkey, too. But they are a diversification alternative at best. Ankara has clearly expressed that a Patriot sale, even if the missiles are offered for free, cannot be accepted as a reason for canceling the purchase of the S-400s. Turkey is preparing for a potential suspension of the delivery of the F-35s and for sanctions via the Countering America's Adversaries Through Sanctions Act (CAATSA). It is expected that both measures will be easily passed by the U.S. Senate. It is also predicted that President Trump will choose five lighter sanctions among a 12-item list and try to weather the crisis without serious damage.

This is a brief account of the issue at hand. It can be inferred from the current picture that the issue arose from the purchase of the S-400s and reached crisis proportions, and that the crisis will end if Turkey cancels the purchase of the S-400s, or if the U.S. does not make an issue out of it and delivers the F-35s. But such an inference would be quite misleading as it should be kept in mind that the real issue here is the redesign of Syria and the Middle East.

For some time, it was argued that the U.S. lost interest in the Middle East and decided to focus exclusively on Asia in order to eliminate the threat of China. However, the Middle East has not lost and will never lose its importance due to such concerns as the protection of Israel, control over energy basins and, of course, natural gas and oil reserves in the Eastern Mediterranean. Countries like Egypt, Saudi Arabia and United Arab Emirates (UAE) have been aligned with Israel. Hawkish politicians rule the day now. Nowadays, even the mention of a two-state solution to the Israeli-Palestinian conflict has become impossible. Instead of dialogue, use of force and submission are prioritized. Autocracies that had been alarmed at the Arab Spring were eventually made to toe the line with Israel's violent, unilateral and imperious policies.

Surely, Turkey appears to be the foremost power in the Middle East, the Balkans and the Caucasus. In fact, Turkey was among the first countries to recognize Israel and one of the few Muslim countries where Jews can live in safety. While serving as prime minister, President Erdoğan threw his weight behind a two-state solution. The prestige of Turkey and Erdoğan in both Israel and Palestine and in the Islamic world, coupled with an ability to communicate with both sides, offered enormous opportunities.

But what is obvious is that the developments that followed the Arab Spring have emboldened Israel a lot. The division of Syria into three zones and the creation of a secular PKK statelet along the Turkish border provided Israel extensive maneuvering area in addition to ensuring control over energy corridors. It would be foolish to advance the agenda on a two-state solution under such favorable circumstances. Total annexation of Palestine and presentation of pseudo offers will ensue as a corollary.

As the axis has undergone such a radical change, Erdoğan's Turkey began to be seen as a hindrance.

What has been set in motion since the Gezi protests was a coup process targeting Erdoğan. The West has supported and provided legitimacy to all these processes. It has intervened in every election with all its force. Fetullah Gülen's deep state that had infiltrated the state, civil society and every social segment was mobilized. The PKK, Daesh and the Gülenist Terror Group (FETÖ) were aligned and put in action, along with various large and small terrorist groups, against Erdoğan.

Meanwhile, the U.S. has invested a lot especially in the PKK, to which it was going to hand over northern Syria, giving it sophisticated weapons and providing training. A PR campaign intended to legitimize the PKK under such names as the Democratic Union Party (PYD) and Syrian Democratic Forces (SDF) was launched. Turkey has defeated that attempt through effective resistance.

FETÖ's coup attempt on July 15 was welcomed across the world, with no effort to hide the pleasure. Further, some organizations even published continual radar image updates of the location of Erdoğan's plane. In parallel with the degree of satisfaction provided by the coup attempt, the extent of frustration with its failure was equally great. An effort to safeguard the "rights" of Gülenist putschists followed immediately, while the coup itself and the murders were ignored.

More surprisingly, Turkey quickly recovered from such a big catastrophe in economic, military and social terms, and drove Daesh out of Jarablus and al-Bab with Operation Euphrates Shield, immediately after the attempted coup. And it did that in quite a professional and humane way, unlike those who razed Raqqa to the ground with indifference to civilian casualties.

Not only that, Ankara has also cleared Afrin of the PKK with Operation Olive Branch. By cooperating with Russia and Iran it prevented a possible humanitarian disaster in Idlib. Of course, as it cannot bear the burden of a new refugee influx, Turkey will share this risk with Europe in particular and will even pass on this risk to it.

In brief, that Turkey managed to stand seems to have largely prevented the redesign of the Middle East. The idea that fictions can easily replace facts is the Achille's heel of design efforts. But there is always a huge gap between what is planned and what actually happens.

Turkey has completed all preparations to cross to the east of the Euphrates and expel the PKK from the region. It is seriously determined to do this. The result of the Istanbul elections will not change its plans. As it is imprudent to not have air defense systems in such a region, Ankara will certainly acquire the S-400s. The responsibility for this decision falls on its allies, since they try to replace a valuable and loyal ally like Turkey with the PKK and FETÖ. The leader of FETÖ, which killed 251 citizens and bombed the Parliament during the coup, is still hosted in the U.S. This is no different than hosting Daesh leader Abu Bakr al-Baghdadi in Ankara.

I believe that Turkey and the U.S. can find a solution in Syria. But it cannot be achieved through threats. Allies respect each other and do not cooperate with each other's enemies. Turkey is no Egypt, and Erdoğan is no Abdel-Fattah el-Sissi. This should be recognized before any solution can be reached.