Who threatens whom in US-Iran rift? 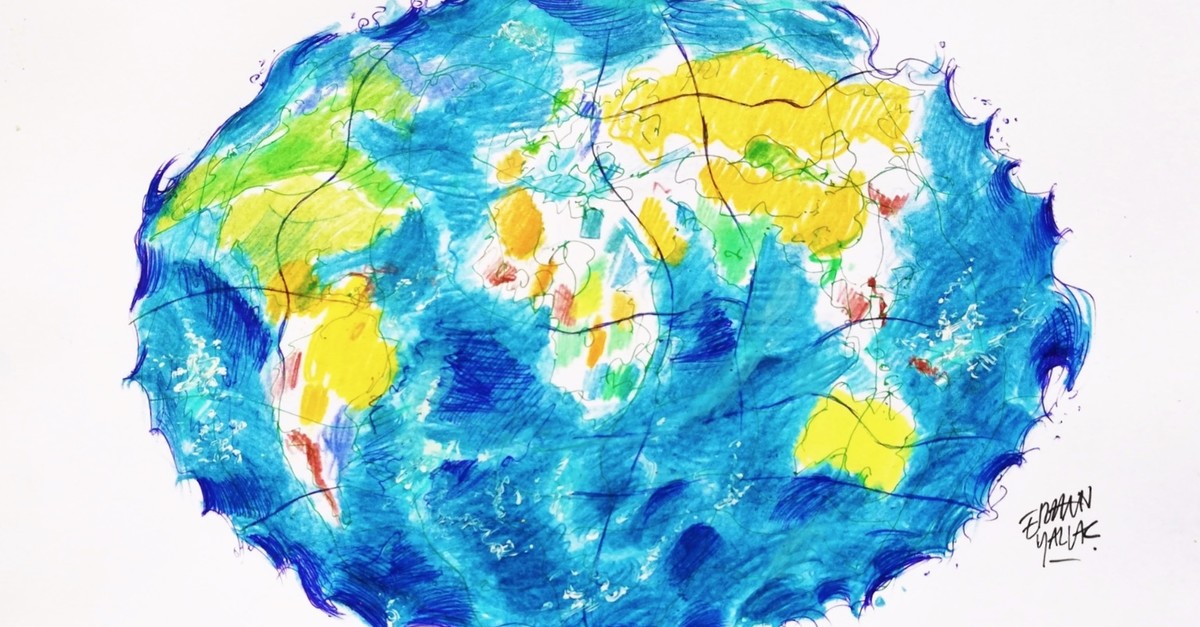 The threats leading to coercive policies between Iran and the U.S. are the main source of tension in regional and global politics

On May 21, Patrick Shanahan, the acting U.S. defense secretary, claimed that the alleged threat from Iran had diminished as a result of an American show of force in the Middle East. All the while, democratic lawmakers have been warning that anti-Iran hawks in the Donald Trump administration are laying the groundwork for an armed conflict with Tehran.

What are these show of forces for? Why is the U.S. this afraid of Iran? Is it a case of: "Every madman thinks all other men mad?"

As a country with a dark history of war, occupation, genocide and war crimes, the U.S. is certainly afraid of every tiny move around the globe. In contrast, the Islamic Republic of Iran believes that prevention is better than rehabilitation.

So, Iran has always taken necessary actions for defensive purposes since the inception of the Islamic Revolution. On top of that, it reacts to threats with diplomatic language first and if it does not operate, it would prefer to recourse to international communities before applying the same language as the source of the threat.

Despite that, there are questions that are repeatedly being asked like who is afraid of whom, and who is really threatening whom and what will happen if the U.S. attacks Iran? These questions look preposterous but are legitimate considering the history of the two countries' ties. Therefore, the goal is to really understand that misunderstandings in the interpretation of the threats both for Iran and the U.S. affect the nature of the threat's perception.

It does no good to lambaste pugnacious American foreign policy since its warlike policies are part of the inseparable and undeniable characteristic of a typical superpower.

Contrarily, it is unjustifiable to scrutinize a targeted country for their defensive measures. The latter applies to Iran, despite the fact that the country has also been jockeying for resolving the gaps and differences with the West, specifically with the U.S. through diplomacy and negotiations.

Based on the characteristics of a typical superpower, adoption of provocative actions and threats are undeniable parts of U.S. policies. However, the U.S. officials' miscalculation of many parameters in foreign policy decision-making will leave the U.S. with a much bigger failure and more damage than that seen post-Iraq or during the Afghanistan war.

The parameters are as follows. First, the U.S. has invested a vast budget and energy on Iranian society to take full control of the country. We can't claim that the U.S. policies in this regard were not effective. However, a U.S. war with Iran would be one of the biggest mistakes, I dare say, in the history of American foreign policy. Despite many uprisings and demonstrations against the system in Iran, Iranians will never support any military action against the country, and the system is still capable of mobilizing people any time for a counterattack.

The Trump administration has been threatening Iran through forming alliances with some of Iran's Persian Gulf Arab neighbors to convince world leaders and international communities that Iran is a threat. It has neither the support of other political parties in Congress nor in international organizations. Other major allies of the U.S. are not showing willingness to support U.S. military action either.

Accordingly, the world will see an unpremeditated attack of the U.S on Iran as a bolt-from-the-blue act of aggression. If this happens, the U.S. will face more isolation.

The Trump administration's threat on Iran would probably compel the U.S. military to take an insane action or it will walk away from its warmongering and expose the U.S. as a vulgar, bullying blowhard.

As part of my recommendation, Iranian officials should better consider parameters, as well.

First, Iran should avoid following the U.S. officials' language of war, since the U.S. is a superpower and it would be a mortal folly to enter into a military confrontation with it. Yet, according to what the world has witnessed, at least in modern history, this country is always on the lookout for an enemy, both in its neighborhood and on other continents.

While doing so, it has all the capabilities to ultimately whitewash the traces of its war crimes in the post-war era by manipulating international treaties and benefiting from the necessary support. It can even do it by including the support of international communities as well as international and regional organizations.

The impracticality of a torrent of condemnation and criticism aimed at the U.S. and its allies in the post-Iraq occupation period and other types of military violence are supporting this argument.

If Iran's show of military power and counterattack rhetoric in the Persian Gulf, in particular regarding the closure of the Strait of Hormuz, does not correspond to its real military might or capabilities in the case of the U.S. attack, it will motivate and empower the U.S. and its allies to do more bullying and sharp elbowing in the region. If Iran retracts its current military standing in the Persian Gulf, it will be the biggest political and security fiasco for Iran and will enforce Iran to compromise desperately and thus push Iran into more isolation.

The certain defining feature of superpowers emerges from relatively similar and commonly know n policies and approaches in global politics and international relations but may become operational in different ways in various situations. This feature may also unfold differently in the case of Russia, Britain or China for instance, based on the nature of each country's geopolitics.

These superficially similar policies but differently operated structures transformed the global geopolitics, the transformation of which came out as a recipe of more chaos in the world and much more violent struggles among the superpowers and their proxies around the globe, mostly for regional hegemony.

In the gradual phase of recent struggles for hegemony, one or two rivals often prevail by taking sides with the targets, but these opportunists' ultimate goal is the same as that of the major rivals. Despite this fact, the targets are often left with no choice but to concede to the conditions brought to the table by opportunists. At the same time, the lack of cohesion and functional interaction among the potential targets – mostly developing and underdeveloped countries – also increases the potential of the superpowers.

In such an environment, two different but closely interconnected sets of developments in global politics occurred during the last one or two decades: The shift in the global balance of power and a departure of superpowers and regional actors from multilateralism and the tendency for a patriotic sentiment, which have had considerable impacts on the geopolitics of the world.

These developments have either left global politics obsessed with a road map for establishing sustained regional and global order through stable international cooperation or have had serious effects on global cooperation – apparently, not for the better.

Likewise, in the regional scope, there are some countries, in particular the Persian Gulf states, that have been seduced or motivated to gradually change their regional and international polices with foreign intervention, in particular from the U.S.

This shift has made the identity gap deeper among the regional countries despite possessing some common aspects such as geography, religion and to some extent, culture.

As a result, the regional countries embraced the doctrine of patriotism, but in rhetoric exhibited their tendency for globalism and/or multilateralism. Their policies have become far less compatible with the spirit of regional cooperation.

Knowing this, it would be unjustifiable to chastise the policies of those targeted countries like Iran, which rightly adopted defensive measures and has never been the first to threaten others, let alone take military action.

The foreign policy in the light of diplomacy with a defensive stance is usually an unchangeable principle and specific characteristic of Iran. A reaction in the form of a counterattack is the last alternative Iran is considering. The defensive understanding is based on the fact that defense never means staying behind national borders watching other powers' and their proxies' provocations and pressures.This kind of understanding has motivated Iran to adopt multilateralism and has strengthened regional and international cooperation mechanisms. Iran's insistence on this understanding is the cause of the White House's recent beating of the drum to attack Iran. It has been a temptation to make a fuss about the Iranian threat in the Persian Gulf and the Strait of Hormuz or generally in the Middle East.

Threats are a phenomenon in the complexity of global politics. The perception of a threat has always been a central topic in intergroup interactions as well as in international relations literature. Threat perception often emerges when one side of a potential conflict is in a weaker position in terms of – mostly military – power, which means asymmetries in the military power may automatically trigger this perception and conflicts as well.

The U.S. military's continuous threats and rhetorical retreats through official and unofficial statements are for setting a new agenda behind the scenes. It is not because the U.S. military may come to a conclusion that the Islamic Republic's military is really punching above its weight.

Although this agenda setting may decrease the probability of a real war between Iran and the U.S., it may in the long run enforce changes in various parameters for both sides such as political stability, economic capability and military strength that are the main elements in measuring the balance of power among states.

At the same time, the extent that an action can be interpreted as a threat may depend on the history of the two sides' background of conflicts.

Thus, based on the historical facts, there has been neither a real war nor long-lasting cooperation between the two countries, but rather some consensuses between them when and wherever it has been necessary for the preservation of their strategic interests.

The threat for Iran and the U.S. can be interpreted based on the history of their interactions and counteractions and the variety of tools they have employed to enforce the other side to retreat wherever and whenever it has been applicable. With this analysis, it is possible to guess who is threatening whom and hope to avoid misunderstandings in the interpretation of threat that has adversely affected the nature of the perception of threats.