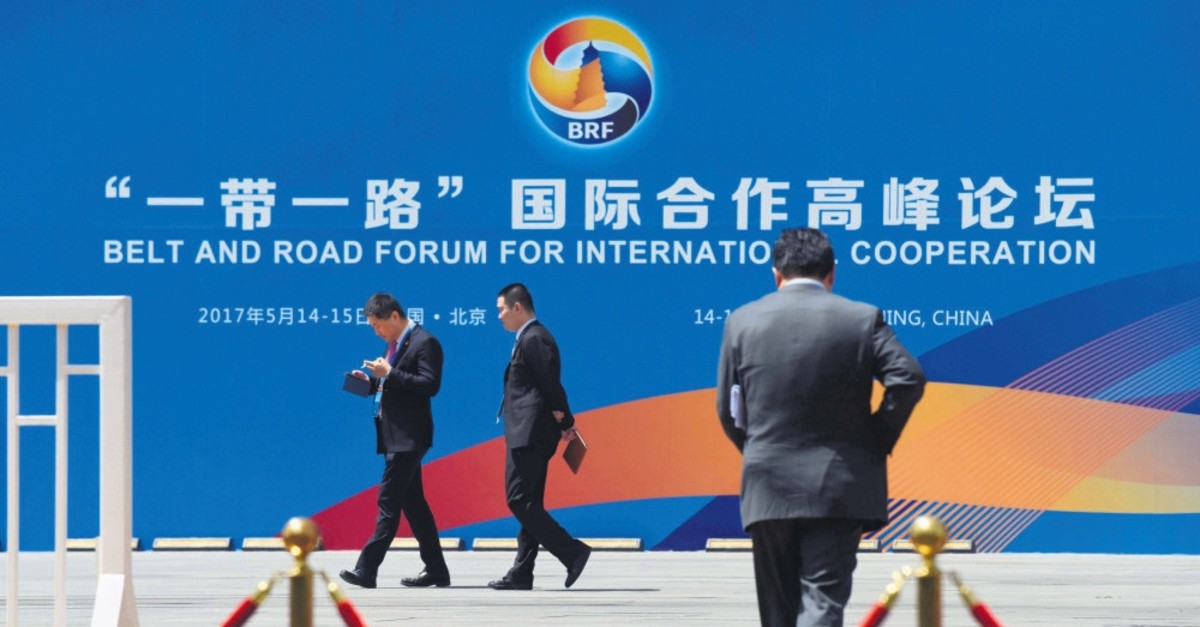 The Belt and Road Initiative has offered ample opportunities, especially for South Asia, yet major players like India and the U.S. continue to oscillate between cooperation and competition

Moreover, the current regime in China has devised a new plan to sustain its economic growth and is seeking energy resources. Therefore, availability of energy resources is crucial for China's sustainable development goal. This new plan includes regional and global interdependence through the Belt and Road Initiative (BRI), placing China at the center of transcontinental economic relationships.

The BRI is an exceptional plan to connect China with Southeast Asia, South Asia, Central Asia, Russia and Europe by land, while at the same time creating a 21st century maritime Silk Road, a sea route connecting China's coastal regions with Southeast and South Asia, the South Pacific, the Middle East and Eastern Africa, all the way to Europe. This long-term strategic transcontinental passage along six economic corridors for the purpose of regional integration is expected to increase trade and stimulate economic growth. Previously, the BRI was named "One Belt, One Road" (OBOR), coined in 2013 by Chinese President Xi Jinping, who placed his inspiration on the concept of the old Silk Road established during the Han Dynasty 2,000 years ago. For centuries, the ancient network consisted of trade routes that connected China to the Mediterranean via Eurasia. The BRI plan's five major priorities include: policy coordination, infrastructure connectivity, unimpeded trade, financial integration and connecting people. The estimated cost of the BRI is $1 trillion, with investments largely focused on infrastructure development for ports, roads, railways and airports, as well as power plants and telecommunications networks. So far it covers more than 70 countries with 65 percent of the world's population and sources for around one-third of the world's gross domestic product.

Moreover, the BRI is being financed by the Asian Infrastructure Investment Bank (AIIB), which has over 50 signatories, thus dividing the risk of the BRI among the partner nations.

As a result, the BRI plan has linked the regions of Asia-Pacific, Africa and Europe through six economic corridors in which the China-Pakistan Economic Corridor (CPEC) is the flagship project and an iconic model of China's infrastructure investment and economic development in Pakistan. Likewise, Bangladesh-China-India-Myanmar (BCIM) is another incredible economic corridor of the BRI plan in the South Asian region. As Geng Shuang, a Chinese Foreign Ministry spokesperson stated: "The CPEC and BCIM economic corridors are both significant cooperation projects under the framework of the BRI." The plan's agenda is solely based on regional cooperation, infrastructure investment, economic development, financing and a win-win policy. Therefore, the BRI will increase frequent economic advantages for South Asian countries.

Unequivocally, it is believed that the BRI is an ambitious venture and ongoing project that has the potential to change regional and global power dynamics. Although it is an economic project, the initiative has drawn skepticism from Washington and New Delhi and increased regional tensions. Washington claims that Chinese-led economic and financial initiatives like the BRI and the AIIB are manifestations of Beijing's geopolitical ambition and are long-term challenges for Washington's standing in the Indo-Pacific region. For example, Gwadar Port's development and its functioning gives leverage to China's naval power in the Indian Ocean, which is perceived as a potential adversary of the U.S. naval supremacy in one of the world's busiest waterways. To counter Beijing's growing power, Washington has elevated its strategic partnership with India.

Nevertheless, Chinese decision makers have announced and practiced an optimistic and positive-sum approach; and some in Washington, especially among the Democrats, has viewed the Sino-U.S. relationship as a competition-cooperation nexus. As Bill Burns, former deputy secretary of state, put it, "A healthy Sino-U.S. relationship is central to the future of the Asia-Pacific region and the world economy." Likewise, Daniel Russell, the assistant secretary of state for East Asian and Pacific affairs from 2013 to 2017, believes that new models of global governance that promote healthy competition as well as cooperation in big challenges are needed to address the changing dynamics between the U.S. and China, and the latter's new regional initiatives could be a road test of the country's emergence as a world leader.

In South Asia, both India and Pakistan are exceptionally significant. The approach from both sides has been stuck in a zero-sum game since the day of their independence. China being the most neighborly actor of the South Asian region has played a central role in maintaining a balance in its relations with both Pakistan and India; whereas the U.S. has been unable to do this. It is argued that a weak Pakistan is neither in India's nor China's interest, targeted as it is by terrorism. In Beijing's eyes, there is no need to focus on old problems, what is required is "new thinking and new methods." As for Afghanistan, China has contributed well in the quadrilateral coordination group to facilitate a peace process between the Afghan government and the Taliban. Likewise, it's a good sign for the CPEC project that Afghanistan has supported it and wishes to participate.

Moreover, except for a few diplomatic issues between China and India, China still has good relationships with India in terms of trade and business.

As Chinese Ambassador to India Luo Zhaohui said, "It's natural for neighbors to have differences. When differences can't be solved for now, we should properly manage them and focus on cooperation."

Thus, the best characterization of the China-India relationship is that Beijing and New Delhi are compartmentalizing their differences so they can move forward on other issues.

Likewise, Indian analysts and policy makers accept that China's investments – both in manufacturing and the infrastructure development – could play major roles in prompting the preferred growth of the manufacturing sector in India. The trade between China and India has grown at over 30 percent per year since 1999. India is very interested in increasing its economic cooperation with China, particularly in the technology sector.

"There's a common perception on both sides that India does software and China does hardware, and the two of them together could build a new Asian market," Segal said.

An Indian analyst, Sumit Ganguly says India has "status anxiety" regarding relations with its northern neighbor and is frequently staring over the Himalayas at China. On the other hand, China realized economic reforms and developments just a decade before India did and now China's per capita income is approximately three times that of India. China also benefits from a better world standing – including U.N. Security Council membership.

Undoubtedly, Indian incumbents have no interest in trying to contain China, and their entire policy is to hunt for the best possible relationship with their neighbor. Likewise, Indian academics agree that neither the United States nor India is making any attempts to contain China.

* Researcher at the Center for Global Studies, Shanghai University